You are here: Home1 / When Stalin’s dream came true

Stalin would not have listened to his advisers had they told him, between two consecutive death sentences, to be careful what he wished for! This may explain why Stalin was not very popular among his collaborators, including those who, by some miracle, had survived him for a while.

The constant questioning of the role and importance of the UN by people who often seem unaware of its history came to my mind as I was preparing my notes for the next of Diplo’s courses on multilateral diplomacy. The history of the birth of the Charter is crucially important in understanding its position, and why, ironically, Stalin’s vision has now been realised’.

At present, we understand that the entire political and legal construction of the United Nations was appraised in comparison with the League of Nations. We can never overstate the importance of the League of Nations, an unprecedented global political experiment. Its results were of tremendous importance for those visionary people searching for a successor organisation with a more robust constitution.

Not only the United States (to which we ought to attribute most of the credit for the creation of the United Nations and the intellectual property over the concept behind the League of Nations), but also the Soviet Union tried hard to learn the necessary lessons. The latter, from its own peculiar wish to unite all the proletarians of the world, not just the Allies in World War II!

To understand the position of the Soviet Union in the initial stages of the journey of the United Nations, one should remember the final episodes of its predecessor. In December 1939, as a result of the invasion of Finland, the Assembly of the League voted for the expulsion of the Soviet Union, which had been admitted five years before. This event could not have passed without consequence for Soviet policy with respect to the new organisation.

In 1941, Franklin Delano Roosevelt and Winston Churchill, through a ‘Joint Declaration’, known as the ‘Atlantic Charter’, enunciated a number of principles. Some referred to the peace settlement, but there were also ideas which would later inspire the negotiation of the United Nations Charter.  In 1942, the signatories of the ‘Declaration by United Nations’ became eligible for membership in the future organization. In 1943, with the Moscow Declaration, the United States, the United Kingdom, the Soviet Union, and China recognized the necessity of establishing a general international organization for the maintenance of international peace and security. In 1944, at Dumbarton Oaks, a constitutional plan was conceived and broadly agreed. Each proposal was examined in a light which would allow the elimination of the vulnerabilities induced by the Covenant of the League of Nations and improve the functionality and efficiency of the United Nations. The agreement did not include the voting procedures in the Security Council, an issue on which a compromise was reached in Yalta, in February 1945.

The interest of the Soviet Union (let us call it, at this particular point, the Union of Soviet Socialist Republics) was to stay free from any restrictions to her sovereignty, like bothersome sanctions, interventions, and supervisions. To that end, Stalin tried to keep as much leverage as possible via the veto privileges in the Security Council, but also to get protection in the General Assembly against the emerging majority which was likely to be controlled by the Western powers and other ideologically like-minded countries. 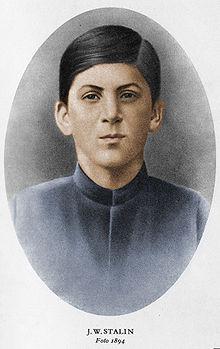 Stalin did not live to see his dream come true. In 1991, Estonia, Latvia, and Lithuania became members of the United Nations. So did Armenia, Azerbaijan, Georgia, Kazakhstan, Kyrgyzstan, Republic of Moldova, Tajikistan, Turkmenistan, and Uzbekistan, in 1992.

What is now proved was once only imagined, as William Blake would have put it.

Currently, all fifteen former Soviet Republics enjoy full membership and voting rights in the General Assembly. Well, it may not be quite what Stalin had in mind, thank God, but let us not get lost in the detail! At least the General Assembly of the United Nations, unlike the Assembly of the League of Nations, did not have to vote – again – for the expulsion of the Soviet Union.

[WebDebate #4 summary] Can diplomacy be learned on-the-job only?

Is “human rights law” the framework of democracy? – 234

A brain made transparent
Scroll to top