3 January 2019 marks the ten year anniversary of the first blockchain block created. On this day back in 2009 the first block, called the ‘Genesis block’, was mined in the bitcoin blockchain by anonymous online entity, Satoshi Nakamoto, presenting the network changing idea of peer-to-peer electronic cash. The identity of Satoshi Nakamoto is still a mystery, but ten years later, his/her code works great. The first block in the blockchain contained a short text message in the form of a title from the front page of The Times newspaper from that day: ‘Chancellor on brink of second bailout for banks’. 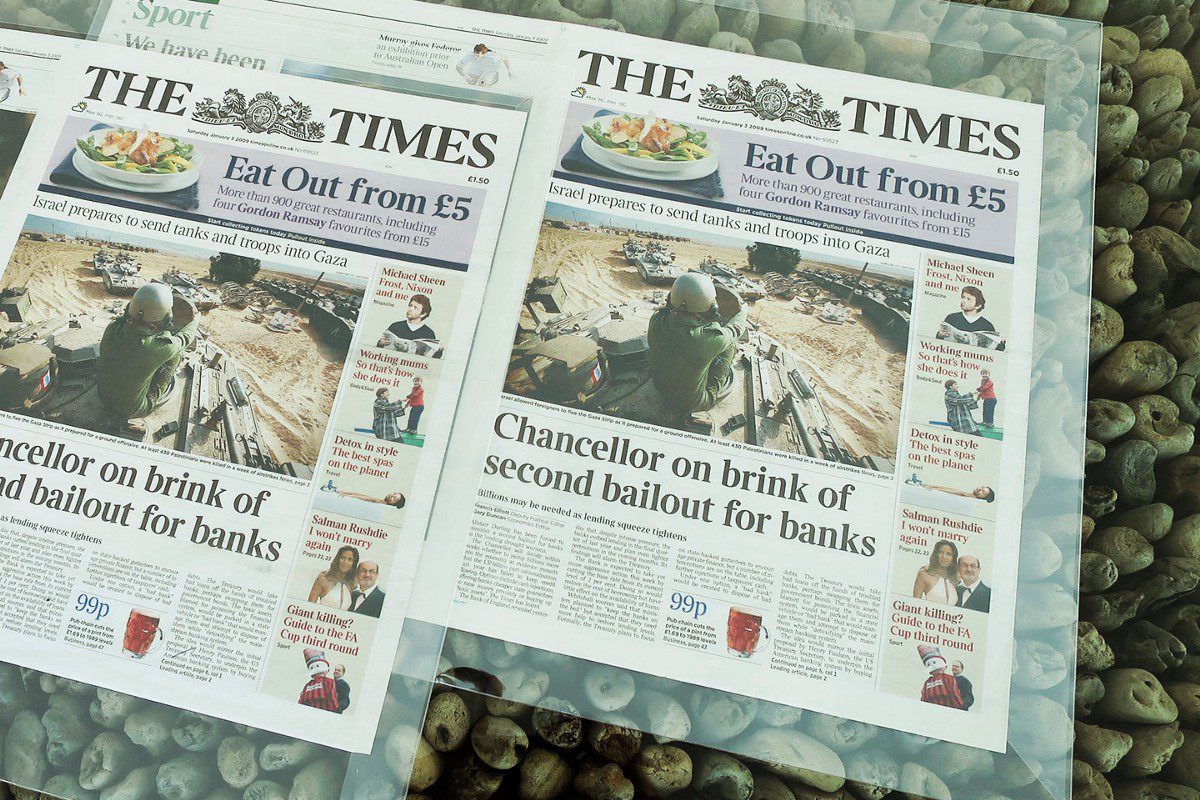 During these 10 years bitcoin and blockchain made it to the mainstream technology and economic news, reaching their peak in late 2017. However, after the hype, last year marked the slide down to the trough of disillusionment, and re-opened some old battlegrounds.

The beginning of 2018 brought the rise of initial coin offerings (ICOs) and predictions of the great value of cryptocurrencies. One of the questions that emerged in the heated debate on data privacy in 2018 was: Is blockchain technology in sync with the global provisions for data privacy, especially when baring in mind the newly agreed upon EU General Data Protection Regulation (GDPR)? Let us shed some light on the undeniable progress made, but also, on some of the unmet promises, regarding for example: governance, infrastructure, and regulation.

2018 made one thing clear: Blockchain and cryptocurrency are not synonyms. Regulators around the world have realised that blockchain technology is a new way of keeping data untempered. In the age of deception and fake news, this feature carries great promise for the future. Governments around the world have announced and proposed laws and regulations, empowering the development of blockchain-based solutions which try to tackle many modern day digital challenges. Remittance, bookkeeping, energy distribution, and financial inclusion, just to name few.

‘Digital identities’ became one of the most talked about developments in blockchain communities. Privacy online advocates promoted blockchain as a way of obtaining data sovereignty for every user on the Internet. It was not only big companies (such as IBM) that went forward in developing solutions, but many international organisations followed this lead.

What happened with the ICOs?

ICOs were one of the most popular ways of public funding for businesses in 2017 and 2018. Unregulated financial securities in the form of crypto-tokens issued by companies, produce massive money input for tech companies. Needless to say, these unregulated waters attracted many fraudsters, marking the crypto-token industry one of the most poisonous. In 2018, the ICO excitement deflated, opening the slot for constructive criticism of this format of funding. No one can deny the obvious underperformance of tech companies promising the aggressive developments of decentralised applications. There is very little evidence of a working system that gains participation or attracted massive usage. Strength of decentralisation lies in numbers, and without massive adoption, these systems will be prone to known attacks and disadvantages. To be fair, aggressive timelines are hard to meet and there is a big volume of work to be done. Nevertheless, many countries will try to tighten the process around ICO’s even further.

Some countries have made the entire ecosystem of the crypto-economy possible and have imposed regulations on both cryptocurrencies and blockchain developing businesses. The most comprehensive set of laws comes from EU island state, Malta. In July 2018, Malta pushed for a set of cryptocurrency and blockchain industry regulations. Passed in parliament in July, the law became valid on 1 November. The set of regulations include: Virtual Financial Assets Act, Malta Digital Innovation Authority Act, and Innovative Technology Arrangements And Services Act.  Moreover, EU member states have signed a declaration which will establish a European Blockchain Partnership in which twenty-two EU countries will share their expertise in the regulatory field.

Also related to ICOs regulation, in the second half of 2018, the European Securities and Markets Authority (ESMA) published a report on ICOs. Switzerland issued an ICO regulation guideline classifying tokens into categories, and meanwhile, in Asia, Japan’s association of online exchanges imposed self-regulatory principles for managing this dynamic area. All of this improved the overall regulatory approach worldwide needed for industry growth.

Regarding data protection, it is important to keep in mind that the regulatory framework around the GDPR was not written with blockchain in mind. Data protection guidelines imposed by the EU could significantly slow down the efforts of blockchain and personal data interaction. In order to address this issue, the French data protection authority issued a guideline on blockchain and GDPR. In our prediction, this is the first document out of many that will tackle this issue.

Bitcoin and other cryptocurrencies experienced a sharp price rally in 2017. Bitcoin was at its all-time-high price at the end of 2017 and everyone predicted the prices would go up even more. However, the get-rich-quick philosophy associated with cryptocurrencies had reached its peak, and since January 2018, the prices of all cryptocurrencies have been in a free fall. Bitcoin and other cryptocurrencies lost more than 80% of their value from the beginning of 2018, wiping out more than USD$ 600 billion from the market. This bear run (in finance, this term depicts a period of time during which prices go down) created a cooling effect among the main financial investors. Going back, bitcoin was already going through several price-to-dollar collapses, each time losing between 60 and 90% of its value (denominated in dollar) and survived only because it proved to be a powerful tool for bypassing broken financial or governance systems, rather than for being a financial trade asset or the future Internet gold. During 2018 we heard once more about bitcoin’s value as censorship resistant money; talks on its massive adoption in remote and/or undeveloped nations, and the need for massive online trade adoption. In addition to these issues, the question of bitcoin’s power in low and lower-middle income countries will remain in focus throughout 2019.

Infrastructure improvements were in focus for bitcoin developers during 2018. During the short period of time in 2017 when the price of bitcoin was extremely high, the cost of transactions on the bitcoin blockchain were also quite high. This meant that one of the main advantages of this system – cheap transactions worldwide – were nonexistent. High transaction costs also evoke and online retailers to withdrew support for cryptocurrency payments. In response, a group of bitcoin developers started developing the ‘Lighting Network’, a network of payment channels which batch transactions and make them fast and ultra cheap (fraction of a cent). The Lightning Network’s growth marked the bitcoin development in 2018 by creating the bedrock for massive retailer adoption in the future.

The highly competitive cryptocurrency mining industry suffered from the bitcoin price drop. In February 2018 the price of bitcoin fell again, cutting mining rewards significantly (actors involved in cryptocurrency mining are reworded for its work on securing the network). Reporting massive revenues in 2017 and the first half of 2018, the once powerful mining companies are now reporting massive job cuts. Other challenges faced by the industry are due to its reliance on energy optimisation and new technology breakthroughs in dedicated chips. The struggle for the cheaper electricity and faster processors is continuing. Main chip manufacturers (like NVidia company) also reported bad results in 2018.

However, at the end of 2018 Blockstream announced the launch of its fifth satellite into the Earth’s orbit. This will complete the worldwide coverage of broadcasting bitcoin blockchain. From mid 2019, bitcoin users will be able to use a satellite dish instead of the Internet to connect to the bitcoin blockchain, and send/receive cryptocurrency.

All in all, we can see how industry around bitcoin responded to some of the challenges it faced last year with innovative infrastructure improvements. 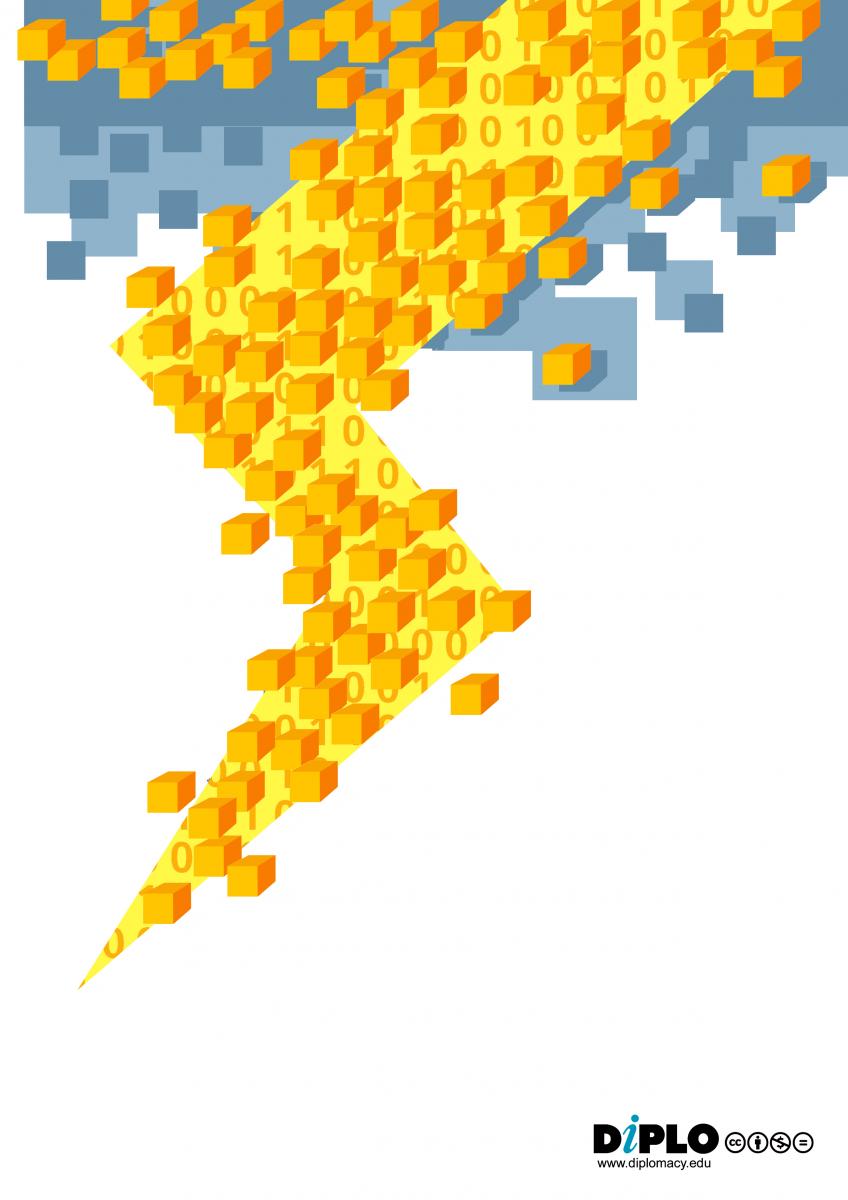 Government backed, or central banking institution issued cryptocurrencies were announced in 2017 and 2018 as one of the possible developments in the cryptocurrency arena, however, they have still not gained traction. Several projects are underway or in a research phase, but the most prominent news came from Venezuela when the country announced the start of the pre-sale of its official cryptocurrency, named the ‘Petro’. This national cryptocurrency is allegedly backed by the governments reserves in crude oil. Shortly after the launch, several countries announced that they will not accept the Petro as an official currency and expressed their concerns that Venezuela’s regime is trying to bypass the sanctions imposed by the international community. As of yet, Petro did not gain a lot of popularity, despite the government attempts to promote it by offering a discount on oil if paid in the Petro cryptocurrency.

2019 might mark an even tougher crackdown on unregulated security offerings trough ICO’s.   Stay with us in 2019, and follow the cryptocurrency and blockchain developments on Digital Watch Observatory. 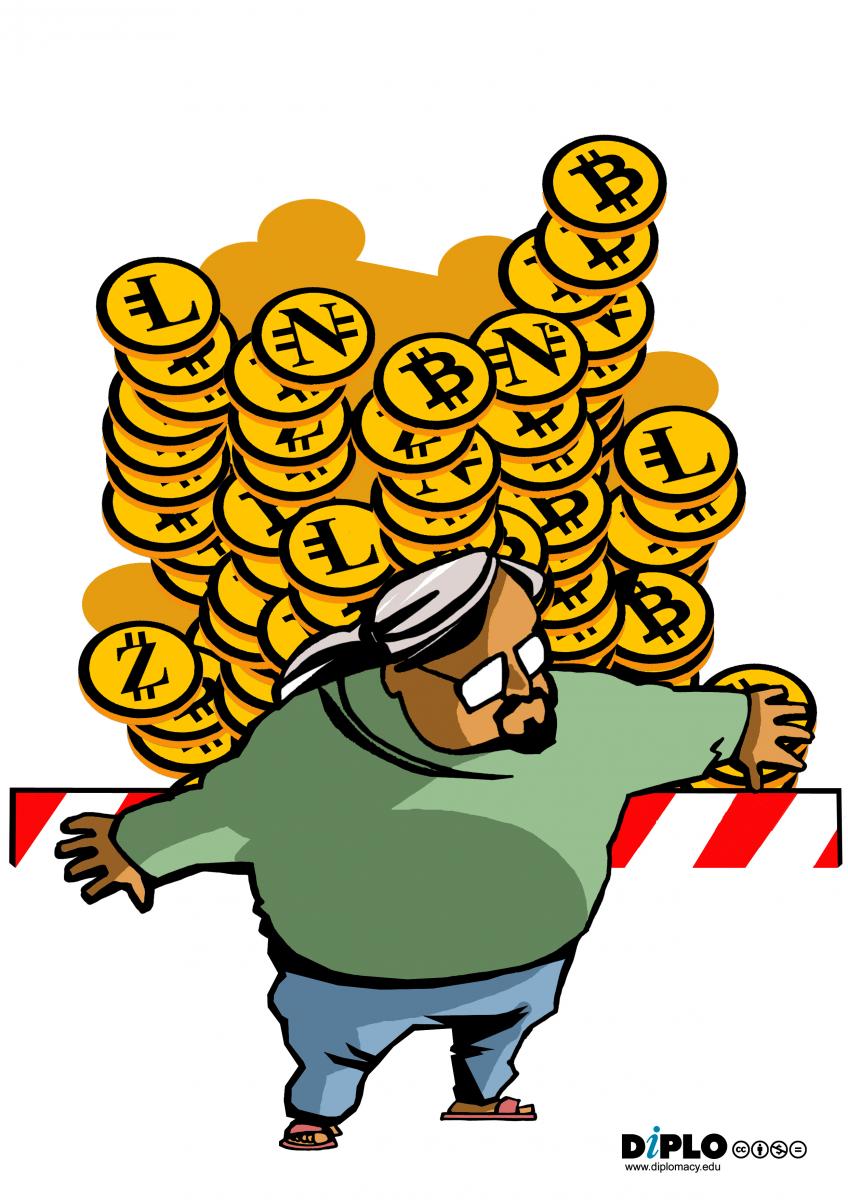