‘Locked units, dead stock, no sales, demanding vendors, uncollected payments and mounting expenses – COVID-19 has been the last nail in the coffin for a host of MSMEs.’

111 million people in India are employed in 63 million micro, small, and medium enterprises (MSMEs) which account for 48% of India’s exports and 29% of India’s gross domestic product (GDP). In India, MSMEs are defined on the basis of the fixed investment in a plant, machinery, or equipment. Over 99% of these are micro enterprises (which include investments of up to ₹2.5 million in the manufacturing sector, and ₹1 million in the services sector).

Nearly half of MSME jobs are generated in rural areas, and two-thirds of all MSMEs are owned by marginalised communities of the Scheduled Caste, Scheduled Tribes and Other Backward Castes. 47% of the workforce is younger than 30, and 87% is under 40 years of age, as stated in Intellecap’s report Future of Workers, Voices from the Ground. Decent work generated in MSMEs is therefore critical for the livelihoods of millions, especially those from young, vulnerable, and marginalised groups living in rural areas. Adversity, on the other hand, in MSME sector spells disaster for largest segment of India’s population, most of who are from the poorest and most marginalised communities. 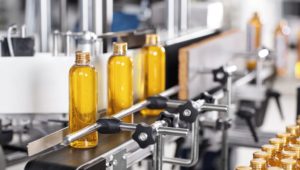 All available anecdotal evidence suggests that MSMEs have been the worst casualty of COVID-19-induced lockdowns. Survey reports have shown that disruptions caused by the COVID-19 pandemic have impacted MSME earnings by 20–50%, with up to 78% jobs lost compared to 2017. During COVID-19, many enterprises halted their production, laid off their workers because of the inability to pay salaries, and have vacated their offices to save rental expenses. In view of their critical role in Indian economy and employment, many stimulus measures have been undertaken by the government to support MSMEs, but they all included financial support, with very little focus and emphasis on building resilience through strategic capacity enhancement, technology infusion, and an improved connection to value chains. This data was published in Intellecap’s survey (conducted in December 2020 with both workers and employers) on the impact of technology on small businesses.

91% of workers believe in the power of technology to improve efficiency and reduce errors at work, while 58% of the workforce felt it needed capacity building in areas such as new technology, communication skills, and technical skills. Additionally, nearly four-fifths of them have never invested in tech-skill development. Among employers, the survey showed that 85% of them believed technology would impact their businesses significantly. Digital payments, AutoCAD applications, and digital platforms were what primarily excited small businesses, motivated mostly by an expansion into new markets and scaling up production.

Investment capital and trained workforce were reported as two chief barriers to the adoption of technology in the food processing, garment and textile, and retail sectors – the three largest MSME employers. Another survey reported that over 75% of Indian small and medium businesses (SMBs) have expressed a desire for a digital shift for confronting the COVID-19 crises. 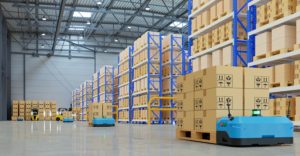 As labour productivity is intimately tied to wages, the adoption of technology in MSMEs is critical for their survival, and hence for the job-enhancing, economic growth in the post-pandemic period. The acceleration of digital adoption in various MSME sectors cannot be understated. Cisco 2020 APAC SMB Digital Maturity Study revealed that the digitisation of MSMEs could add up to US$158-216 billion to India’s GDP by 2024

Policies for encouraging and facilitating large-scale technology adoption in market development, production processes, and business operations must, therefore, be a high priority for the government for reviving economic growth that benefits labour in a sustainable manner. A dedicated programme for training the workforce in new technology skills is a key ingredient in policy, requiring the upgrade of skills on a scale that would require the extensive use of digital tools and tech platforms for a more resilient and sustainable business revival. At least one philanthropic initiative (an evolving partnership between the Wadhwani Foundation and Ford Foundation in India) is seeking to deploy AI-enabled, demand-driven, self-help business advisory and learning platforms to empower small businesses to tide over the pandemic and, in the long run, maximise their business potential with skilled staff. However, the scale of challenges requires government policy on a national scale to catalyse and facilitate the digital shift of the MSME sector.

Albeit small in size, in India, MSMEs play a critical role in the creation of jobs, especially for young and marginalised communities. Their survival and resilience depend on the adoption of digital technology by enterprises, and a workforce trained in new technology. As Kothari of Kay Jay Forgings stated, ‘Whoever survives these dark times will have a bright future.’

Samar Verma is Program Officer at the Ford Foundation. He has 25 years of experience in diverse sectors, including corporate and economic policy research, development, and grant-making. Samar was previously Senior Program Specialist at IDRC Canada & global head of Economic Justice Policy at Oxfam Great Britain. He is founding director of the Consortium of Trade and Development, a South Asian policy think-tank. Samar’s work on public policy has been published by Oxford University Press and Sage.

Samar has completed Diplo’s online course Introduction to Internet Governance. This blog post was written on a topic discussed in the course.

When trade meets security: the potential dangers of military rhetoric in trade talks