You are here: Home1 / Diplomacy and technology: An introduction

Diplomacy and technology: An introduction

In January 2021, we held the first session of our new monthly Zoom series titled Diplomacy and Technology: A historical journey, a masterclass with Dr Jovan Kurbalija, where we discuss the evolution and interplay of diplomacy and technology.

In the January introductory session, Kurbalija drew a map of our historical journey and explained the three questions we will be answering during the series:

On our journey, we need to be aware of a few caveats:

Some important aspects when discussing the interplay between diplomacy and technology:

As we can see throughout history, the two key bridges that connect diplomacy and technology are communication and information. At the same time, they are also the two key pillars of technology.

While looking back, it’s important to remember that our main biological and anthropological elements have been the same since the age of the Neanderthal. For example, Daniel Kahneman writes in his book Thinking fast and slow that our predecessors were capable of holding eight pieces of information in their working memory. On the other hand, the number of social contacts one person can maintain (known as the Dunbar number) is 128. That said, whenever we discuss technology, science, philosophy, or the arts, we should be aware of our biological and cognitive limits.

Many great thinkers considered the impact technology had on their society – in particular, how to preserve social dynamics and run ethical societies. In our series, we will discuss what we can expect from technology today, and what in the future, as well as what tech means for the international community, global cooperation, and global governance.

We will also focus on the history of cognitive thinking, and the way in which civilisations approached the challenges they faced. The German philosopher Karl Jaspers coined the term ‘axial period’ and argued that all major critical thinking ideas developed, more or less, between the fifth century BC and the start of the new era, and are still relevant today. We will look at intellectual history and the diplomatic contexts in which things developed, and try to think outside the European context, and outside the dominant intellectual contexts and circles. We will also analyse the important oral traditions of civilisations that didn’t codify their wisdom in writing, particularly African civilisations and cultures (Ubuntu philosophy). In order to find optimal solutions for current problems, we need to consult the rich legacy of both written and oral knowledge. We will analyse contrafactual elements, such as the fact that today we have fewer inputs from Africa (e.g. very few Wikipedia authors from Africa) than we had in the pre-internet era.

Together with our Zoom audience, we will try to find a common understanding of the interplay between diplomacy and technology. In each session, we will be bringing history to life through images, maps, data, as well as simulated discussions with historical figures. The perks of technologies will enable us to discuss topics with the Austrian diplomat Klemens von Metternich, Jean-Jacques Rousseau, as well as Indian and Chinese thinkers.

We hope these debates will bring more awareness of what is currently going on and why we need to rely on history in our attempt to solve current and prevent future problems.

Join us on the last Thursday of each month for an exploration of the complex system linking diplomacy and technology. The next session is scheduled for Thursday, 25th February, when we will discuss the prehistoric era, and  see how the emergence of language, speech, and social structures (in various forms of cohabitation) influenced prehistoric diplomacy. 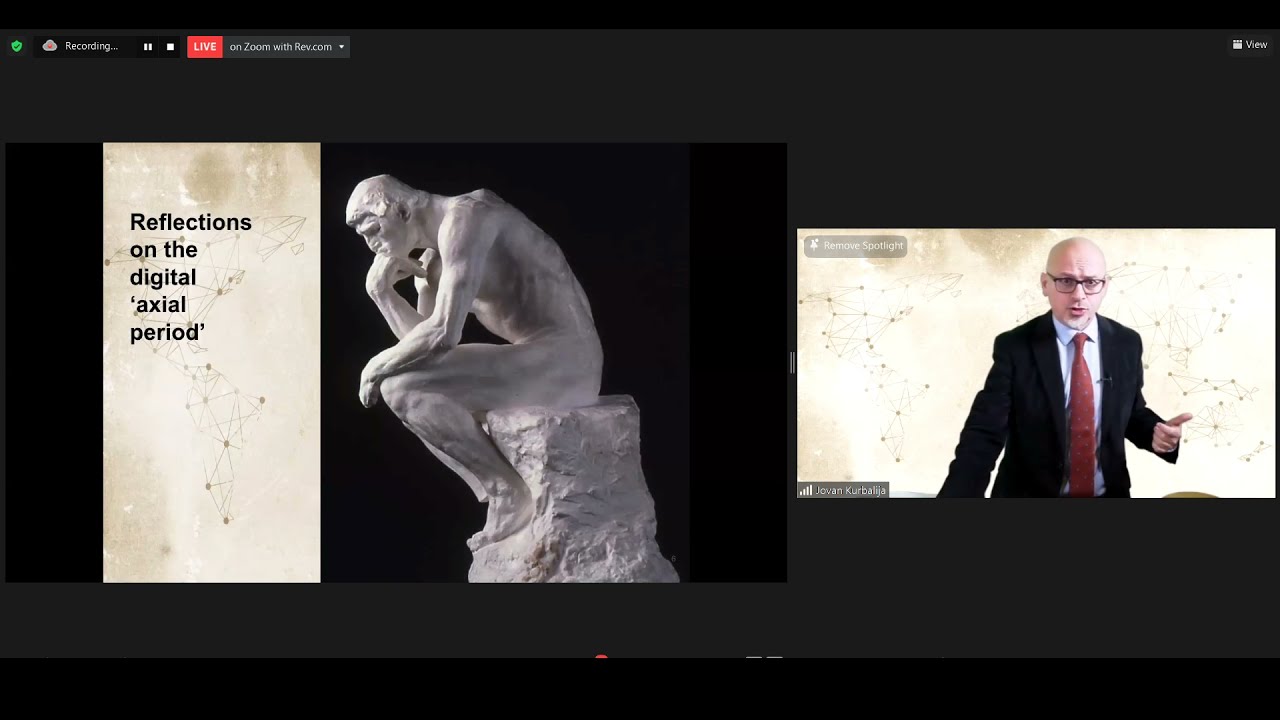