You are here: Home1 / [ConfTech #2 discussion summary] Technology and human rights in times of...

Violations of human rights in the context of the response to COVID-19 are increasingly making the headlines. The right to access information, right to privacy, freedom of movement and assembly, and freedom of expression are some of the basic rights that are being affected by nationwide lockdowns and emergency measures.

Given the importance and timeliness of discussions surrounding these topics, Diplo’s ConfTech Lab organised the third in a series of web discussions on ‘Technology and human rights in times of crisis’. With more than 130 participants, the discussion was enriched with valuable inputs from Ms Elisabeth Tichy-Fisslberger (Permanent Representative of Austria to the United Nations in Geneva and President of the Human Rights Council), Mr Marc Limon (Executive Director of the Universal Rights Group), Ms Nanjira Sambuli (Researcher, Policy Analyst, and Advocacy Strategist), Mr Peter Micek (General Counsel at Access Now), and Mr Scott Campbell (Senior Human Rights and Technology Officer of the United Nations Office of the High Commissioner for Human Rights).

What world will we live in once the crisis is over?

In the keynote address, Ambassador Tichy-Fisslberger pointed out that when given a choice between health and privacy, people will certainly choose health.

In the context of COVID-19, Amb. Tichy-Fisslberger also referred to the right to education that is being threatened as a result of the transition online, which, in turn, is widening the digital divide even in developed countries like Austria. Children, in particular those living in poorer conditions or with an immigration background, may not be able to participate in this new educational environment on equal terms if they lack access to Internet and appropriate technological equipment. She noted that other risks brought about by the crisis are posed by social networks that are being misused as a way of discriminating against and generalising those infected by COVID-19. Amb. Tichy-Fisslberger asked participants to, as an immediate step, to provide her with ideas and suggestions that she can convey to the UN Human Rights Council and, in the longer term, to start reflecting on human rights and our society once the crisis is over.

Special attention was paid to the practical use of healthcare data during the ongoing pandemic, with arguments raised that due consideration needs to be given to the duration authorities should be allowed to collect and process private data. To that end, it was emphasised that any surveillance measures need to be lawful, necessary, and proportionate.

Speaking and criticising freely at times of crisis

As the crisis unravels, we are witnessing a growing number of public cases of the suppression of the freedom of expression. Examples of journalists being reproached for asking provocative questions and criticising government activities and measures in combating COVID-19 were cited.

Digital divides are no longer between the north and south

Similarly to what Amb. Tichy-Fisslberger discussed in her opening remarks, discussants touched upon the implications of the crisis on the digital divide between those who are connected and those who are unconnected, as well as among the connected group. The example of such divides in Kenya – where people were obliged to transition online (e.g. go cashless) as a preventive measure to the pandemic was highlighted. It was noted that digital divides are under discussed and do not feature as the main topic of discussion unless referred to in the context of access.

Speaking on the engagement of the tech industry with the international community in times of crisis such as COVID-19, discussants noted that tech companies are increasingly interested in being active actors. It was emphasised that in the long run, companies should commit to the UN Guiding Principles on Business and Human Rights and apply them in their products. Moreover, the UN Human Rights Council should include tech companies in its work and governments need to work closely together with the private sector and the civil society on implementing measures that abide by these principles.

In this regard, trust in institutions, as well as a need in ensuring that the products and services developed by the private sector have effective security and data protection measures embedded within them was underscored.

[Summary] RightOn #8: Protecting the rights of older persons during the COVID-19 pandemic 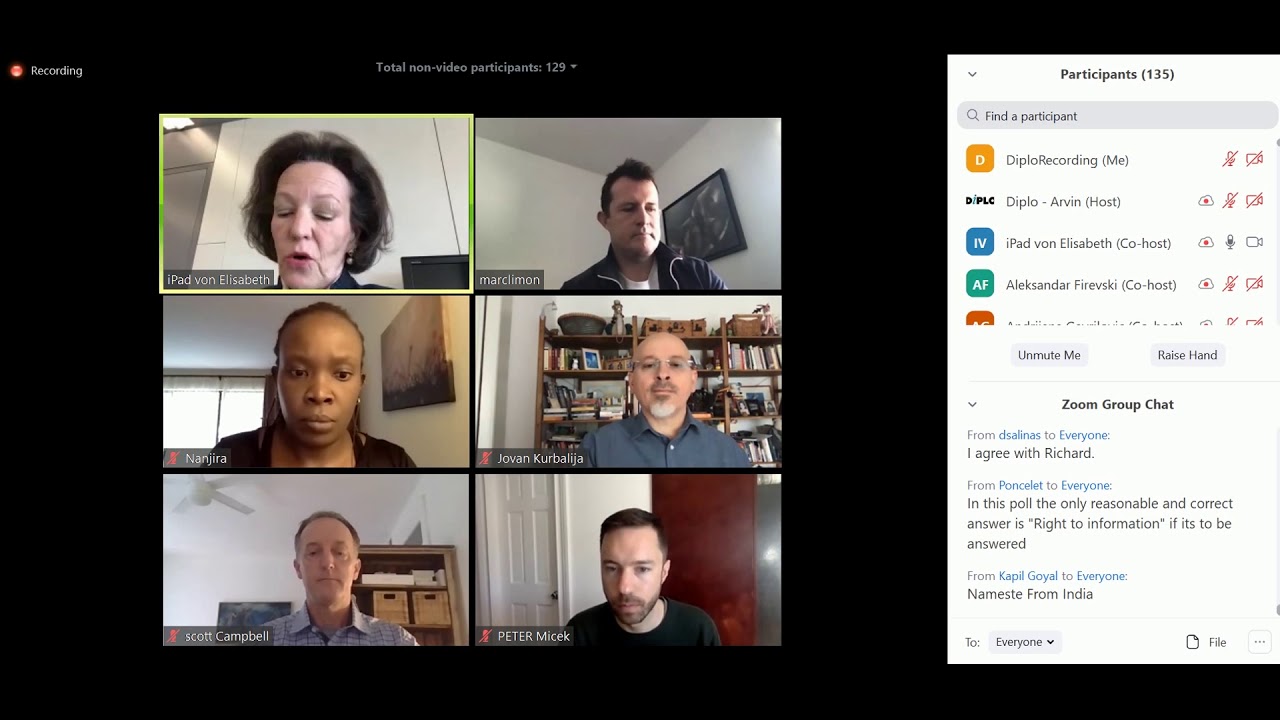 Has the coronavirus deprived us of choice?Internet governance in March 2020
Scroll to top