You are here: Home1 / Internet governance in February 2017

Microsoft’s proposal for a Geneva Digital Convention, the rise of fake news, and discussions on the social implications of technological advances were among the main digital policy developments in the month of February. These and other developments, trends, and regional updates – summarised in the Internet Governance Barometer for February and in Issue 18 of the Geneva Digital Watch newsletter – were the subject of our latest Internet governance briefing, which took place on 28 February 2017.

Leading the briefing, Dr Jovan Kurbalija gave an overview of the top trends in digital policy in February: 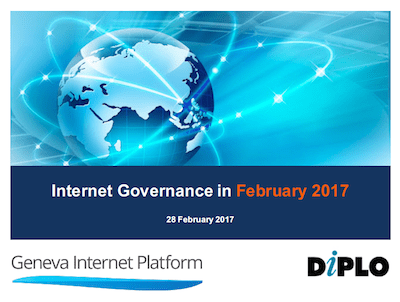 In addition to these trends, other digital policy issues that were particularly prominent in the public policy debate in February included digital rights, infrastructure, and sustainable development.

An overview of the main Internet governance events held in February and planned for March was also part of the briefing. More details are available in Issue 18 of the Geneva Digital Watch newsletter.

The Rio hub, represented by Luca Belli from the Center for Technology and Society of the Getulio Vargas Foundation School of Law, gave an overview of the discussions held at the hub’s meeting, and which focused on recent developments in Brazil. Concerns were raised regarding the privacy and data protection implications of certain governmental initiatives, such as a proposed project (currently debated in the parliament) aimed to consolidate various data and documents to create a unique ID at the federal level. Two announcements made by the Brazilian government were also underlined. A previously launched public consultation on the Internet of Things concluded with more than 2200 replies, which will be used to elaborate a national strategy in the field. In addition, an inter-ministerial working group was created to start working on the first Brazilian Digital Strategy, to be released over the next few months. A video of regional updates and perspectives from Brazil is available: 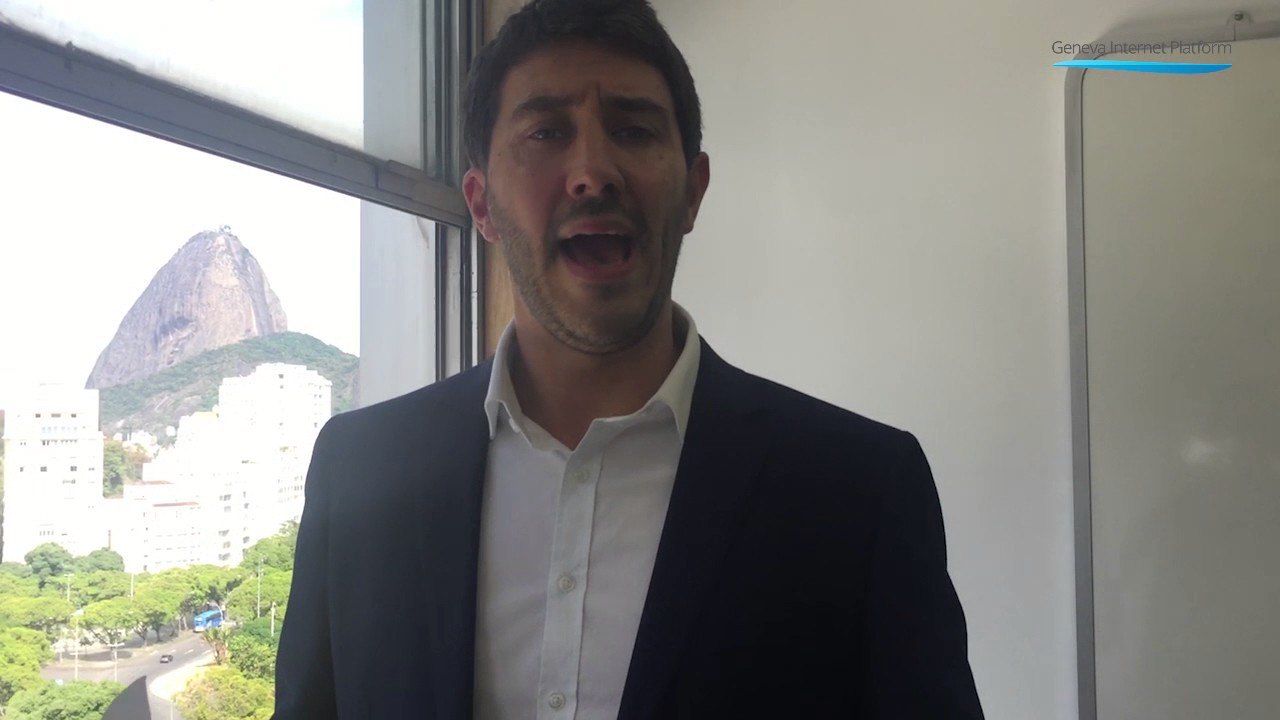 Representing the Tunis hub, Nouha Othman, Internet policy analyst at IGmena, spoke about the High-level African Conference on Internet Governance, held in Algiers, on 13 February 2017. Representatives of 24 African countries exchanged views on the most pressing Internet-related  issues, and underlined the importance of strengthening cooperation on Internet governance in the region. Participants agreed to work together on a joint strategy aimed to ensure that the African continent takes advantage of the economic opportunities brought by the Internet, as well as to promote multilingualism, local digital content, and the preservation of African identity online. Other issues discussed at the conference were related to infrastructure deployment, cybersecurity, and national Internet governance processes. For more details, see the video of regional updates and perspectives from Tunis: 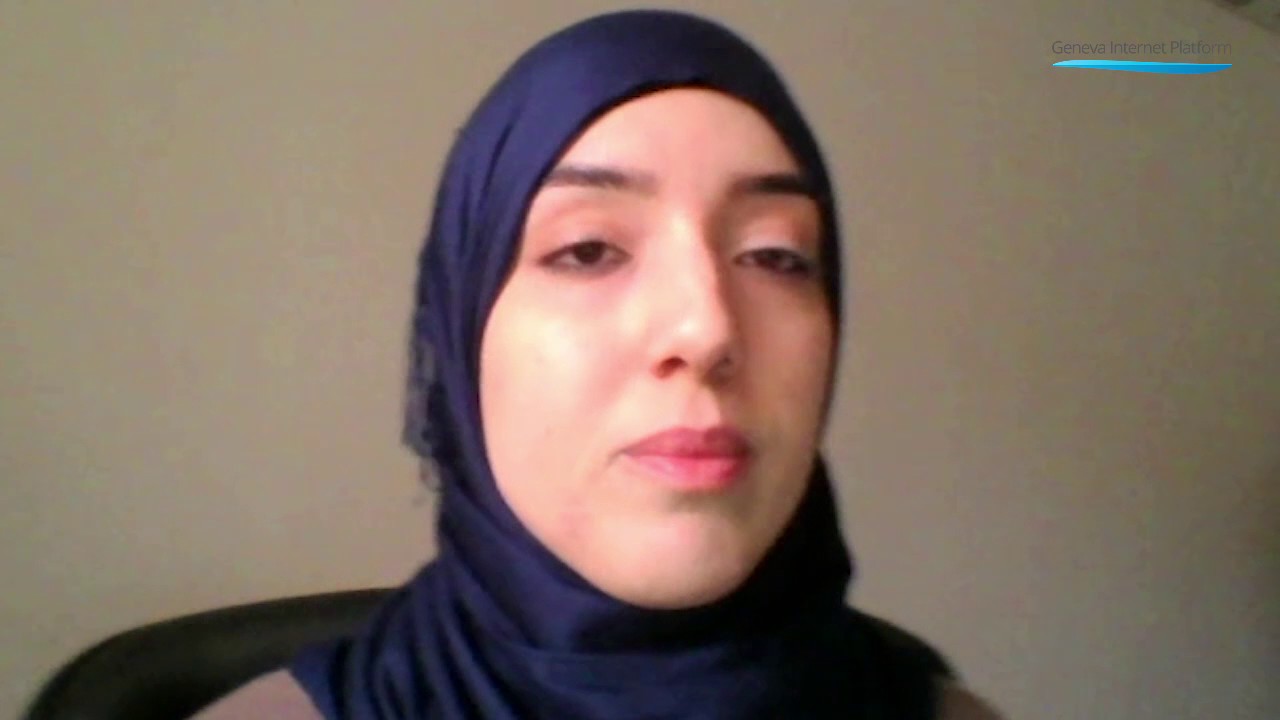 During the South Eastern European hub, an overview was given of the main Internet governance and digital policy developments that occurred in February in the region.  Greece ratified the Budapest Convention on Cybercrime and its Protocol on Xenofobia and Racism. In Romania, the Ministry of Communications and Information Society launched a public consultation on principles to be included in a law on the management of .ro – the country’s top-level domain. Croatian taxi drivers protested against Uber, asking authorities to ban the platform from operating within the country. In Ukraine, the Ministry of Information Policy sent a letter to Facebook asking the company ‘to develop a verification mechanism for unreliable news’. More details are available in the February 2017 summary of developments and activities related to Internet governance and digital policy in South Eastern Europe. The recording of the SEE hub meeting is also available. 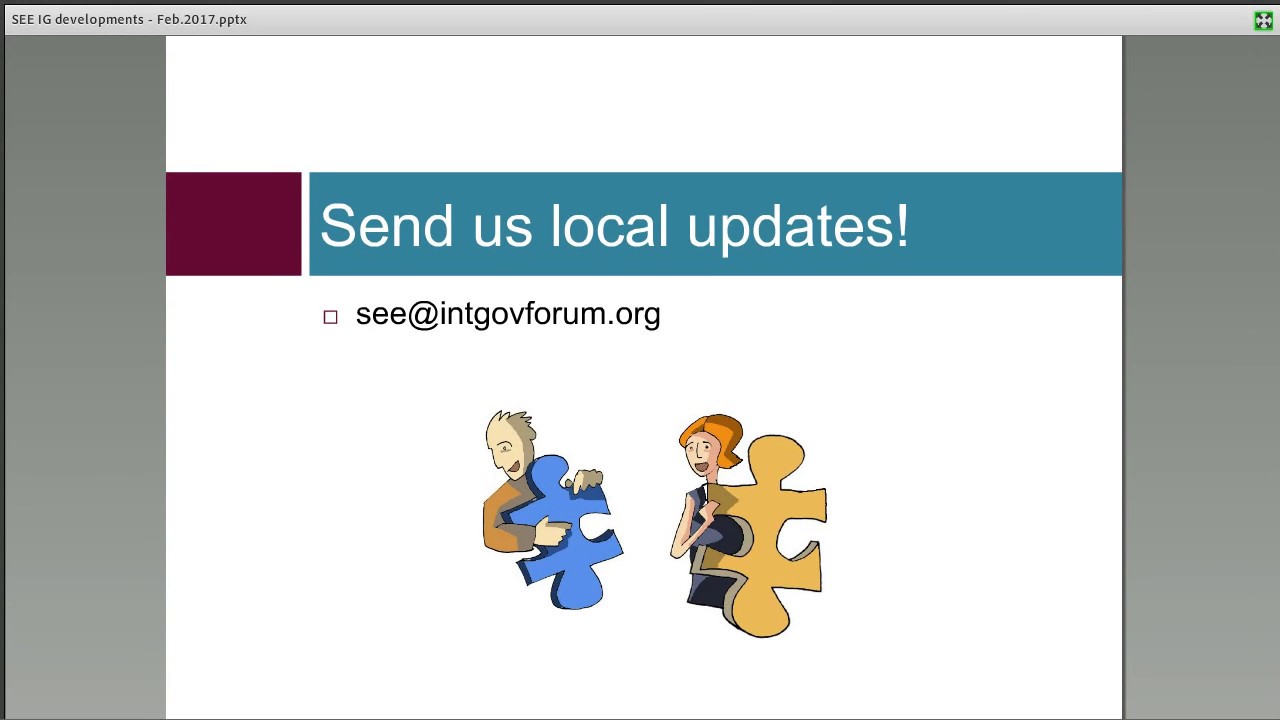 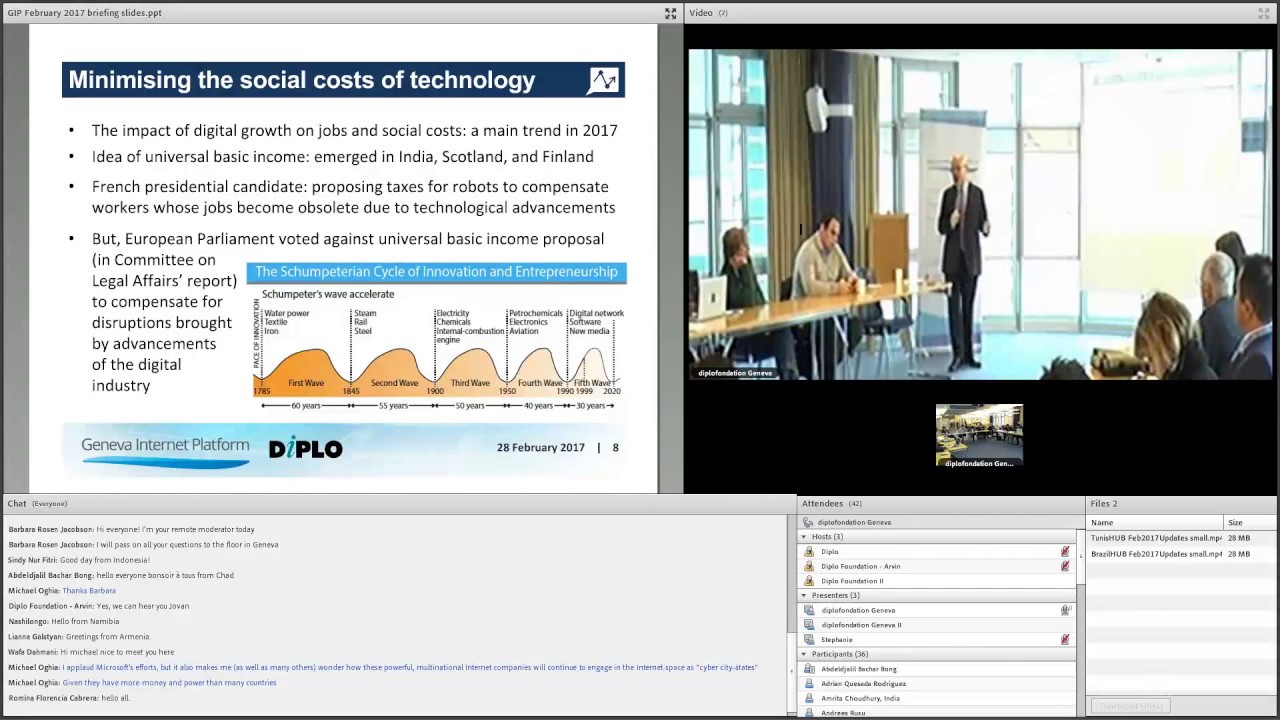