You are here: Home1 / Internet governance in 1500 steps: Learning by walking

1,500 steps, 1.2 kilometres, and 142 calories burned were displayed on my pedometer after completing a 2-hour-long ‘walking course’ on Internet governance. It was a slow walk through the beautiful setting of Geneva’s Jardin Botaniques (Botanical Garden) and the attic of the World Meteorological Organization (WMO) building. The students of the course were Swiss junior diplomats. 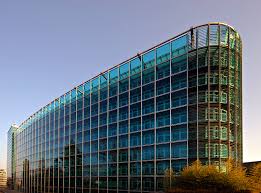 After twenty years of teaching Internet-related courses with PowerPoint in classrooms all over the world, I moved back to an ancient pedagogical method practised since the time of Ancient Greece.

Aristotle and his peripatetic followers used to teach philosophy by walking in the Licey and in Athenian parks. In addition to Ancient Greece, inspiration for the ‘walking courses’ came from my new medically-driven practice of walking 10 km per day (12,000 steps). See: ‘Where are you (in the digital world)?’

What is the link between nature and the Internet?

The walk through the Jardin Botanique aimed to show that the Internet, like any other technology, is part of a broader natural ecosystem. The Internet is not an end in itself. Nature always provides a humbling effect, especially in the current era of ‘chrono-narcism’, when we tend to get over-excited about our man-made achievements.

Algorithms are one of the primary links between nature and the Internet. Algorithms manage our biological survival, from the smallest cells to the entirety of nature. The biochemical code regulates everything, from the exchange of information among cells to, for example, our circadian rhythms whose disruption we experience during jet-lag.

David Berlinski, in The Advent of the Algorithm, summarises the algorithmic bridge between nature and computers in the following way: ‘The intelligence responsible for the construction of complex artefacts – watches, computers, military campaigns, federal budgets, this very book – finds its explanation in biology.’

Fibonacci ‘discovered’ this sequence while accompanying his father, one of Pisa’s tax collectors, in North Africa. In Arab mathematics, knowledge of the sequence is believed to have originated from India. The metrics of Vedic poetry follows this sequence. Indian scholars and poets found this sequence to produce the perfect harmony described by the term ‘Chanda’ (‘pleasing, alluring, lovely, delightful, charming’).

The ratio of any two successive Fibonacci numbers  (for example 13:8 or 8:5), produces a number very close to the Golden Ratio (1.61), as the illustration below shows. The Golden Ratio is considered to be the perfect proportion, and it can be found everywhere around us.

The Jardin Botanique is a unique place that conveys powerful metaphors of diversity and robustness. The enormous diversity of plants from different regions resembles, to a certain extent, the Internet’s diversity. Some plants live together. Others are less ‘social’. Some want to showcase their beauty, like many of us do on social media. Others are more discreet, reminding us that in nature, high visibility may lower chances for survival. Nature’s camouflaging techniques ensure survival by employing the tactic of ‘to see and not be seen’. Does it sound like today’s privacy and surveillance discussions?

In the landscaping of the Jardin Botanique, we can see symbols of three concepts that are likely to determine the future of the Internet.

Map of Jardin Botanique in Geneva

The Internet as ‘The Garden of Forking Paths’ 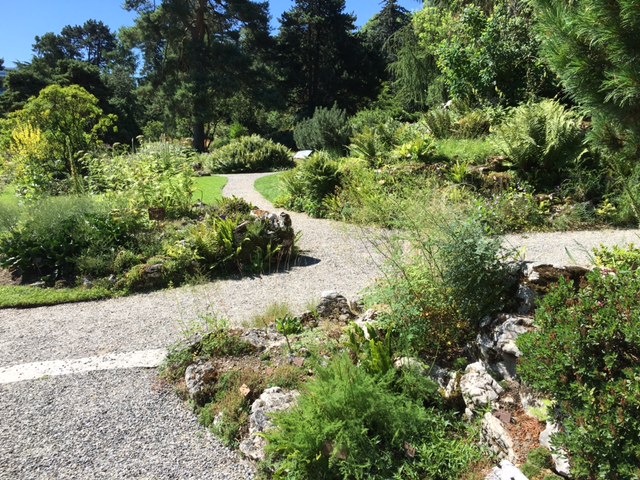 Our walk proceeded to the Jardin Alpin. With its maze-like paths, it could easily be named after Borges’s book The Garden of Forking Paths. This garden can be seen to symbolise the Internet’s ‘pure’ architecture with many ‘forking paths’ for Internet traffic. Some time ago, the concept of the Internet was created as part of a scientific push by the US government to close the perceived scientific gap triggered by the launch of Sputnik in 1957. At that time, NASA and DARPA were established. The first ideas for the Internet started to develop in the 1960s as a decentralised network that could survive even a potential nuclear attack by the Soviet Union. The idea behind the Internet was that messages could be forwarded from point A to point B as long as there was any available connection. Thus, if direct lines between New York and Los Angeles were cut, the Internet would find another feasible link, for example via Alaska or any other point. This conceptual logic was codified in the TCP/IP protocol which is behind the Internet.

The Internet as the Alley 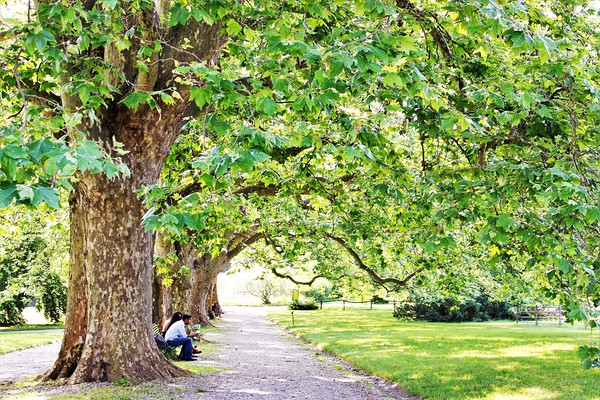 This technical diversity of the Internet remains hypothetical as long as Internet traffic is concentrated in a few fibre optic cables. The technical possibility of choosing diverse paths loses relevance, if just one or two cables connect a country with the rest of the world. The Internet is also increasingly centralised by the dominant positions of Internet companies, such as Google, Apple, Facebook,  – Twitter, and Amazon (GAFTA). This new, much more centralised Internet is metaphorically represented by the central alley in Jardin Botanique. The five big trees in the center of the road can be seen as the entities which communicate, organise, and monitor the Internet.

The Internet as a Greenhouse 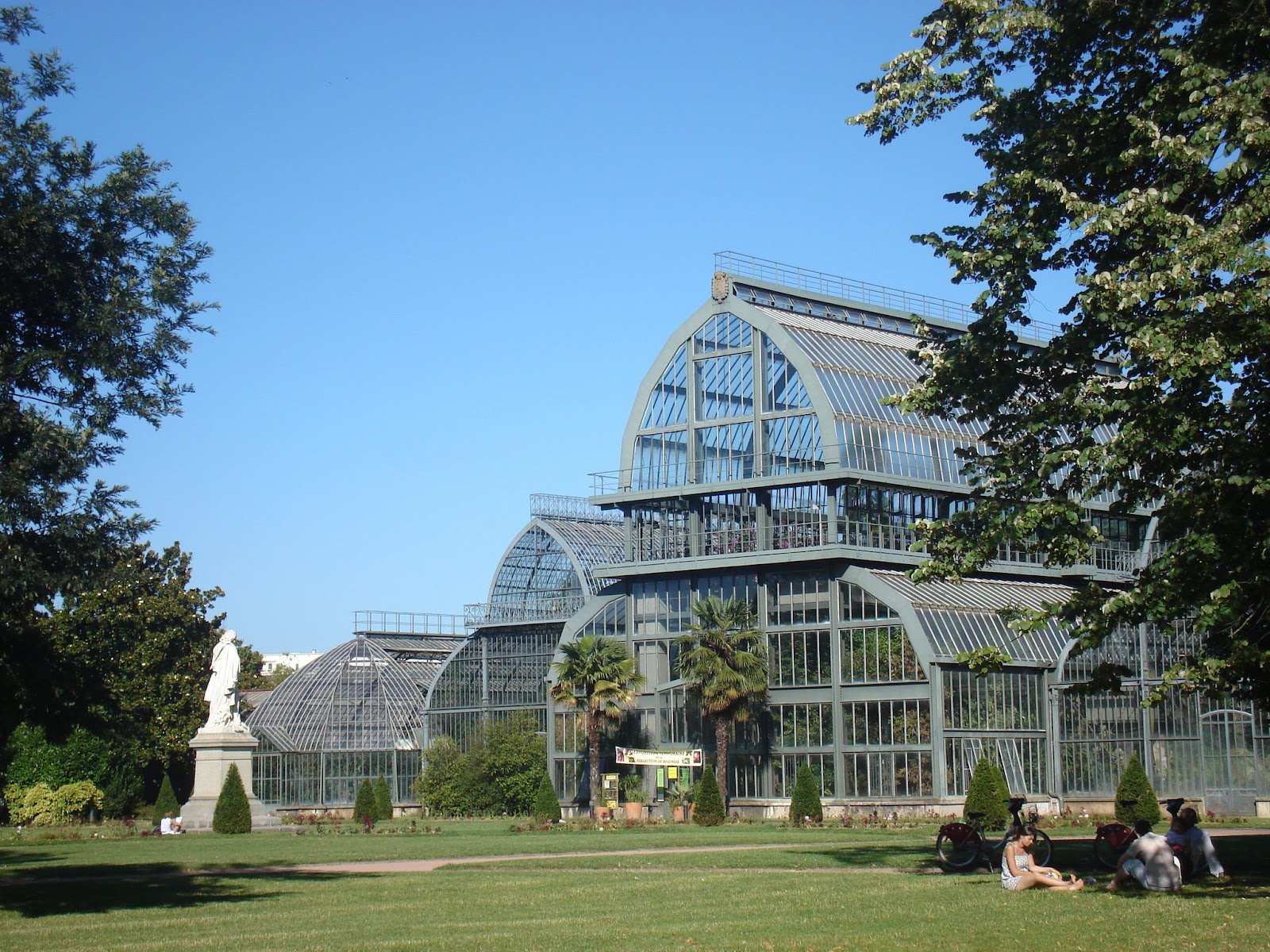 Greenhouse in the Jardin Botanique in Geneva (Photo: Wikipedia 2016)

Lastly, the greenhouses in the Jardin Botanique alert us that a future Internet might share their characteristics. They host tropical plants, including carnivorous plants. The plants are shielded from the cold Geneva winters and survive at a constant temperature throughout the year. This is a strong metaphor of an Internet in which users are increasingly constrained to remain in specific environments (‘greenhouses’) such as major social networking platforms. Like a greenhouse, a social network service provides us with a safe and comfortable environment for use of the Internet. But it also calls into question whether, in the long run, we lose a lot more by not accessing the diversity that the entire ‘park’ offers.

At this point, we moved to real-life cases that participants might experience as Internet users. Participants were divided into groups of three. Each group had to provide advice based on case studies. 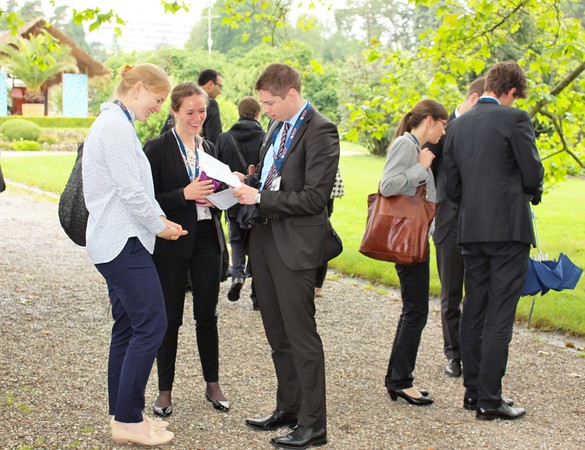 Students during the course in the Jardin Botanique (Photo: Sasa – 2016)

One example of a case study is the following scenario…

You had a very eventful youth, which continues to ‘haunt’ you. During your summer holidays, you were caught drunk and a bit noisy with your friends in the early hours. It was reported in the local newspaper. Although you did not commit any crime, this article has been haunting you. For whoever makes an online search for your name, the link to this article appears on top of his or her screen. You asked the newspaper to remove the article from the Internet. They refused. You do not know what to do. Is there any way to get rid of this article from Google search? And will that depend on where you are based?

Case studies provide a realistic introduction to Internet governance issues, which can be visualised through the ‘IG building’: 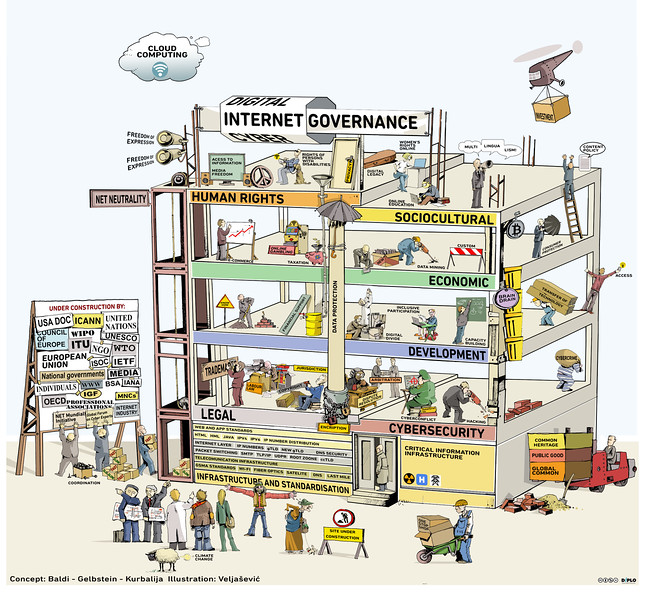 The discussion of case studies brought us to the last few hundred steps of our walking course, the IG 360 Landscape in the attic of the WMO building. From this vantage point, we can see the buildings of the main organisations involved in Internet Governance in Geneva with our own eyes. From our case studies, we moved into explaining what various Geneva-based organisations are doing in order to protect data, including the ‘right to be forgotten’. 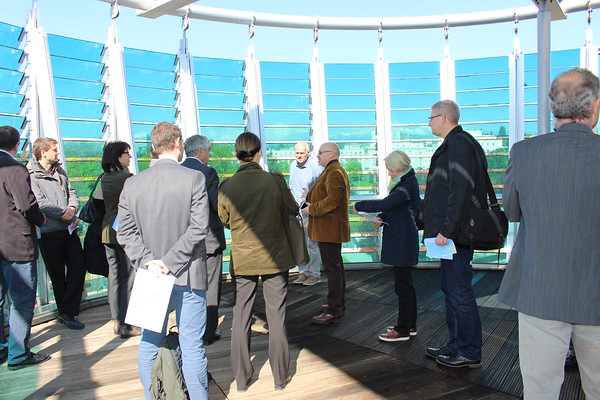 Digital tour at the Attic of the WMO Building

Our journey moved from the core principles of nature and the Internet via key Internet metaphors to case studies, and concluded with very concrete policy discussions and negotiations on Internet governance.

Experience from ‘learning by walking’

The first experiences from ‘learning by walking’ are very encouraging. We observed that walking induces higher levels of concentration than traditional classroom exercises, where the average duration of full attention span is just ten minutes. In addition, while walking, we cannot use the Internet (which many of us do in classrooms and lecture rooms). This is becoming one of the major challenges in modern courses and events. ‘Learning by walking’ can ensure the real mental presence of students during the course. Lastly, walking generates ‘memory hooks’ that can help with grasping and remembering abstract concepts such as Internet governance. Botanic metaphors are particularly useful for anchoring abstract concepts in our memory.

I hope that this may inspire some other ideas for ‘walking courses’. Please let me know if I can be of any help in your ‘first steps’ in this learning approach.

Internet governance in May 2019

The IANA stewardship transition: what is happening? (Part II)

Where to find Diplo in July? Asia!Water cooperation: The solution for regional conflicts in arid areas?
Scroll to top