You are here: Home1 / How Afghanistan changed 30 flags in 102 years

Afghanistan’s Independence Day (19 August) came only days after the Taliban seized control of capital Kabul. The entire world focused on the unfolding of events as the country fell into turmoil, following the flash US military withdrawal after 20 years in the country.

The major symbolic question, after the Taliban took over the capital Kabul, was whether the Afghani national flag or Taliban’s flag would be flying high. The battle for flags started a few days ago in Jalalabad, when protestors replaced Taliban’s white flag with the Afghan tri-colour one. Three people were killed by the Taliban in the conflict, the nation’s once official flag is now a symbol of opposition against the Taliban.

Changes of flags are nothing new. In the 102 years of Afghanistan’s independence the nation’s national banners were changed 30 times. Only in 1919 it was changed 6 times. Various flags rippled for Afghanistan Emirate, Kingdom, Republic, Socialist Republic, and finally its Islamic State.

Frequent changes of flags in Afghan history is an illustration of a society in flux with almost constant instability. This variety of flags also represents the diversity of Afghan society and a wide range of interests.

Thus, understanding flags, their symbolism, and their use is crucial in understanding politics and society. Flags are the most condensed and vivid expression of identity. In addition, flags talk directly to people’s emotions and deeper need to belong and identify. People have and still fight and die under and for their flags.

But what can we learn about Afghanistan’s history from their flags?

The colour palette of Afghan flags has not followed the globally dominant red, blue, and white combination. Red has been the main color of almost all Afgan flags – perhaps unsurprisingly it was solid red during the communist government.

And solid white is what the Taliban has chosen for their flag in the last two decades. The white colour symbolises ‘the purity of Taliban’s faith and government’ while the scripture is Shahada which is an Islamic oath and is the first of the Five Pillars of Islam found in the Quran.

Blue, which is typical for many European flags, was used only once – just for the wording on the flag. 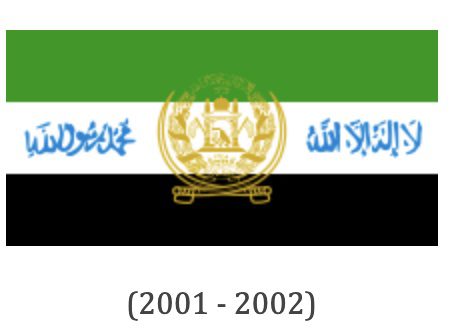 Flag of Afghanistan 2001-2002, with a green stripe on top, a white stripe in the middle, and a black stripe on the bottom. A yellow insignia surrounded by crossed curved swords sits in the middle. Blue script is found to the left and right of the insignia on the white stripe.

In flag colour pallets, solid black is rarely used. In Afghanistan, it was used twice after independence.

Most Afghan flags, including the last one, followed the three colour schemes usually interpreted as:  black (Abbasids), white (Umayyads) and green (Fatimids).  It is interesting that they used this so-called Pan-Arab colour scheme even though Afghans are not of Arab origin.

It may come as a surprise that the three-colour flag was designed by British soldier and diplomat Mark Sykes as a symbol of the 1916 Arab Revolt. This followed the European tri-colour shape to distance itself from the Ottoman Empire against whom the revolt was directed at. 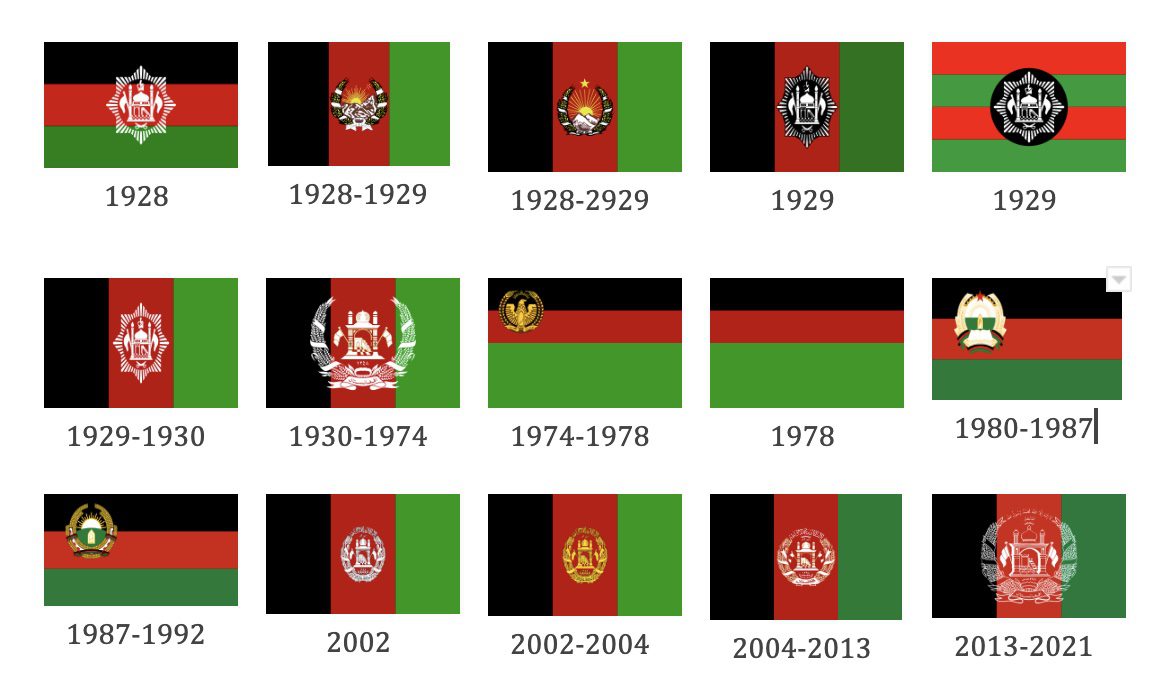 The importance of flags as a manifestation of different identities, foundation stories, and interests is not special to Afghanistan. Controversies around flags have always been and still is in focus of politics worldwide.

A few years ago, New Zealanders were involved in a heated ‘flag debate’ on whether to change their flag which was considered too similar to the Australian flag. Ultimately, at the referendum, they decided to keep their old flag. But, the heated debate has shown how powerful the symbolism of flags is and how emotionally tied we can be to flags as peoples.

Another flag which has been quite controversial for the last few years is the rainbow flag which represents the LGBT+ community. It has been frowned upon or outright banned in certain countries and contexts.

20 members of the US GOP supported a bill that would ban flying the gay flag in US embassies during pride month. While the Turkish ministry of trade has banned the sales of rainbow themed merchandise to people under 18. 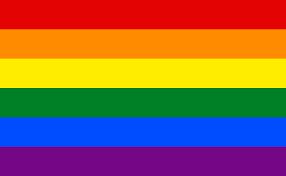 Contrary to dominant discourse over the last few decades that argues against symbolism, in particular, one related to countries, religious and traditional communities – flags rally people around a cause and steer deep emotions.

Postmodernism considers flags and insignia a matter of the past. But, as we can plainly see, this view does not reflect reality at all. Our attachment to symbols is much deeper than passing trends of fashion.

Namely, a piece of fabric in essence, a flag conveys a dense symbolism of the past, present, and the future. As they symbolise deep-rooted identity and cause, people are deeply attached to flags. Not just in Afghanistan, but in all corners and peoples of the modern world.

E-voting as e-participation: a process[New podcast] The telegraph and diplomacy: An interview with Tom Standage
Scroll to top