You are here: Home1 / Is Google doing evil, and does it matter for development of the Intern... 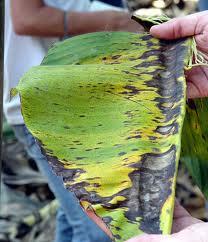 Jaunty young Google’s public mission, ‘Do no Evil’, had a charm that seemed so fresh in the face of technology giants such as Microsoft which had morphed grotesquely into a simulacrum of the IBM whose traditional, monopolistic business model a fresh-faced Gates appeared to challenge in the 1970’s. On the one hand, it is hardly surprising that Google is regularly shown to be as ravenous a hegemonic exploiter of its market dominance as many other capitalist companies. Google plays dirty in Kenya is today’s news, closely following Twitter’s outrage at Google’s apparent skewing of search to favour its own competitor in the social stakes, Google+. These seem part of a pattern, as described by Diplo’s Mary Murphy, in which Google’s skill and pre-eminence in managing search, is in fact altering the very nature of the way that information and knowledge travels. From the zealous free-market right too, there has been a steady stream of criticism for Google’s anti libertarian and monopolistic position, as in 2011’s, “Search & Destroy”:   Why You Can’t Trust Google Inc”
On the other hand, in our intricately connected world, management and control of Information and Knowledge is a critical issue, especially in the context of Global Development. In small and developing states, diplomats, academics and, indeed, anyone active on the Internet needs no reminding of the power in Google’s algorithm. Try searching for any development related term – say Banana Leaf Wilt disease – and see how many references on the all important first page come from outside the richer countries in the OECD?  The results change to some extent depending on location – as long as you accept Google’s offer to acknowledge location – but this bias to better resourced, longer-established Northern institutions has a profound impact on Development knowledge and policy. Civil servants who advise ministers are as busy as the rest of us and not necessarily more aware of how to combat Google’s bias (through using specialist search engines or custom search). So policy development advances on a narrow, self-reinforcing knowledge base. 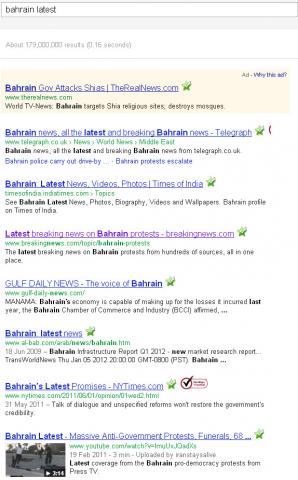 More specific to eDiplomacy, try searching for ‘Bahrain latest’. From the UK, as shown opposite, there is one Bahraini source on the first page. What’s a nuisance or disturbing personally, and dysfunctional – at best – in global Development, becomes a significant challenge for MFA and other Government agencies seeking to promote national agendas. At the same time, social media is changing the search agenda, since behaviour on the sites replicates online the standard human pattern that we trust the opinions and advice of those we know more than anonymous sources. The geographical spread of social media is transforming these tools into a global public space. However, as is still being demonstrated in the continuing ferment in the Arabic speaking countries, nations have little control or sometimes influence on the news which spreads across the networks, which of course is then reflected in Google and other search engines.
None of these are particularly new challenges: Search Engine Optimisation (SEO) has gone from a dark art to a mainstream commercial service, and is well understood within Government technical teams. While the increasing activity on #eDiplomacy and #DigitalDiplomacy within Twitter by MFA staff demonstrates the growing recognition of the need to invest in these channels. However, as in so many things, the resources available in small and developing nations for technical interventions or simple commercial operations, such as buying search terms, is severely limited. And it is no coincidence that it is the larger, better resourced MFA such as in the US, Canada or the UK, that have invested the most in the new digital channels.
And what links this to the power of Google is illustrated in a provocative piece from the always insightful Evgeny Morozow who sees huge risks in the coming together of the globally powerful US digital industries and US digital diplomacy. What is new are signs of a significant backlash, according to Morozow:
Democratic and authoritarian states alike are now seeking “information sovereignty” from American companies, especially those perceived as being in bed with the U.S. government. Internet search, social networking, and even email are increasingly seen as strategic industries that need to be protected from foreign control. Russia is toying with spending $100 million to build a domestic alternative to Google. Iranian authorities are considering a similar idea after banning Gmail last February, and last summer launched their own Facebook clone called Velayatmadaran, named after followers of the velayaat, or supreme leader. Even Turkey, a U.S. ally, has plans to provide a government-run email address to every Turkish citizen to lessen the population’s dependence on U.S. providers.
But then today is Friday 13th, in the last year of the Mayan calendar. By this time last year Tunisia’s Ben Ali was on the brink of resignation and no-one, least of all the protagonists, expected the upheaval that was to sweep to the East along the North African coast during the next few months. Could this be the year in which the configuration of the Internet’s key players changes as dramatically? All we can say for sure is that Google’s share price is sliding!

Google…stop thinking for me!Religiously objectionable material on the internet
Scroll to top