Diplomats and practitioners discussed the way forward for digital diplomacy and how to overcome key challenges, during last week’s international conference in Geneva

‘New technologies are blurring the traditional categories that we have used as a term of reference so far… We therefore need to design a new digital diplomacy, and innovate and redesign ourselves.’ The Ambassador for Digital Affairs of France Henri Verdier explained during the Digital (and) Diplomacy international conference in Geneva on Wednesday.

As technology is rapidly entering our daily reality, DiploFoundation’s one-day conference, organised in partnership with the Swiss Mission to the UN in Geneva and the Republic of Geneva, brought together international experts and practitioners to discuss how these digital technologies, and the challenges they bring with them, can be used in today’s diplomatic realities.

Permanent Representative of Switzerland to the UN in Geneva Amb. Valentin Zellweger
setting the stage

Setting the stage for the event, Director of DiploFoundation and Head of the Geneva Internet Platform Dr Jovan Kurbalija explained that ‘when discussing digital technologies and diplomacy we need to take a two-fold approach which distinguishes between: digital as a tool for diplomats, and digital as a topic under discussion on diplomatic tables.’

Permanent Representative of Switzerland to the UN in Geneva Amb. Valentin Zellweger said that Geneva’s concentration of expertise cannot be found elsewhere. ‘More than 50% of the world’s digital politics is discussed in Geneva’, he added. This is also due to the digital multistakeholder ecosystem in Geneva, which includes the private sector and academia.

Discussing emerging models of digital and tech diplomacy, Head of International Relations at the Swiss Federal Office of Communications (OFCOM) Amb. Thomas Schneider explained that the multistakeholder approach is crucial when talking about the digital revolution. He emphasised that ‘we need the private sector and public institutions together. If we brainstorm together, if we discuss together, we can achieve great promises.’ Schneider also emphasised the importance of transparency and having a vision for digital policies.

Referring to her work with multidisciplinary teams in the early days of the Internet, ARIN’s Executive Director for Government Affairs and Public Policy Ms Anne-Rachel Inné said that, ‘Nowadays, we still need to build the community, to bring people together, and explain to each stakeholder what’s in it for each one of them.’ The challenge is that although we need to put technology in people’s hands, they have limited knowledge on how it works and what its impact on their lives is.

In the second panel discussion of the conference, on how countries interact with the tech industry and innovation hubs, Co-Director of Open Austria in San Francisco Mr Martin Rauchbauer explained how Austria opened its representation in Silicon Valley to boost the Austrian economy. He also added that ‘the European Union has emerged as a global regulation setter in the last two years, and we are trying to leverage it by having representation in Silicon Valley.’ Rauchbauer also said that diplomats nowadays still lack the necessary knowledge of technology, and ministries need to provide learning tools for them.

Bringing in the private sector’s perspective, Senior Director of Strategic Partnerships at Microsoft Mr Jean Yves Art said that companies need to understand their various responsibilities, and ‘need to develop the awareness that the products they put on the markets can be used as tools but also as weapons.’ Referring to Microsoft as an example, he said that the private sector has a responsibility to engage in the issues of public goods such as security, safety, and privacy. He explained that digital technologies that are created by private companies are now the backbone of our society, and added that ‘humility and transparency when it comes to practical co-operation between the public and the private sector are vital.’

CEO of swissnex Boston Mr Christian Simm said that since the development of the Internet has fundamentally changed our lives, we need to change the way we interact. ‘Nowadays, we cannot just be an observer; we have to be contributing to what is happening, which is why swissnex is actively involved in the activities of the innovation hubs in which they operate.’

Referring to ICANN’s multistakeholder bottom-up approach, Member of ICANN’s Board of Directors Mr Danko Jevtovic said that this model ‘works very well and can be used as a governance model for other processes.’

Geneva’s digital multistakeholder ecosystem makes it a very vibrant place, especially for diplomats. And so, how do diplomats in the trenches cover complex trade, human rights, security, health, and telecommunications in digital policy processes?

Adviser on Digital Affairs and Telecommunications within the Delegation of the EU to the UN in Geneva Ms Katarzyna Gorgol  said that while ‘the European Union sees itself as the front runner of digital policy, Geneva is a micro-universe where a landscape of issues are discussed and multiple stakeholders are present.’

First Secretary at the Permanent Mission of Canada to the UN and WTO in Geneva Ms Chrystiane Roy, in charge of cybersecurity and digital affairs, said that diplomats suffer from an unknown fear of technology, despite their role of co-operating with other states to ensure that peace and security is protected. She added that Canada’s approach to overcoming this challenge is ‘to raise awareness by combining a global perspective with technological knowledge.’

Permanent Representative of Latvia to the UN in Geneva Amb. Janis Karklins  explained that technology has evolved, but the principles of technology remain the same. Since ‘there is very little distance between the digital world and the analogue world’, he suggested that ‘we should probably stop thinking that digital is being separated from anything else.’

Pointing out that we as humanity are facing an existential moment’, 2019 Chair of the UN CCW on LAWS [Lethal Autonomous Weapons Systems] Mr Jivan Gjorgjinski said that we should look into solutions that go beyond our traditional structures. Gjorginski said that everything that is being discussed right now in Geneva has an impact on the immediate future. He also noted that multilateralism has helped us address issues, and thus, should not be disregarded entirely. Rather, policy-makers should use past experiences as a toolbox for current challenges.

Three parallel discussions were held during the conference. In the discussion on how small and developing countries can keep abreast of digital policy developments, participants said that it is helpful for missions to be on the frontline of new issues and report the dynamics back to their capitals. Digital policy developments do not necessarily have to start with ministries of foreign affairs; other ministries can also be the key drivers of these discussions. The role of individuals on certain policy areas as ‘evangelists’ was also important.

In keeping ahead of developments, participants suggested that small states could reach out to citizens who have significant expertise and could help their states on specific matters. Recognising the challenges of co-operation among small and developing states, participants emphasised that there may be niches of common interest which might facilitate collaboration.

A key takeaway of the session on the impact of big data and artificial intelligence (AI) was that analogies of AI with previous technologies should be discussed carefully, as comparisons might prove limiting or distorting to the actual potential of AI. The distinction between AI and machine learning is important and the terms should not be used synonymously.

The discussion on the impact of big data on diplomacy also focused on questions of ownership of big data. Participants exchanged good practices of handling data without infringing on privately owned data. The discussions also revealed the necessity for more capacity and expertise building on the subjects of AI and big data.

The discussion on the skills and knowledge that are needed for digital diplomacy showed that these must be acquired as rapidly as possible. There is a need to reinvent curricula on how to teach junior diplomats and what content to prepare for them, considering that cybersecurity, infrastructure, and data privacy are now as much a part of the political agenda as more traditional issues such as migration and geopolitical security issues. New technologies should also be seen as tools to help diplomats. In order to better prepare diplomats for digital diplomacy, participants noted that immersion into this new environment may prove most helpful. 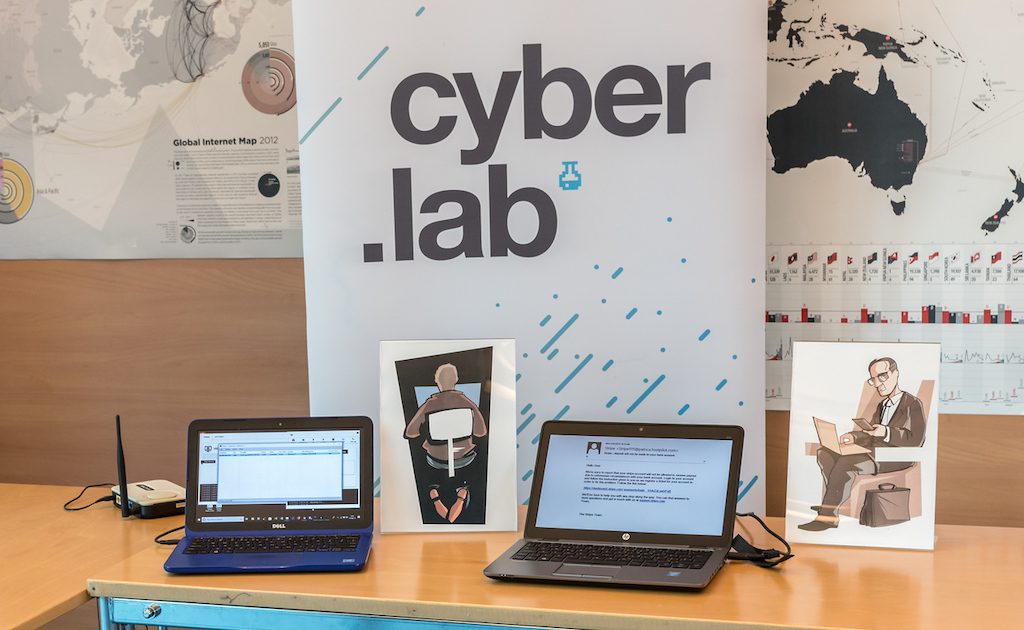 Alongside the rich panel discussions, the event also included a plenary session to round up the main suggestions on how to overcome key challenges for diplomatic practice in the digital age, and a CyberLab simulation of a cyber-attack.