You are here: Home1 / Collaboration – a second essential e-competency for Diplomats

Mocking laughter greets our stories of how email was welcomed as a revolutionary time-saver in the 1990s, when we first introduced it into organisations. Even though for many people their most urgent priority is how to deal with their daily torrents of email, it remains the central tool for Diplomats, as in many other organisational contexts, still unmatched amongst digital tools for its global reach, personal quality and ease of use. Yet tools for collaboration, that can significantly reduce email volume as well as facilitate collaboration between people anywhere (with economical, reliable internet or mobile connectivity) have been one of the most fertile growth areas in digital media. There are explicit collaboration and sharing tools, like wikis and collaborative document management tools; project management platforms; design and mind-mapping tools; and the many photo and video sharing sites, for example. But as as many, if not more, people collaborate by adapting the standard toolset of many of the more explicitly social networking platforms like Twitter, Facebook, LinkedIn or others like Yammer, which is a Twitter clone designed for use by private groups or internally within organisations. 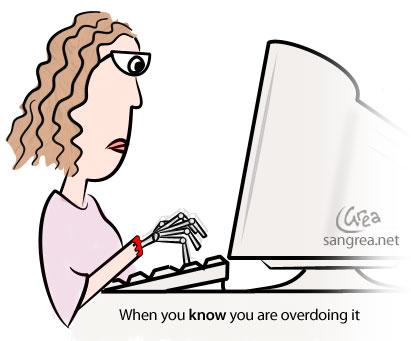 Like many organisations, in Diplo we use a miscellany of collaborative tools: Google drive for shared document; Google sites for wiki-like collaborative content projects; Smugmug for photo sharing; YouTube and Blip.tv for videos; Mindmeister for the occasional mind-mapping exercise; and Basecamp for a recent largish web project. Moving to a larger scale, and more formal contexts, we have been experimenting and developing tools and procedures for effective, remote e-participation. We broke new ground, using web conferencing tools to engage participants from geographically distributed hubs in Internet Governance Forums. Viewing and being able to comment on major international conferences, whether climate change negotiations or UN conferences, is now a relatively standard feature: having external participants active in the meetings takes more coordination and supporting software. The advantages are clear, whether in terms of reductions in travel costs or the increased legitimacy that comes from engaging more than the small circle of policy actors in public discussions. Deirdre Williams illustrated how this stretches our sense of presence, in her blog, ‘Being there: where’s there?’.  She gave the example of the Caribbean Internet Governance Forum (CIGF) which was ostensibly held in Saint Lucia in August 2012. There were remote participants following the webcast from as far away as India and Fiji. There was a panel member who was in South America, and a presenter in the United States There was a technical glitch with a presenter in Wisconsin and so Deirdre, who was “there” in the room, made the presentation on her behalf. The presenter joined the discussion later. So where was the presentation and indeed, where was the meeting? Is “mixed participation’ now the standard?

Diplopedia, from the US State Department is still the best example of wiki-based formal collaboration within diplomacy. In Internet hypertime, Diplopedia is ancient, having started in 2006. We interviewed Richard Boly a trailblazer in eDiplomacy at State in 2010, when he stressed that it is the time-saving and convenience of e-tools which sell them to busy people. Diplopedia a classic instance of the power of crowdsourcing, and the eagerness of people to contribute to a practical store of advice and experience – especially since Diplopedia is behind firewalls and so at least more secure than platforms accessed on the open web.

Rice University and the Department co-authored a study into the process and impact of Diplopedia. It still makes fascinating reading.

And while larger, well resourced MFAs can afford to use commercial document management and collaboration software such as SharePoint, wikis such as the Open Source wikimedia which is used in Diplopedia, and Google Drive (docs) offer free spaces to share document versions, develop plans, arrange and manage events or simply gather information as a resource, from HR manuals, to locality tips and connections. And whether simply password protected or installed on a private computer server, these platforms can be made moderately secure. eDiplomacy is relatively young.  Other sectors, such as many commercial companies, which embraced earlier publicly facing web platforms, have loosened what were once rigid organisational boundaries and are beginning to crowdsource ideas, as for example, in the current consultation by the UK FCO on their new Digital Strategy.

But we in Diplo have only scratched the surface of what can be done in the more public social networking platforms. Activists and their followers in Tunisia and Egypt showed the power of mass membership media for organising, whether planned or ad hoc, while Twitter has proved a crucial tool for engaging and collaborating real-time with public or private groups during emergencies, for example. Embassies and Ministries are beginning to exploit these tools for organising events and engaging with expatriate populations. But their specific added value is probably more in the informal sphere, the random emergence of groups of people who share an interest, or want to support an idea or a campaign. This style of activity poses some challenges for traditionally slow moving, relatively formal organisational structures common in Diplomacy. To be able to respond flexibly and quickly to movements within social networks requires staff with authority to respond as and when necessary, or advantageous. Having slow approval schemes constrains how these tools can be used. And it is the personal nature of exchanges and groups within Facebook, Twitter, Weibo, that is their major opportunity for Public Diplomacy. Websites are the equivalent of national day celebrations at Embassies, for example, while Facebook and Twitter are closer to those crucial cocktails and quieter receptions, in the corners of which, people meet, make plans, arrange to work or exchange together. And in terms of security, online media don’t carry the risk, in themselves, of tongues loosened by alcohol.

What is a diplomatic cable?

The best of e-participation is …