You are here: Home1 / [WebDebate #49] Emojis in public diplomacy: Best practices and lessons... 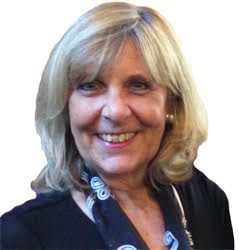 At first glance, the work of diplomats seems to have to do very little with emojis. Indeed, the serious business of diplomacy, understood as the management of international relations, seems antithetical to smiley faces. Yet, emojis are used in public diplomacy and have become a staple of how diplomats and ministries of foreign affairs communicate on social media.

World Emoji Day is celebrated in July, so there is no better occasion to take a closer look at the use of emojis in public diplomacy, and explore recent trends, best practices, potential pitfalls, and lessons learned.

Emojis have been described as the new ‘diplomatic sign language’, and lengthy debates have ensued on whether or not they have a place in diplomatic practice. Some argue that their potential for misinterpretation makes them bad for diplomacy and that attempts to appeal to a younger generation can backfire badly. Others have embraced their communication and storytelling potential. Finland, for example, became the first country to develop a set of country-themed, tongue-in-cheek emojis.

Together with our speakers, we will look at how diplomatic social media accounts use emojis to engage their audience.

Mr Malte Blas is a digital communications specialist at the UN Refugee Agency’s (UNHCR) Regional Bureau for Europe. From UNHCR headquarters in Geneva, he leads regional digital communications and social media strategy, coordinating with global teams and 35 country offices across Europe. Blas regularly advises local UNHCR offices and leadership, as well as external partners, on digital advocacy and public diplomacy. Prior to joining the UNHCR, he worked in public relations, social responsibility, and digital marketing for both public institutions and private corporations, including Big Tech and IT research companies.

Ms Liz Galvez was a senior diplomat with the British Foreign and Commonwealth Office for 33 years serving in London and overseas, including Helsinki in the mid-70s, Central America in the 80s, OSCE Vienna before and after the fall of the Berlin Wall, Romania in the late 90s, including a two-year secondment to the Foreign Minster’s Cabinet, and both UN Geneva and UN New York.

After retiring, she was appointed the first executive director of the Aspen Institute Romania which she set up and managed for three years. Since 2009, she has been a course lecturer with Diplo, specialising in Public Diplomacy and Negotiation Skills, and was recently made a senior fellow of the faculty. She has additionally run training programmes on negotiating skills and diplomatic writing skills for several foreign ministries. She speaks operational Spanish, Romanian, and French. She has a BA from the University of London in Latin and Spanish, and an MSc degree from the University of London in Nationalism and Ethnic Conflict.

Mr Matthias Lüfkens is a social media architect at DigiTips, a boutique PR agency advising a range of corporations, UN agencies, and non-profit organisations on the best use of social media. He is best known for having created Twiplomacy, a study which looks at how governments and international organisations use digital platforms. Previously, he was head of Digital Media at the World Economic Forum (WEF) where he designed and implemented a highly successful digital strategy, opening the Davos meeting to a global audience on social media. Trained as a journalist, he was Baltic States correspondent for the Daily Telegraph, Agence France Presse and Libération in the early nineties. In his spare time, he manages the Instagram account @LeJetdeau, dedicated to Geneva’s iconic water fountain.

Our WebDebates on the future of diplomacy are live-streamed on the first Tuesday of every month. They are organised by Diplo within the framework of the International Forum on Diplomatic Training (IFDT). Learn more about our WebDebates series here.

International regulation on the net: A necessity, but what about possibilit... Future of Mediation and Peacemaking with Emerging Technologies
Scroll to top