You are here: Home1 / Whom do I contact if I want to raise my IG concern?

To whom do we address our concerns on privacy and surveillance? Which organisation do we get in touch with if we need information about technical aspects? Where can we learn about the latest developments?

To whom do we address our concerns on privacy and surveillance? Which organisation do we get in touch with if we need information about technical aspects? Where can we learn about the latest developments?

The webinar recording is available here: 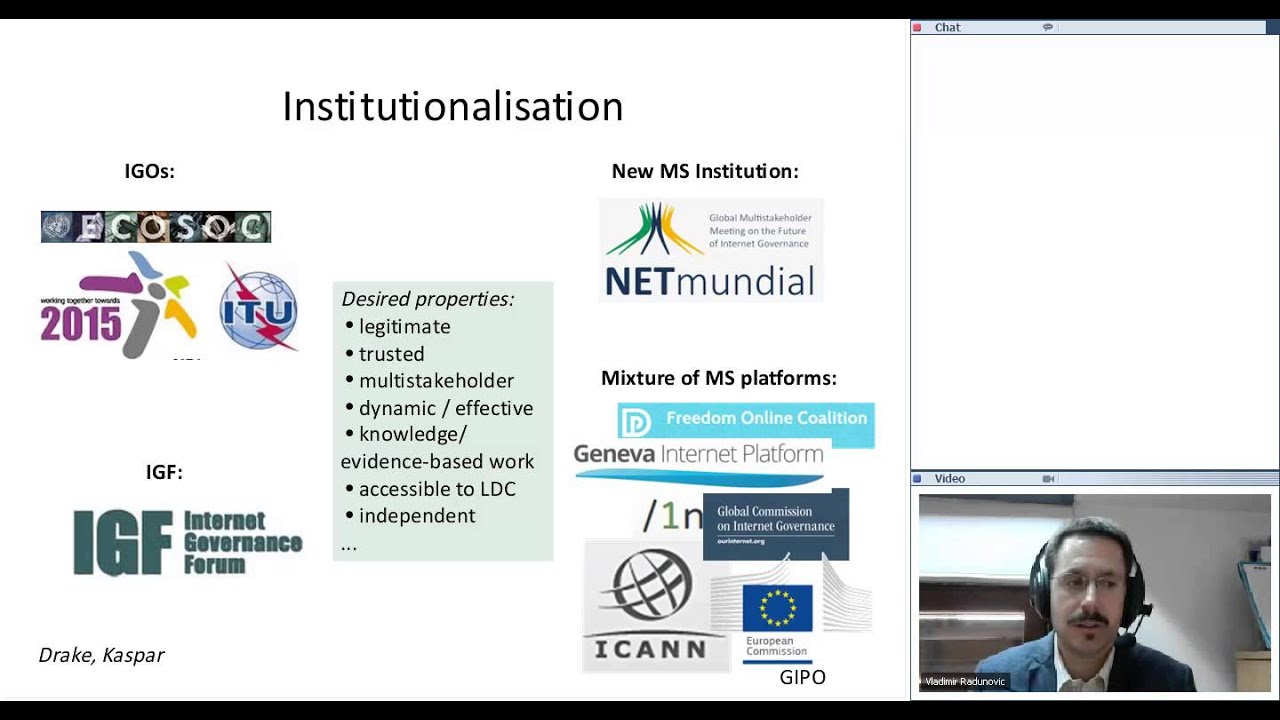 With IG increasing in complexity, and with so many players dealing with IG issues, connecting the dots has become difficult. Not only are there many different stakeholders involved in the process, but various processes are taking place in parallel.

Where does the end user obtain the desired information, or lodge a concern or complaint? From a government perspective, how can authorities tap into the much-needed resources to enable them to understand the issues well? What can be done to encourage and enable the participation of developing countries? These questions just begin to scratch the surface.

Today’s webinar ‒ Whom do I contact if I want to raise my IG concern? – led by Mr Vladimir Radunovic, is the second of three themes leading up to the Geneva Internet Conference. Each theme is introduced by a webinar, which is followed by a period of online discussions that will feed into the proceedings of the conference. The first webinar tackled ways of overcoming policy silos, and the online discussion is taking place here.

Addressing the second theme, Mr Radunovic explained that we are witnessing a maturity in the process. Traditional areas which have been transformed by the Internet and which led to the creation of new branches – identified by the prefix e- , such as e-health and e-commerce, are becoming mainstream again. As a result, the organisations who have traditionally dealt with these areas are now also tackling these emerging fields.

There are also orphan issues: those areas which do not belong to one track, but involve a mix of different various areas. For example, net neutrality involves technical and economic aspects, and touches on certain rights of the user. Child protection is another example, with implications for the technical, legal, and socio-cultural levels.

A possible solution was the creation of a one-stop shop, a concept which has already emerged in climate change discussions and – in the IG process itself – during WSIS discussions in 2003.

The one-stop shop – the same concept has been referred to as a ‘clearing house’ in recent discussions (led by William Drake and Lea Kaspar) – would need to have a basic set of functions:

Using Dr Jovan Kurbalija’s IG restaurant analogy, Mr Radunovic explained that the one-stop shop would need to cater for the needs and requirements of each stakeholder.

While the emphasis should be on the functions, there were already a number of different options for institutionalising this concept:

Mr Radunovic added that the clearinghouse functions should not be understood as a governance mechanism that either replaces or adds to the existing myriad of processes. Rather, the functions are aimed to assist players – especially governments and stakeholders from developing countries – in making better use of existing processes to help shape their own policies on national levels.

Next step: join the discussion

While this concept is still new, the time is ripe for a discussion on the desired functions of a one-stop shop. Legitimacy, dynamism, providing evidence-based data, and accessibility for developing countries were some of the functions discussed in today’s webinar.

Join the discussion here: What other properties/functions should a one-stop shop (or clearing house) have? What are the particular needs of your organisation/institution? Which of the above models should it follow?