You are here: Home1 / What can we learn from Byzantine diplomacy?

Today, the word ‘byzantine’ is used to describe devious actions: intrigue, plotting, and bribing. [1] Historical records show that Byzantine politics were morally neither worse nor better than politics in previous or later years. The problem with the dominant negative stereotypes of the Byzantine era is that it hides the rich contribution of the Byzantine Empire to the evolution of humanity. Let us list some of those contributions and achievements…

One of the most impressive achievements of Byzantium was its very survival during a period of 1123 years (330–1453).[2] It was one of the longest lasting social organisations in history. Byzantium survived through adaptation.[3] The backbone of the Byzantine Empire’s longevity was its administration, which managed to adapt to frequent changes of rulers, and ongoing crises on its borders. With very limited military force, diplomacy was the key for the empire’s survival. Modern research on resilience, innovation, and adaptation could learn a lot from the Byzantine Empire’s historical experience.[4]

Byzantium, with its eclectic approach, was a bridge between ancient and modern Europe in terms of the arts, philosophy, and literature.[5] It provided a unique mix of the ancient Greek and Christian cultures. 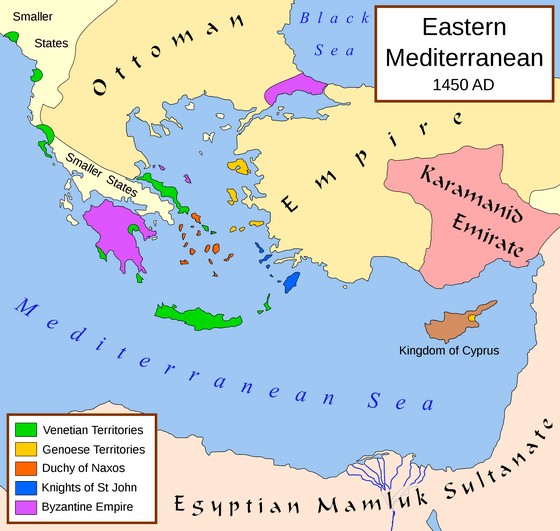 Last, as Judith Herrin wrote: ‘without Byzantium there would have been no Europe’.[6] Byzantium served as Europe’s buffer for the ‘incubators of nations and religions’ (Central Asia and the Middle East). By resisting attacks and skilfully integrating new ‘peoples’ (e.g. Slavs, Avars, Arabs, Turks), Byzantium gave Europe time to recover from catastrophic plagues and wars, and prepare for the ‘European age’ of global affairs.

In the following text we will focus on Byzantium diplomacy, one of the most remarkable contributions to the history of humanity.

Why did Byzantium have efficient diplomacy?

Diplomacy was a necessity for Byzantium because it had enemies on all of its borders and possessed only limited military might. One of the golden rules of the Byzantine elite was to avoid wars at almost all costs. It was fully aware that Byzantium, even with an occasional victory, would lose in the long term if it engaged in military conflict.

Catalysts of the ancient past and innovators for future

The Byzantine period was probably the most important in the history of diplomacy. It created the bridge between diplomacy of the ancient era and modern diplomacy. The Byzantine Empire was both a catalyst of the experience from Ancient Mesopotamia, Egypt, Greece, Rome and an innovator for the future diplomacy passed to our time via Venice and Italian renaissance diplomacy.

Byzantine diplomacy absorbed the following practices of the ancient civilisations:

As catalysts, Byzantium particularly excelled in the use of protocol and ceremonies with the main aim to impress foreign dignitaries. Constantinople, with its location, and magnificent constructions (Hagia Sofia, the Hippodrome) was a very impressive place (as it is today). In addition, the Byzantine state developed elaborate ceremonies in order to show the ‘sublime’ character of the Empire. The Emperor received foreigners in the Magnaura Palace, where he sat on a golden throne, surrounded by golden lions that roared, and golden birds that tweeted. A special hydraulic system elevated the throne to the ceiling of the palace, making a lasting impression on visitors. The Book of Ceremonies, compiled by Constantine VII (945–959), described the court rituals, seating arrangements, and other protocol details.

In Byzantium, diplomacy evolved from ad hoc to organised government activity through its Office of Barbarian Affairs.  The Office housed numerous interpretations and translators in foreign languages (dragomans in the Ottoman time kept this transition).  Similar to the modern ministry of foreign affairs, the Office prepared Byzantine envoys for missions abroad, analysed reports which arrived from envoys, organised visits of foreign dignitaries to Constantinople, prepared international treaties, etc.  The Bureau established the archive as the way to preserve institutional memory. Unlike modern diplomacy, Byzantium did not have permanent diplomatic missions. Envoys were sent abroad in order to deal with specific issues. Some missions lasted for several years.

Access to information was central to Byzantine diplomacy. In order to obtain the right information, Byzantium created the first intelligence service, consisting of a network of official and unofficial agents (including merchants and priests) sent abroad.  In order to ensure secure communication, they further enhanced the Roman cipher protection.

Byzantium used the services of merchants, priests, and other citizens who travelled abroad. All of them served as Byzantine diplomats. They had a duty to report back to Constantinople from their travels. In this way, Byzantine diplomacy managed to achieve its difficult task of maintaining a huge Empire, with very limited military power and financial resources.

Byzantine diplomacy observed international treaties signed with neighbouring tribes, although these were framed as unilateral decrees since the emperor claimed to be the ruler of the whole world. In the long term, Byzantium benefited from introducing predictable and legal relations with otherwise unruly tribes on its borders. Even when it had to go to the war, it tried to find legal justification for it, such as the concept of the just war (reclamation of lost imperial territories or defence of the empire). The introduction of a legal aspect to relations with foreigners had an important impact on developing more civilised relations in Europe and the Mediterranean. In some cases, adherence to legality restricted room for manoeuvring for the otherwise very pragmatic Byzantine diplomacy.[7] Even in such a situation, the Byzantine Empire avoided breaking the rules. It employed a very complex interpretation of treaties, in order to justify its actions in accordance with signed treaties. It made the empire masters of interpretation and constructive ambiguities.

Byzantine diplomacy realised very early the importance of winning the hearts and minds of their neighbours. Whenever possible, Byzantium turned them from potential enemies into friends. Their public diplomacy toolkit included the conversion of nomadic tribes – especially Slavs – to Christianity; the use of elaborate ceremonies in Constantinople in order to impress foreign dignitaries; and the education of  future rulers of neighbouring countries in Constantinople’s leading schools. Some of these public diplomacy techniques are still in use today.

In the Empire, which existed for 1123 years, time always played an important role. Over such a long time span, the Byzantine Empire preserved many distinctive features, including the way it conducted diplomacy. Byzantine diplomacy mastered the use of time in its activities. In most cases, playing a waiting game was in Byzantium’s best interests. With its solid institutions, Byzantine diplomacy was always ahead of the nomadic tribes, who were easily affected by disease and change of weather. Thus, in times of conflict, the key for Byzantine diplomacy was to let time pass, in order to defuse tension and choose the right moment for counter-action.

The relevance of Byzantium to e-diplomacy

Byzantium realised the centrality of information for diplomacy and developed a very efficient organisational structure for collecting and processing information. The first intelligence service was established. In addition, Byzantine merchants and priests were obliged to report about foreign territories. The Office of Barbaian Affairs  collected and processed information. The relevance and strategy of managing information in diplomacy has not changed till our time.

From Byzantium to modern diplomacy

Many core elements of Byzantine diplomacy exist even now. They were passed on to the modern era via the Italian city states – mainly Venice. From Italy, the way of running diplomacy moved to emerging European national states. France created the first formal Ministry of Foreign Affairs in the seventeenth century and was followed by other European states. When we remove the trappings of our time, we can see that – in essence – many tools of Byzantine diplomacy are still in use today.

In May, our historical journey moves on to the Renaissance diplomacy of the Italian city states, the main successors to the tools and methods of Byzantine diplomacy.

Note: this text is the background document for the April 2013 Webinar on the Evolution of Diplomacy and Technology.

[1] The modern – negative – perception of Byzantium was shaped by enlightenment thinkers such as Montesquieu and Voltaire. In their ideological battle against religious Europe, they often used Byzantium as a historical case study for religious dogmatism and backwardness.

[2] Byzantium is the Greek name for Constantinople. In this text, we use it to describe the Byzantine Empire.

[3] A rigid and conservative society, as Byzantium is usually perceived as having, could not last for 11 centuries in unfriendly geopolitical surroundings.

[4] Byzantium also innovated in religious matters. For example, Saints Cyril and Methodius develop the Cyrillic alphabet, and introduced church liturgies in Slavic languages in the ninth century. They challenged the dogma that Christian worship could only be held in Greek (for orthodox Christians). Parallel development took place in Europe in the sixteenth century, when the Protestants challenged the monopoly of the Latin language and started translating the Bible into their own languages. The language ‘innovation’ of Saints Cyril and Methodius had strong strategic importance. Previous enemies (pagan Slavs) became friends of the Empire.

[5] Edward Gibson in his History of the Decline and Fall of the Roman Empire provides an analysis of Byzantium’s function as a bridge between Graeco-Roman antiquity and modern Europe.

[7] Emperor Nikephoros Phokas threatened to bring a copy of an agreement made in 967 AD, if the Western embassy of 968 tried to contravene it.

Digital diplomacy: what is new?

Twiplomacy Is Bringing Diplomacy Back to Relevancy

Diplomacy in the media: the awkward case of Georgia

Can you learn practical diplomatic issues online?
Scroll to top