You are here: Home1 / Webinar digest: Internet governance forecast for 2013

January is synonymous with resolutions and forecasts. The start of the year is a time when we’re most inclined to look back, learn from the past, and carry what’s worthwhile, relevant and useful with us into the new year. Forecasts help us plan, and shed light onto what to expect… unless we are dealing with unknown unknowns. 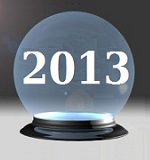 Unvaryingly, our first Internet governance webinar of the year focused on the developments in 2012 and an IG forecast for 2013. Our special host, Diplo director Dr Jovan Kurbalija, discussed his 2013 predictions by offering three new ways of looking at IG developments: ‘rational’ and ‘emotional’ perspectives, which lead us to a ‘procedural’ aspect.

A ‘rational’ point of view involves understanding what are the political, economic and social interests of the major actors – especially governments, but including other stakeholders – and what these groups should do to protect their interests. For example, one can say that the USA has a strong interest in preserving Silicon Valley’s economic position. Every cyber-border reduces the market share for Google and Facebook, so this is an issue the USA will address. By contrast, the EU will emphasise on protecting privacy, one of the cornerstones of European policy. 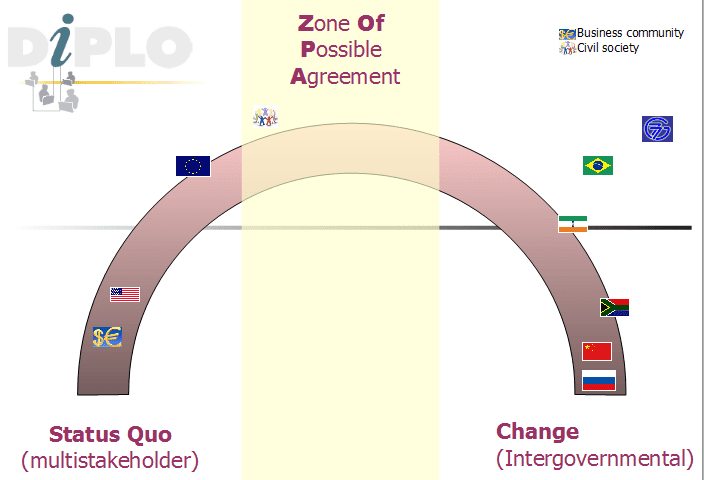 Through a ‘rational lense’ – recognising the risk of over-simplification – Dr Kurbalija examined this scenario by placing players in the spectrum of two ultimate positions: those in favour of the multistakeholder model, which includes states like the USA, and stakeholders like the business sector, and those in favour of change, who are leaning towards an intergovernmental model, including states like China, Brazil, and G77 countries. Somewhere in-between lies a ‘zone of possible agreement’ – an abstract area in which it may be possible for players from both sides to find common ground. This zone is where, for example, civil society stands. It is also where the European Union is slowly moving to.

Dr Kurbalija stressed that the move towards the zone of possible agreement requires more than a ‘rational analysis’. It requires an understanding of emotional aspects of IG. Empathy – a much needed ingredient in Internet politics – plays a big part, in that it allows us to understand, for example, the idea of the Internet’s historical ownership is very strong in the USA; or the historical roots to China’s fear of social instability; or how the financial crisis is driving the European players towards an increasing scepticism about self-governance.

These rational and emotional perspectives will shape meetings, events and other developments (referred to by Dr Kurbalija as the ‘procedural aspect’). Some of these events are likely to trigger – or reinforce – the debate on specific issues such as cybersecurity and human rights. This leads us to the first forecast:

The above predictions are based on ‘known knowns’, and probably ‘known unknowns’ as well, adopting the terms used by former US Defence Secretary Donald Rumsfeld. What is still challenging, is to predict the developments related to remaining ‘unknown unknowns’.

Despite the fact that this crystal ball exercise does not hold answers to our questions, judging from Dr Kurbalija’s spot-on predictions for 2012, this year’s forecast is likely to hold true: ‘The time of blue skies in Internet politics, with few controversies, is behind us…’ Let’s get out our umbrellas.

We invite you to listen to a live recording of the webinar, in which Dr Kurbalija also discusses questions and comments posted by the webinar participants, including: Why/is civil society moving away from the current multistakeholder model; whether the IGF can become the link between policy-shaping and decision-making; and many others. 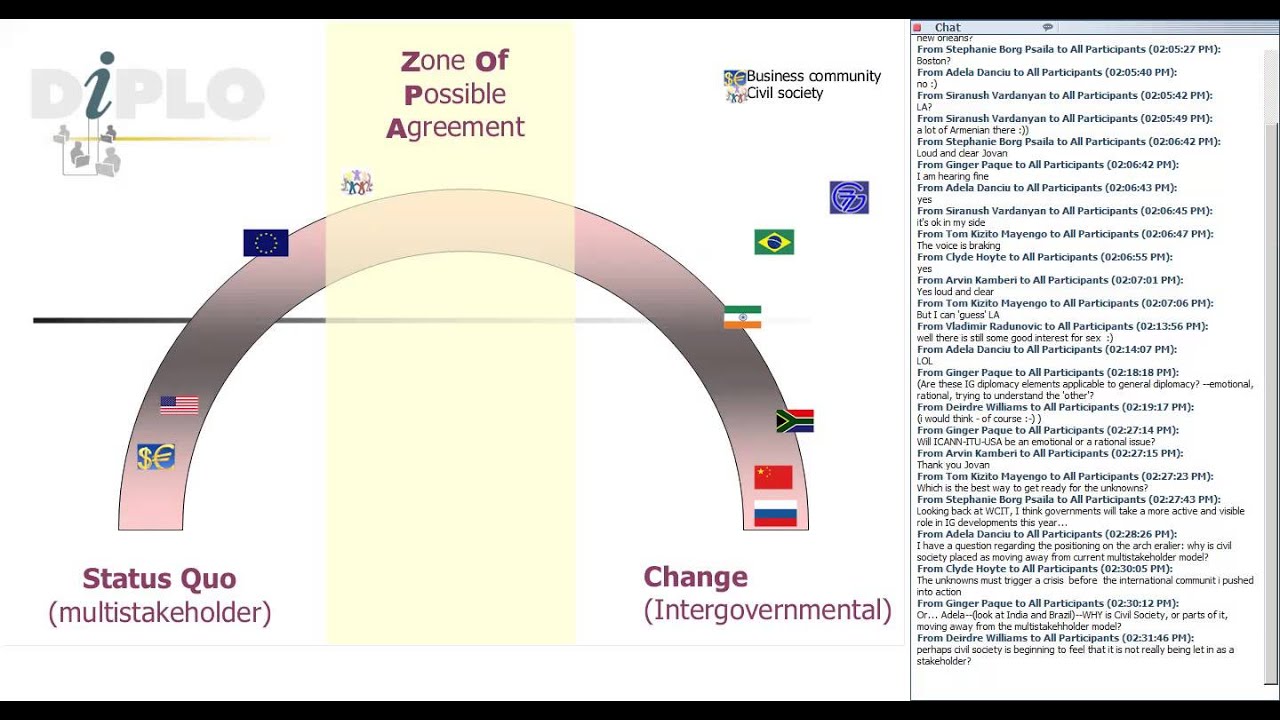 You can also download the PowerPoint Presentation in PDF format, separately, here.

World Summit on the Information Society