You are here: Home1 / Webinar digest: The European Commission and Internet governance 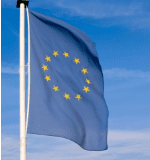 The focus of our May IG webinar was on the European Commission’s role in IG: its long-standing involvement, the various IG-related policies, the key principles and objectives that guide its work, and its vision for the future of the Internet.

Mr Glorioso explained the Commission’s involvement in various fora, including the WSIS process, ICANN’s Government Advisory Council, with the Council of Europe, and the OECD. He noted that the Commission is also one of the major funders of the IGF. On a less visible – yet equally important – level, it also cooperates with many other players.

Yet, in its internal and external actions, what drives the Commission’s work? What should Internet governance policies look like, according to the Commission?

In brief, the key principles guiding the work of DG INFSO have been included in the so-called Compact for the Internet, which was announced by Neelie Kroes, Vice-President of the European Commission and Commissioner for the Digital Agenda (thus responsible also for Internet governance) as her ‘vision’ for the Internet.

The term ‘Compact’ is an acronym which stands for a list of seven ‘Internet essentials’, or ‘imperative features’ – each of which was well-described by Mr Glorioso with reference to specific areas of Internet governance:

The Compact’s key principles attracted several questions from the webinar participants, which were answered by Mr Glorioso in the second part of the webinar, including:

The points above represent a brief summary of what was discussed during the webinar, but we invite you to listen to a live recording of the webinar, in which Mr Glorioso talks about the role of the European Commission in Internet governance in detail, and reflects on the questions asked by webinar participants. Comments, which will be forwarded to Mr Andrea Glorioso, are also welcome.

Back to cable geo-politics? (first part)