On 24 June, the digital policy community in Geneva gathered to discuss ways of implementing the final report of the UN High-Level Panel on Digital Cooperation, The Age of Digital Interdependence.

More than 80 participants from international organisations, diplomatic missions, academia, business, and civil society, contributed with concrete action points that could potentially see the report materialise in the months to come. The ‘Contributions from Geneva’ come one week after the report was officially launched in Geneva on 17 June.

The expert discussion, Unpacking the High-Level Panel’s Report, was organised on Monday, 24th June, by the Geneva Internet Platform with the Permanent Mission of Switzerland to the UN, and the State of Geneva, in partnership with the EU Delegation to the UN, the Permanent Mission of the UAE to the UN, the University of Geneva, ETH Zurich, and the Ecole polytechnique fédérale de Lausanne (EPFL). Expert discussants led the debates on each recommendation, which were organised as break-out sessions. 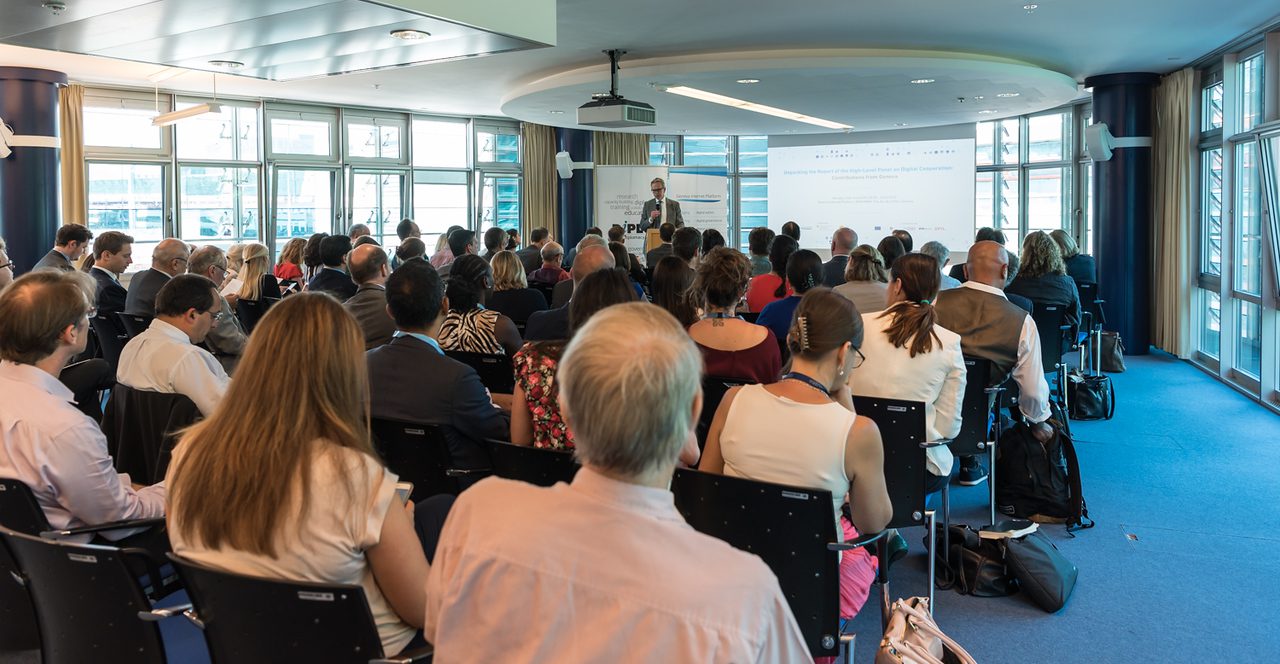 In the opening remarks to the expert discussion, the Panel’s report received significant praise for the comprehensive set of recommendations on how to improve digital cooperation and the current digital architecture.

Referring to the need to transform the recommendations into concrete actions, Dr Stephanie Borg Psaila, interim head of the Geneva Internet Platform, encouraged more timely follow-ups and discussions. In addition, the GIP provided a neutral, inclusive, and fully functional space where some of the recommendations could be implemented.

Mr Oliver Hoehne, Deputy Head of the Multilateral Division at the Permanent Mission of Switzerland to the UN, also mentioned the need for agile follow-up to reflect the urgency and relevance of digital policy for modern society. There should also more efforts in connecting the dots between the work of organisations in policy areas such as trade, human rights, health, many of which are affected by digitalisation.

Emphasising the recommendations’ timely opportunity to create more convergence among the high number of mechanisms that make up the current digital architecture, Mr Nicholas Niggli, Deputy Secretary General, State of Geneva, stressed that Geneva can play a key role in implementing the Panel’s recommendations. ‘In this context, I can’t insist enough on the significant role the Geneva Internet Platform can play in bringing together the actors; it has in fact already taken important steps in this post-Panel process.’

Referring to the ongoing selections for the new European Commission’s presidency, Amb. Carl Hallergard, Deputy Head of EU Delegation to the UN, said that the Panel’s timely report can help create stronger links between the global digital policy agenda and the EU’s digital priorities. Various themes analysed in the report are also reflected in the EU’s policy agenda in the context of the EU’s work on the Digital Single Market, cybersecurity, human rights, development, and others.

Actionable local initiatives were an important initial step in the scale-up strategy to implement the report’s recommendations. Speaking on behalf of the Ecole polytechnique fédérale de Lausanne (EPFL) and ETH Zurich, Prof. Edouard Bugnion, EPFL’s Vice-President, also said that academic and research communities can also contribute significantly to the implementation of the report.

Referring to the contributions, Amb. Thomas Schneider, Head of International Relations, Swiss Federal Office of Communications, said that an improved policy architecture – one built on existing mechanisms and experiences, rather than the creation of new institutions – should provide incentives to all actors to co-operate in a constructive, inclusive, transparent and accountable manner, based on agreed values, principles, and sustainable development goals.

One of the biggest gaps in the current system is the (political) disconnect between multistakeholder dialogue platforms like the IGF and decision-making entities on national and international levels, where decision-makers still too often decide isolated in their silos. We therefore need to create horizontal networks with low entry points and incentives for countries and relevant other actors to participate and connect.

Amb. Schneider concluded that we should use the recommendations as a framework for advancing the debate on our digital future in an inclusive, informed, and impactful way. 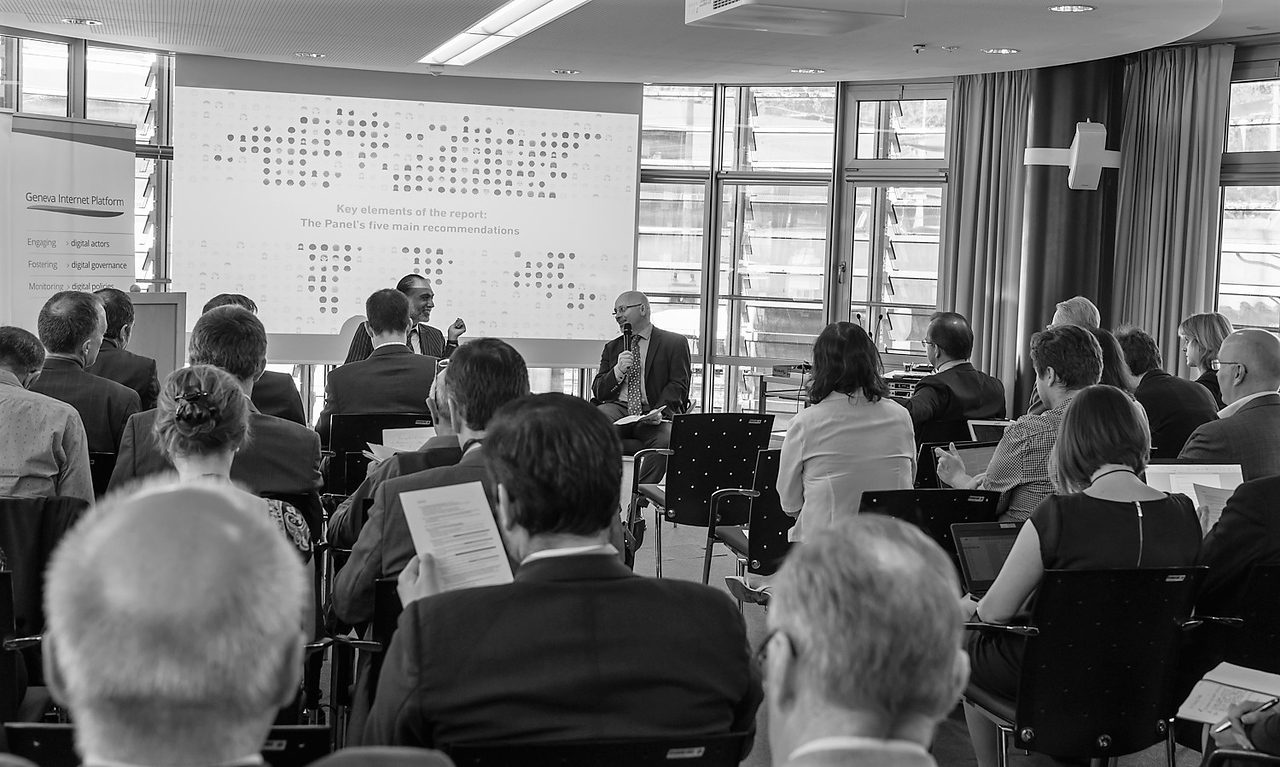 Introducing the main recommendations, Amb. Amandeep Singh Gill and Dr Jovan Kurblija, Executive Co-Directors of the Panel’s Secretariat, explained that the report provides a basis for discussion, which in turn should generate an in-depth reflection as well as new ideas and proposals.

The Panel’s recommendations need to be considered in their entirety; the linkages between them – such as the need for capacity development in the fields of security and human rights – should be explored in depth. The follow-up processes and discussions needs to be facilitated by non-technical language, which can be understood by anyone who is affected by digital changes.

The report comes at a time which is driven by fast developments, and where different interests are often at loggerheads. The report ultimately provides inputs for the many choices and trade-offs which individuals, companies and governments will need to make.

For more photos from this event, visit the photo gallery. For more updates about the implementation of the Panel’s report, and other updates on the Panel’s work, visit the dedicated page on the GIP Digital Watch observatory. 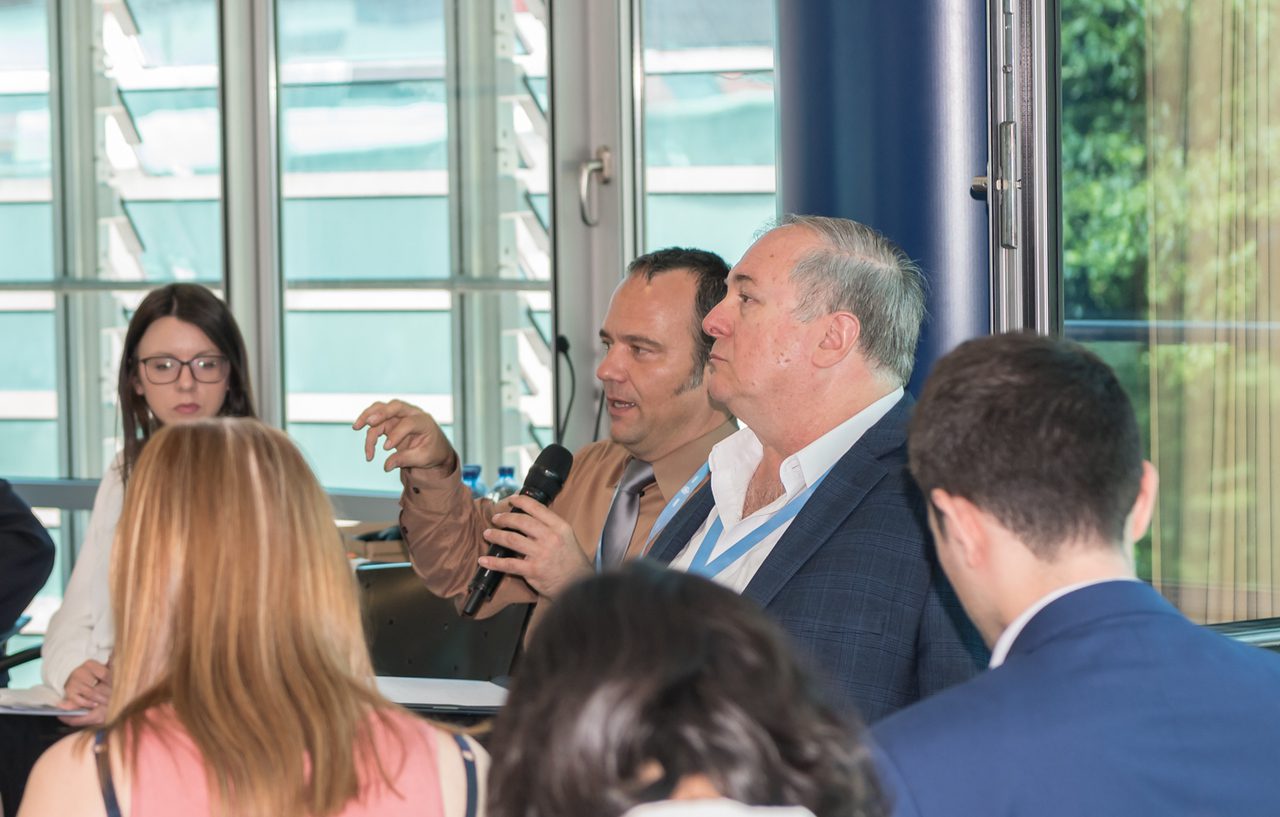 The contributions from the expert discussants and participants focused on unpacking the report, and on proposing ideas for implementation and follow-up action points. Each set of contributions and action points correspond to the related recommendation made by the Panel.

#4 A safe and stable digital space

#5 Mechanisms and models for digital cooperation

In the spirit of networking and a bottom-up approach, it is also suggested that international organisations, academia, governments, and the tech sector create follow-up networks to help implement the proposed actions.