You are here: Home1 / Preparing for the Geneva Internet Conference: major IG events in 2014

There is less than a month to go to the Geneva Internet Conference. Scheduled for 18‒19 November, the conference will wrap up a very busy year in Internet governance (IG) and lay the basis for a decisive 2015.

2014 has been the year of  ‘a hundred blooming flowers’ with many organisations trying to advance ideas and concepts for the future of IG. Let’s take a look at what has been done so far this year.

Up to now, the major event was NETmundial (São Paulo, April 2014), co-organised by the President of Brazil and the Internet Corporation for Assigned Names and Numbers (ICANN). It focused on IG principles and its future architecture. The NETmundial declaration laid a few building blocks for the future IG architecture based on an advanced and genuine multistakeholder approach. The way in which the NETmundial produced its outcome document, through a multistakeholder and inclusive process, was an important innovation. The NETmundial follow-up was taken up by the World Economic Forum (WEF), which raised some questions and concerns.

See the Geneva Internet Platform (GIP) exclusive coverage of the NETmundial and resources.

During the ICANN 50 meeting (London, June 2014), the organisation celebrated its anniversary by looking into the future. Accountability and transparency in the context of the Internet Assigned Numbers Authority (IANA) process came into focus. The meeting also tried to make the NETmundial achievements more operational.

Browse GIP resources and links on the ICANN 50 meeting.

The Internet Governance Forum (IGF) (Istanbul, September 2014) took place in a fast-changing policy context. It is clear that the IGF needs to have more tangible outputs. Will these take the form of  ‘good practices’ or more concrete declarations? Should the IGF act as a clearing-house for overall IG? The 2014 IGF raised more questions than it delivered answers.

The UN Human Rights Council session on online privacy (Geneva, September 2014) showed that IG issues are streaming into general global politics. The highest human rights body discussed online privacy, one of the key policy issues in the post-Snowden era. While the human rights aspect is important, it remains to be seen how the other aspects of online privacy and data protection, such as commercial, technical, standardisation, and security aspects, will be covered. Are we going to have a space/place where these issues will be addressed in a holistic way? Will the IGF, as an IG clearing-house, be such a place?

Browse GIP coverage of the event with resources. And a brief summary of the GIP session.

The complexity of IG is such that few actors grasp it fully. During the Geneva Internet Conference we will revisit the different experiences of the year and discuss how they can become building blocks for the future Internet Governance Building that should take shape in 2015. The conference sessions will be focused on issues such as overcoming policy silos by tackling different institutional cultures, providing a legal framework, jurisdiction and enforcement in IG, as well as promoting inclusion in digital policy and IG capacity development. We will post the full programme on our website soon. 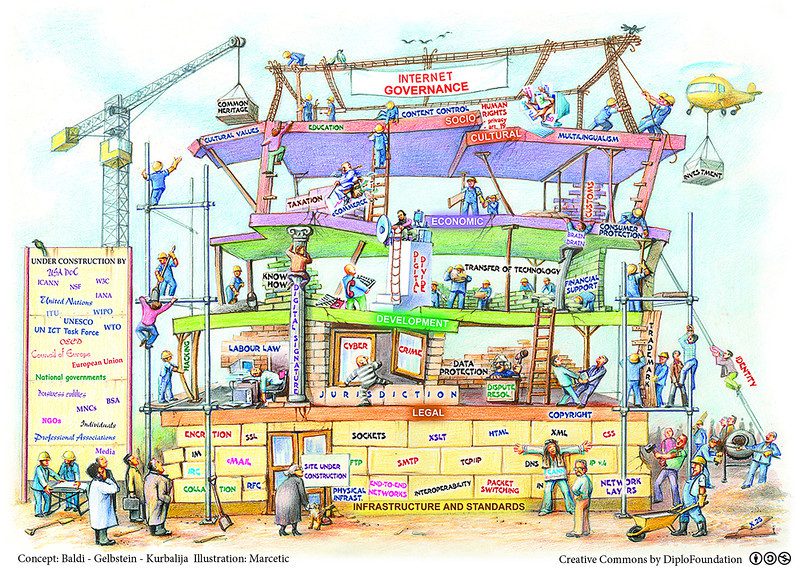 Join us for preparatory discussions on IG policy silos and the idea of a one-stop shop in IG.  Add your views to our survey on how IG-related issues are dealt with in your national context. Your participation in this process is key.

Practical solution for global inviolability of the Internet root zoneThe right to be forgotten: from Spain to Luxembourg and beyond
Scroll to top