You are here: Home1 / Online Freedom of Expression: issues and frameworks

Online Freedom of Expression is one of the most controversial issues right now. Several world events – such as the Arab Spring and the Occupy movement – have shown that many grey areas surround this freedom. How should objectionable content be tackled, and who determines the balance?

Diplo’s February IG webinar on Online Freedom of Expression, designed to provoke critical thinking on these crucial questions, also touched upon the related issues of filtering, censorship, and the treatment of objectionable content. The special host was Salanieta T. Tamanikaiwaimaro, from Fiji, one of two co-coordinators of the Civil Society Internet Governance Caucus (IGC).

The February webinar coincided with a UN Human Rights Council meeting in Geneva, which was scheduled for the following day. The Expert Panel was composed of the UN High Commissioner for Human Rights, Special Rapporteur Frank La Rue, representatives from APC, Instituto Nupef, and Google, the Commissioner of the National Human Rights Commission of Indonesia, and the Swedish Foreign Minister. 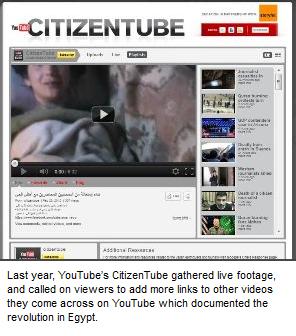 Ms Tamanikaiwaimaro talked about several incidents that clamped down on individuals’ online freedom of speech in the past few weeks. These included incidents of repression of dissent in Iran; the arrest of Tunisian journalists following the publication of controversial content; filtering of content in Pakistan; threats by a High Court in India to block Facebook and Google unless they devised mechanisms to check and remove objectionable content; and filtering of content in Fiji in the name national security.

Yet, whenever one’s freedom of expression is violated, the underlying issue is mainly one of a balance on interests: are states’ national security concerns legitimate and proportional? Are transparent procedures in place to ensure that individuals’ rights are adequately protected? Despite the fact that laws have been promulgated, have ethical considerations been taken into consideration?

Ms Tamanikaiwaimaro quoted from and explained in depth the three-tier test referred to by Frank La Rue in his report. The test attempts to ensure that restrictions to an individual’s online freedom of expression are legitimate and proportional to the rights and considerations they seek to protect. At the same time, the three-tier test was also based on the purposes set out in the International Covenant on Civil and Political Rights.

We invite you to listen to a live recording of the webinar, in which our host also reflected extensively on: the Special Rapporteur’s three-tier test;  the preamble of the International Covenant on Civil and Political Rights; and several considerations that help us reflect on the paramount question of who determines the balance between online freedom of expression and other important rights and considerations. You can also download the PowerPoint Presentation prepared by our special host which was used during the webinar.

Teaching climate change: why the physical is not enough …Diplomacy of small states
Scroll to top