You are here: Home1 / The next big thing

The next big thing

Thoughts and impressions on what was said and unsaid at the Internet Governance Forum held in Vilnius, Lithuania, on 14-17 September, 2010

Look back at all the IG-related events that took place since the 4th IGF. You may have already guessed: national and regional IGFs are the next big thing. And it’s also quite likely that they will take on an even bigger and significant role. 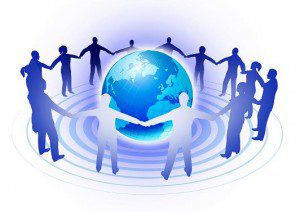 Tangible results are also visible as “links and synergies” between the national IGFs, as described in An Introduction to Internet Governance (p. 181).

The past twelve months have seen a spur of regional and national IGFs taking place across the five continents. A dedicated section on the Internet Governance Forum’s website shows a list of such IGFs, while the Forum’s 2010 calendar shows a list of meetings organised by the same IGFs this year. Even a comparison between the IGF2010 schedule of workshops and last year’s schedule shows a noticeable increase in workshops organised by such IGFs.

While some are still at embryonic stage, others have developed into fully-fledged regular meetings. Odds are that such IGFs, especially national ones, will increase in number, and that’s due to the realisation that the mapping of Internet governance policy and issues should start off at a local level.

Countless advantages emerge from these meetings. Even the most obvious start off from the premise that every country has its own specific needs, from ensuring that a bigger portion of the population has faster and more reliable Internet access, to raising more awareness on cybercrime and other threats; from the need to mobilise technical solutions, to the need to foster healthier economic environments.

So do the stakeholders. Local and regional IGFs empower stakeholders to voice their concerns and recommendations, in a way they can be really heard. Unconventionally, the fact that such messages go through another channel before being projected at the annual IGF actually increases their likelihood of being heard.

National meetings help states identify what the local needs and priorities are. Localising the discussion allows states to manage these priorities and set their own agenda, before taking it to the next level. And where governments still sport a casual attitude towards IG, local stakeholders are able to use these meetings as national sounding boards.

At regional level, national priorities take centre-stage too, but perhaps these priorities tend to be less pronounced when they are met with regional priorities which are aiming to go global. And the rules on regional groupings hint that a unified voice is often stronger than individual ones.

Not to mention the visible results obtained by such IGFs. This year, a good number of IGF2010 workshops were organised by national and regional IGFs. The work they have carried out is noteworthy. In the span of a year, for example, the Commonwealth IGF embarked on cybercrime and child safety projects, according to its member states’ priorities and recommendations. One year later, its members met in Vilnius to showcase what has been done, and which priorities should be tackled next.

Tangible results are also visible as ‘links and synergies’ between the national IGFs, as described in An Introduction to Internet Governance (p. 181). ‘Brazil has a remarkable way of managing national IGF policy. Egypt is a leader in child safety. Latin America has an excellent programme for the co-ordination of managing Internet names and numbers. India is making breakthrough after breakthrough in bringing Internet to the poorest communities. The list is long. These examples have been presented to the IGF, discussed, and in many cases emulated…’

There is no doubt that national and regional meetings have already contributed positively to the IG debate. One hopes that as the IGF enters into a new phase, whether it’s the way we know it, or the way the UN members decide it to be, such meetings will continue to achieve tangible results, and empower local stakeholders to have a stronger voice in the shaping of IG issues.

How do diplomats work with tweeting politicians?’37 people are waiting for you to confirm their friend requests’...
Scroll to top