You are here: Home1 / Internet governance in October 2019

Renewed call from governments for back door access and new tools being used for surveillance; facial recognition technology (FRT) facing regulation; and Facebook’s Libra cryptocurrency project facing more scrutiny and setbacks were among the main digital policy trends in October 2019.

These and many other developments, trends, and regional updates were covered during October’s jus t-in-time briefing on Internet governance – our monthly appointment on the last Tuesday of every month – which took place on 29 October 2019. They will also be summarised in the Internet Governance Barometer for October and in Issue 43 of the Geneva Internet Platform (GIP) Digital Watch newsletter.

A look back to events in October 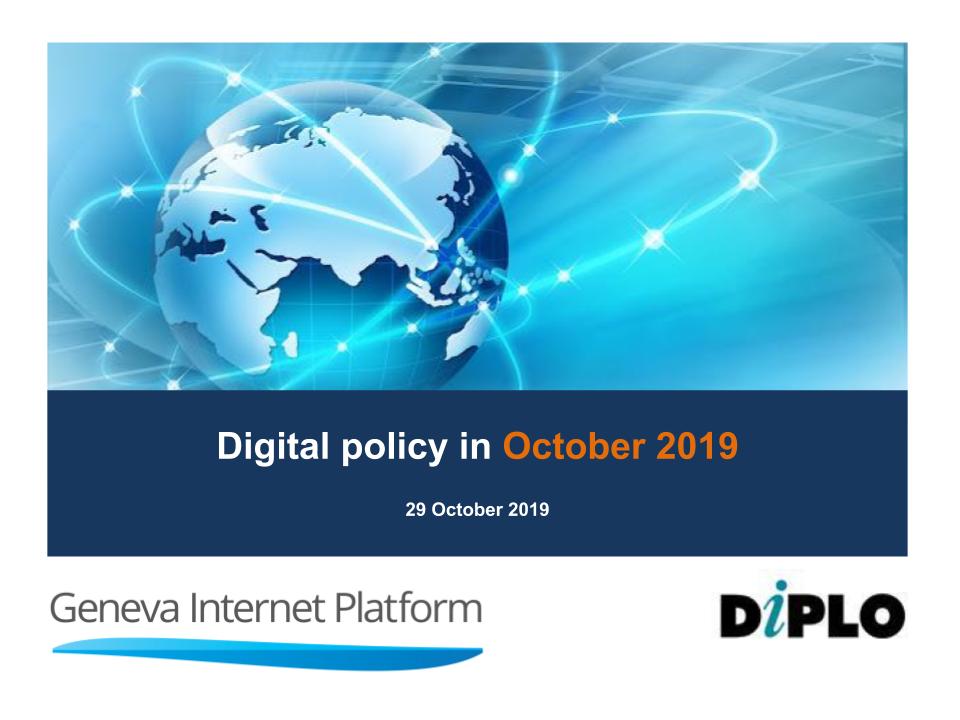 The two most important developments related to security were the USA, UK, and Australia’s request to Facebook to introduce an encryption back door, and  the Netherlands’ applicability of international law in cyberspace position made public, Radunović noted.

Maciel highlighted the Organisation for Economic Co-operation and Development (OECD) proposal for a new framework for taxing the digital economy.  She also noted that the UN Special Rapporteur on the promotion and protection of the right to freedom of opinion and expression, urged governments and companies to protect vulnerable groups and targets of hate speech. The European Court of Justice ruled that Facebook can be ordered to delete content worldwide which has been deemed illegal in an EU country jurisdiction.

The next Internet governance briefing is on 26 November. Registrations are open.

The next issue of the Digital Watch newsletter will be published in the beginning of November. DiploFoundation will organise a webinar entitled ‘Applicability of international law to cyberspace: Do we know the rules of the road?’ with the support of Microsoft.

Amrita Choudhury gave updates from Asia about data protection of children coming into effect in China; Sri Lanka introducing the final draft of their Data Protection Bill; Singapore’s fake news law taking effect; the Australian National University releasing an incident report of the data breach they suffered in late 2018; the Australian Cyber Security Center publishing a ‘Small Business Cyber Security Guide’; facial recognition being made mandatory in China for telecom and Internet access; and the sixth World Internet Conference being held in Wuzhen.

Grace Mutung’u provided updates from Africa, including how African countries ranked on the Affordability Report 2019 and Ethiopia opening a national consultation on new telecommunications licences.

Andre Edwards provided updates from the Caribbean, where the Eastern Caribbean Central Bank launched a pilot digital version of the EC Dollar and Bermuda started accepting the stablecoin ‘USDC’ for tax payments.

Noha Fathy highlighted developments from the Middle East and North Africa, which included an Internet shutdown in Iraq amid protests and a reported Internet blackout in Syria.

Governance of Internet governance: towards a plateau of productivity 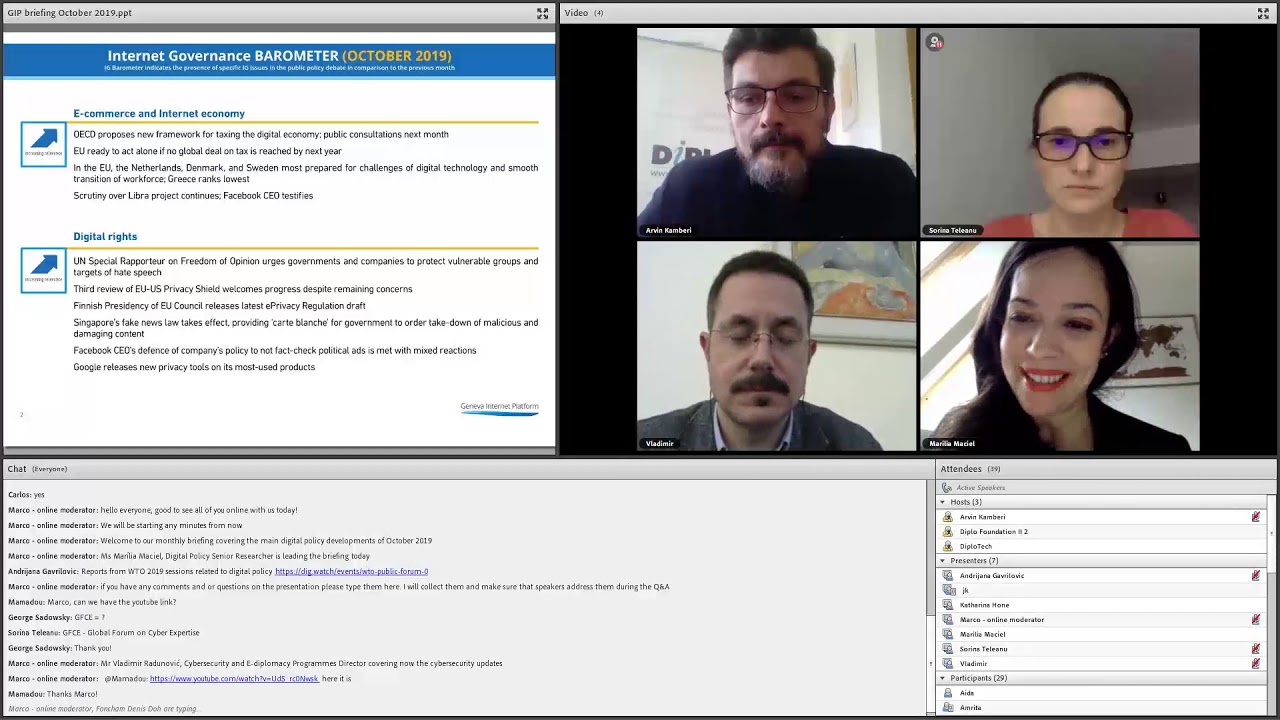