You are here: Home1 / Internet Governance in October 2018

The continuation of data breaches and a tougher backlash against tech companies, a new push for EU tax on tech giants, and a possible change in applying antitrust rules in order to protect competition per se were among the main digital policy developments in October 2018.

These and many other developments, trends, and regional updates were covered during October’s just-in-time briefing on Internet governance – our monthly appointment on the last Tuesday of every month – which took place on 30 October 2018. They were also summarised in the Internet Governance Barometer for October, and in Issue 35 of the Geneva Digital Watch newsletter, published on 6 November 2018.

Dr Stephanie Borg Psaila, interim director at DiploFoundation and editor of the GIP Digital Watch observatory, highlighted some of the events held in October 2018, such as the UN High-Level Panel on Digital Cooperation: Virtual Town Hall Meeting, International Conference of Data Protection and Privacy Commissioners, ICANN (The Internet Corporation for Assigned Names and Numbers) 63 Annual General Meeting, and the UN World Data Forum 2018, from which Geneva Internet Platform rapporteurs reported.

Ms Vera Major, government and intergovernmental organisation (IGO) engagement manager of the ICANN Organisation, gave a brief overview of the ICANN 63 Annual General Meeting where new board members of ICANN took their seats. Some of the subjects discussed were the General Data Protection Regulation (GDPR) and WHOIS (the system that hosts the information on who is responsible for a domain name or an Internet protocol (IP) address); the new round of generic top-level domain names (gTLDs); IGOs’ access to curative rights protections, geographic names; and two-country character codes at the second level.

Next, Dr Borg Psaila spoke about the main digital policy updates in October, including: 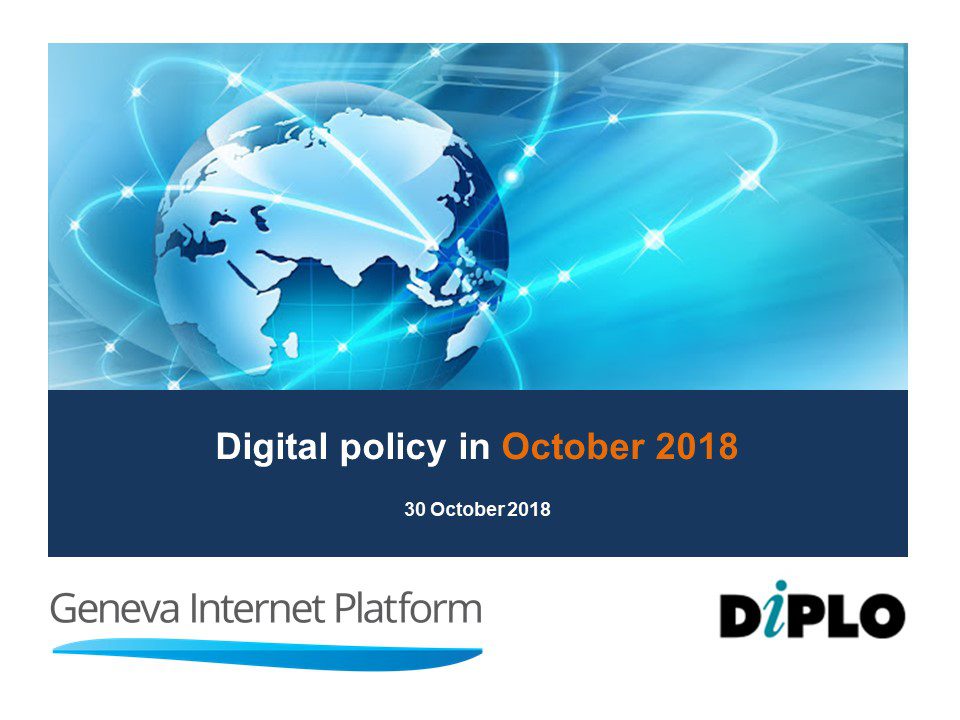 Mr Arvin Kamberi, curator of e-money and virtual currencies at the GIP Digital Watch observatory, explained the shortcomings of blockchain generated voting. The most serious issue is the security of devices: ballot machines, computers, phones. These devices are known to be easily hacked, and can be abused to cast false votes. Another concern is privacy – using blockchain and insufficient encryption can reveal who cast a vote for whom, bringing forth questions of bribery, electoral fraud and other influences. Finally, an Internet-based election process can be undermined by large scale cyber-attacks.

The next Internet governance briefing is on 27 November. Registrations are open.

Among other topics discussed were the regulations on fake news; the uniqueness of blockchain in enabling e-voting; the possibility of using blockchain for e-voting, and comparing the results of both manual and e-voting to detect election fraud; the potential of blockchain to solve all voting problems; blockchain’s compatibility with the GDPR; enhancing Internet governance; and the UK’s Code of Practice for Consumer Internet of Things (IoT) Security.

Amrita Choudhury provided updates from Asia. To counter the fake news, the Indonesian Ministry of Information and Communication issued two press releases for debunking ‘hoax news’. The government had also announced that they will be holding weekly briefings on fake news to help the public ‘sort through the news’. Apple has submitted a statement to the Australian parliament, criticising the government’s proposed Access and Assistance Bill 2018.

Andre Edwards gave an overview of updates from the Caribbean region. The Barbados Stock Exchange (BSE) will join the blockchain revolution by opening up a market for crypto-assets soon. Three Caribbean candidates—Peter Harrison, Alicia Trotman and Kerrie-Ann Richards—have been elected to leadership roles at the American Registry of Internet Numbers (ARIN). Industry stakeholders joined forces for a better digital economy, organising capacity building sessions during the Internet Week Trinidad and Tobago.

Updates from the Middle East and North Africa region were provided by Noha Fathy. The Syrian Telecommunication Regulatory Authority (TRA) declared that the censorship of VoIP services is being examined, as it has adverse effects on the revenues of licensed telecommunication companies. ARTICLE 19 published its ‘Tightening the net: The internet in the time of currency crisis’ report on the recent Internet policy developments in Iran, which sheds light on major political and economic events that influenced policy decisions vis-à-vis online freedoms and Internet access. 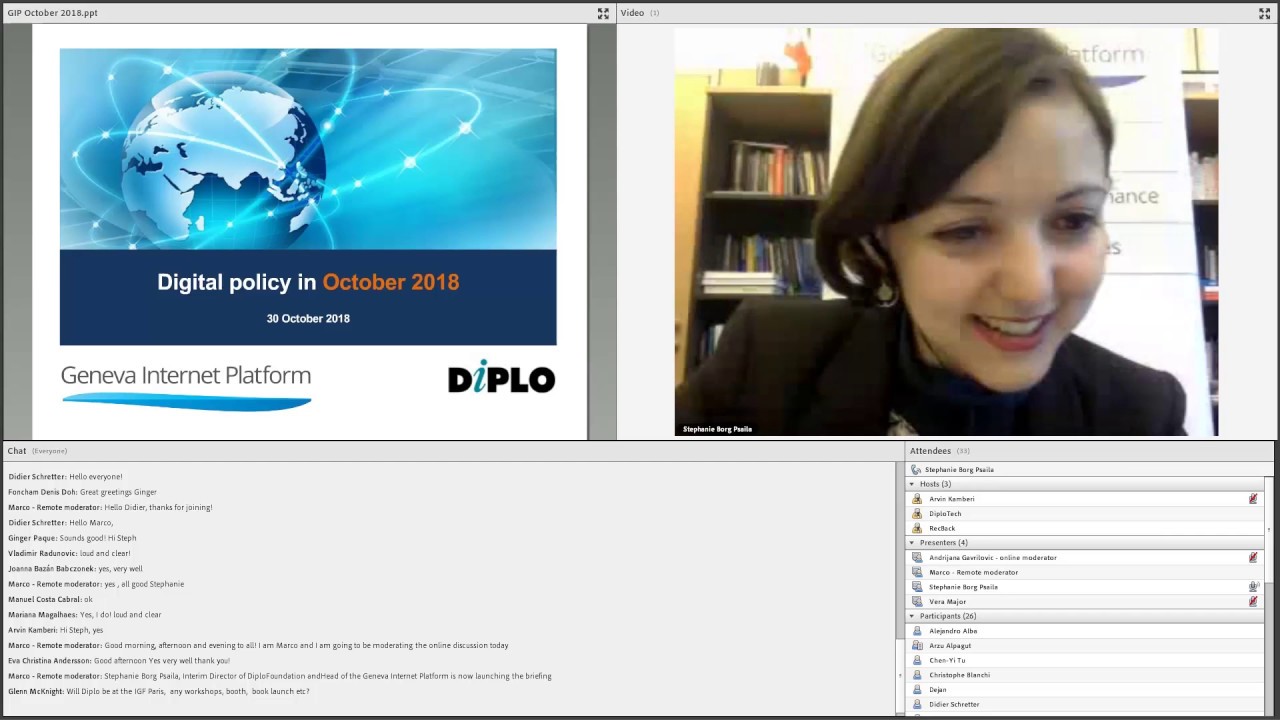