You are here: Home1 / Internet governance in November 2014: A bubbling cauldron

November has been a busy month for Internet governance (IG). Aptly described as a bubbling cauldron – a vivid metaphor which highlights the heated discussions which took place in this eventful period – these IG policy developments and events have a broader impact on the political space.

Dr Kurbalija explained that as we approach the end of the year, Diplo and the Geneva Internet Platform (GIP) will conduct a survey of the top events for 2014. December is expected to slow down in terms of developments and events, and will provide time for reflection.

The video recording of the webinar is available below: 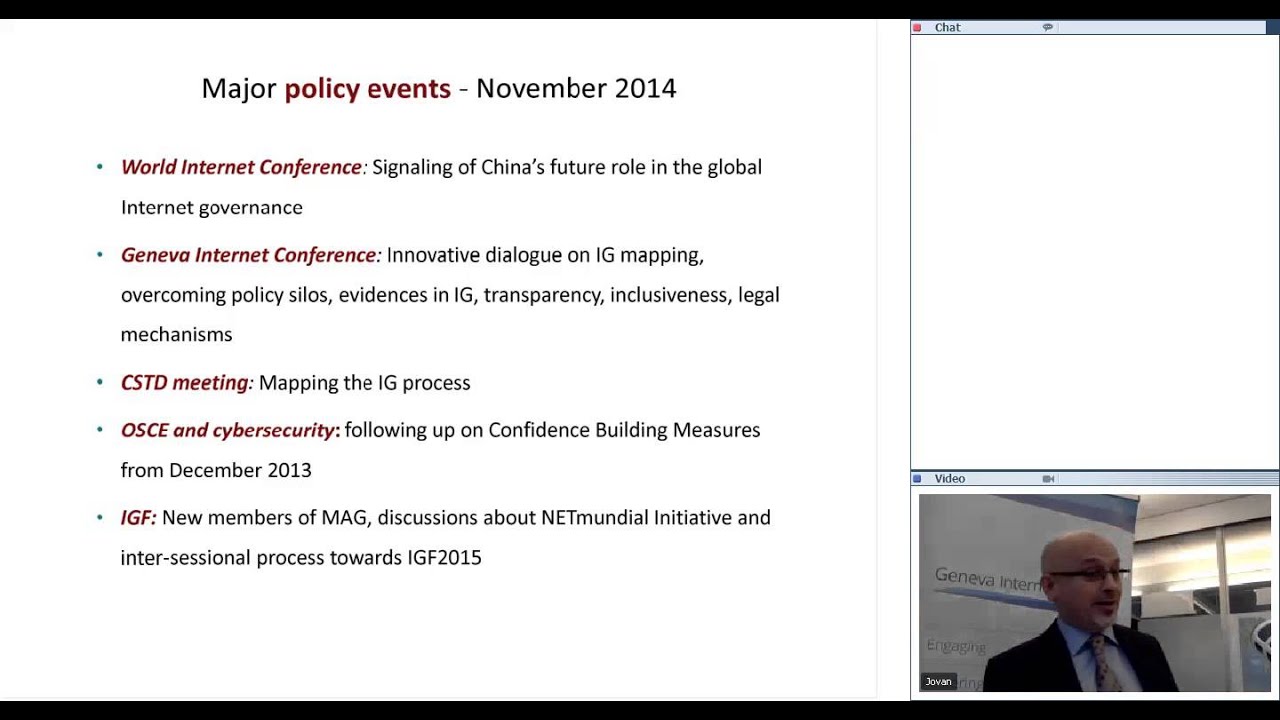 The power of data

The 8 most over-used words in Internet governance

Outcomes of the ITU’s Plenipotentiary Conference
Scroll to top