Internet governance in May 2019

The continuing controversy around Huawei; the Christchurch call aiming to eliminate online violent extremism; and facial recognition technology raising alarms were among the main digital policy trends in May 2019.

These and many other developments, trends, and regional updates were covered during May’s just-in-time briefing on Internet governance – our monthly appointment on the last Tuesday of every month – which took place on 28 May 2019. They were also be summarised in the Internet Governance Barometer for May and in Issue 40 of the Geneva Internet Platform (GIP) Digital Watch newsletter.

A look back at events in May

Borg Psaila spoke about major Internet governance events in May 2019, including the AI 4 Good Global Summit 2019, the 5th South Eastern European Dialogue on Internet Governance (SEEDIG), the 22nd Session of the Commission on Science and Technology for Development (CSTD), the Christchurch Call Summit, the 72nd World Health Assembly, and the EBU Media Summit 2019. Details and reports can be found at dig.watch/past-events.

Main updates in May 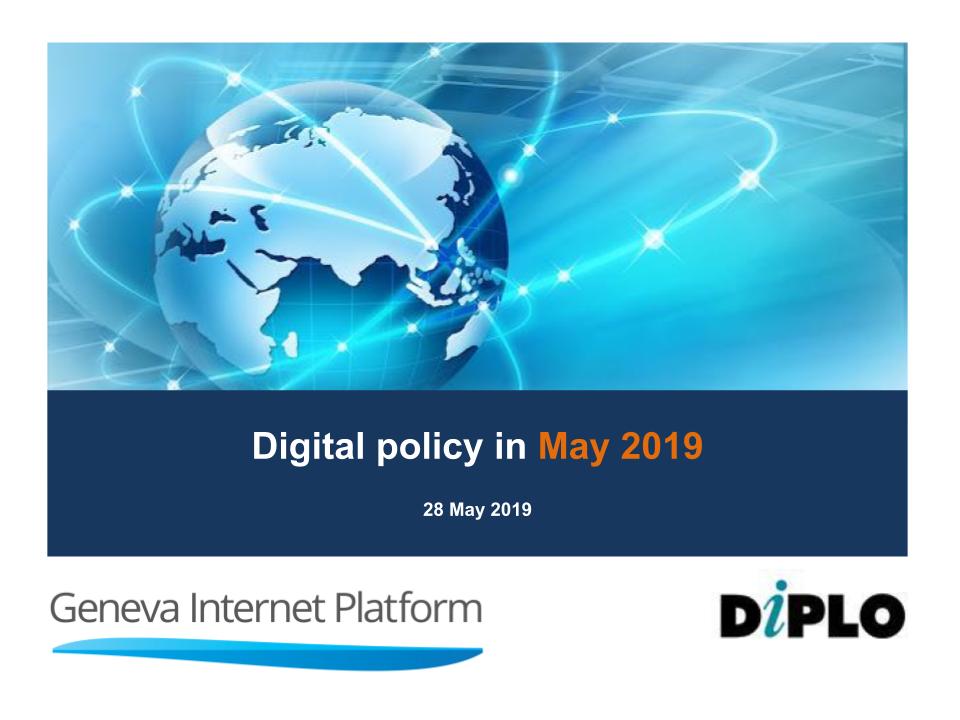 Maciel gave a short summary of economic developments. The Advocate General of the Court of Justice of the European Union (CJEU) issued a legal opinion to the CJEU, affirming that Airbnb is an information society service. Uber drivers protested against Uber’s working conditions and pay practices in several cities around the world. In a setback for Uber drivers in the US, the National Labor Relations Board (NLRB) concluded that Uber drivers are independent contractors and not employees.

Kamberi explained Facebook’s plans to launch a cryptocurrency for digital payments by 2020.  Dubbed as the ‘GlobalCoin’, the system is envisaged to provide a secure and affordable payment system even to the unbanked.

Teleanu explained that the ICANN board of directors have resolved to approve the .amazon gTLD application, a decision criticised by presidents of Peru, Colombia, Ecuador, and Bolivia.

Borg Psaila outlined upcoming events in June, including the launch of the Report of the UN High-level Panel on Digital Cooperation in New York on 10 June and in Geneva on 17 June, EuroDIG 2019, ICANN65, the 108th Session of the International Labour Conference, and Africa Internet Summit 2019.

The next Internet governance briefing is on 25 June. Registrations are open.

Borg Psaila gave an overview of the upcoming activities of the GIP and DiploFoundation, which included the May 2019 newsletter, an expert discussion on the UN High-level Panel on Digital Cooperation’s report, the June edition of the monthly briefing on digital policy, and a six-month review of digital policy issues in 2019 for Geneva-based practitioners.

Wanda Perez provided updates from the Caribbean countries. BITT and eGA signed a historic memorandum of understanding (MoU) to benefit countries across the Caribbean in e-governance. The World Bank’s Caribbean Regional Communications Infrastructure Program (CARCIP) will boost broadband access in the Caribbean.

Shita Laksmi highlighted the developments from Asia. Singapore adopted a new Protection from Online Falsehoods and Anti Manipulation Bill. Indonesia has introduced curbs on social media to prevent the spread of hoaxes and calls for violent post-election attacks, and two days of protests in the capital.

Hanane Boujemi provided updates from the MENA region.  Telehealth solutions powered by AI are being rolled out in Saudi Arabia. Saudi Arabia and the United Arab Emirates (UAE) are rolling out 5G technology. Amazon.ae has been launched in the UAE. 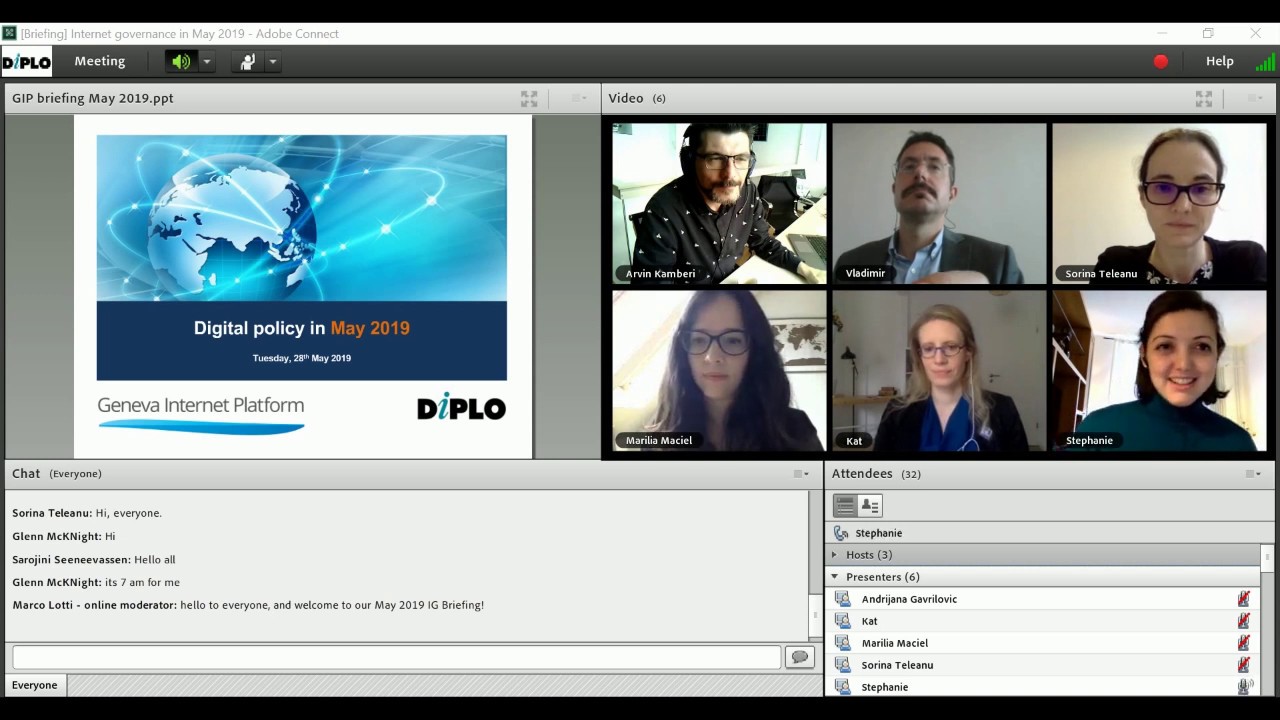