The summer months were uncharacteristically busy for Internet governance. NATO declared cyber to be the fourth military domain, while the EU-US Privacy Shield was approved. The Microsoft judgment will impact other jurisdiction cases, while e-commerce is gaining momentum. These developments – summarised in the IG Barometer for July and August and in Issue 13 of the Geneva Digital Watch newsletter – gave rise to at least five key trends that are shaping digital policy. 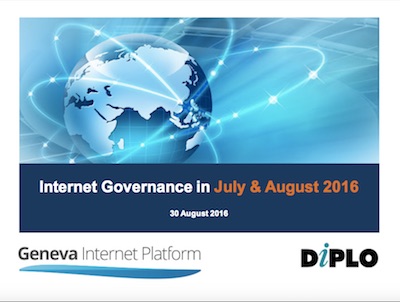 The July and August developments, trends, and regional updates were the subject of our latest Internet governance briefing, which took place on 30 August 2016. Leading the briefing, Dr Jovan Kurbalija gave an overview of the top trends that dominated the summer months:

The briefing also included two polls, which asked whether cyberspace be considered a fourth or a fifth military operation domain, and whether states should be responsible for crossborder cyberattacks initiated by individuals and companies based on their territory. View the recording of the briefing: 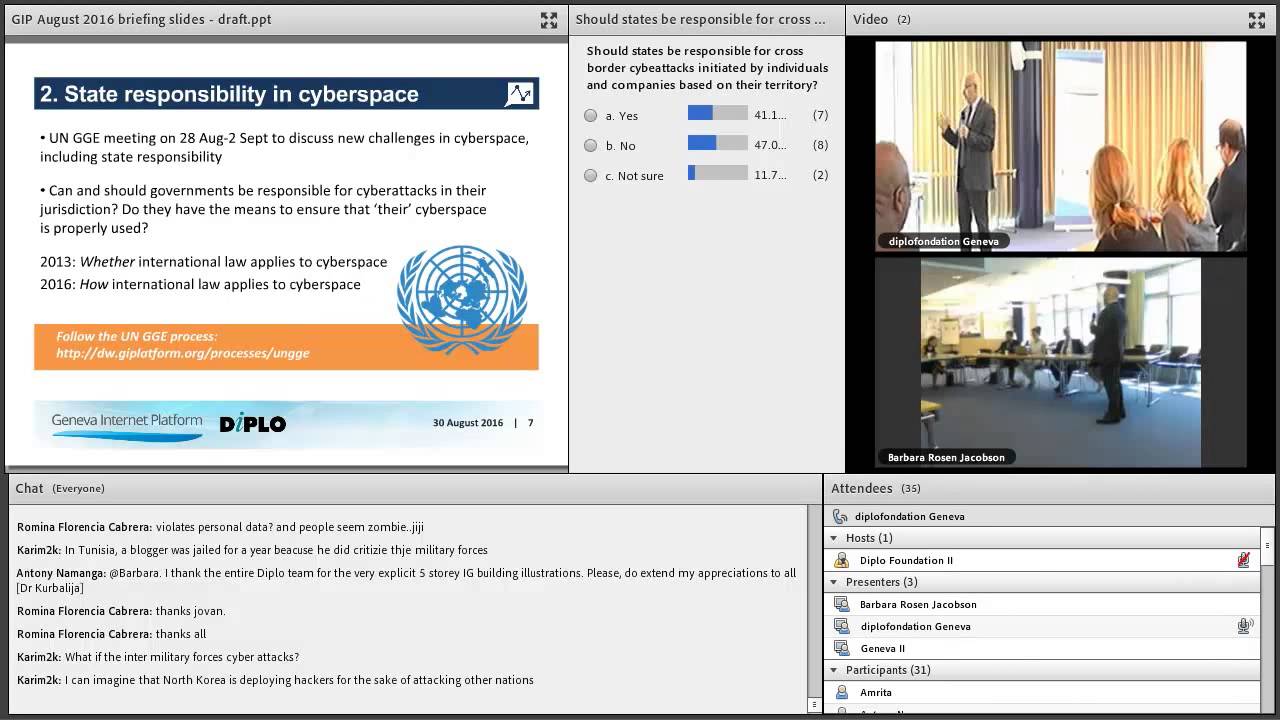 and download Dr Kurbalija’s presentation. The trends are explained in more detail in Issue 13 of the Geneva Digital Watch newsletter.

Two GIP hubs – the Rio de Janiero hub and the Tunis hub – joined participants of the webinar to share updates from their region.

Speaking on behalf of the Rio de Janeiro, Luca Belli from the Center for Technology and Society of the Getulio Vargas Foundation School of Law explained that one of the outputs of the recently held Brazilian IGF is the formation of an Internet Rights Coalition. The interim government’s plans to redefine the role of the Brazilian Internet Steering Committee (CGI.br) – a widely-recognised model of multistakeholderism – triggered debates in the region, while the temporary blocking of Whatsapp also raised concern. View a recording of the Rio de Janeiro hub’s intervention: 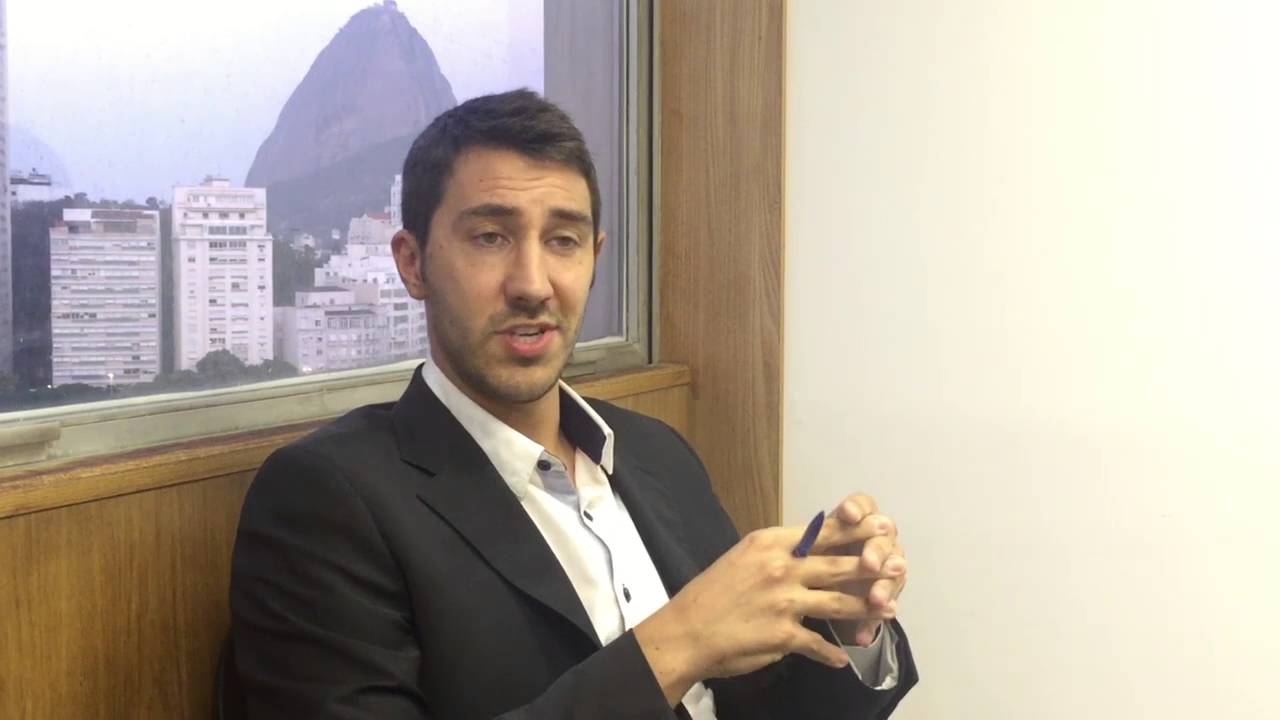 The Tunis hub focused on the rising threat of cybercrime – including cyberterrorism – in Middle East and North African countries, and the policies that have been enacted to counter the crimes. Speaking on behalf of the hub, policy analysts Hamza Ben Mehrez and Wafa Dahmani explained that such policies are mostly reactive and focus only on the role of the government in maintaining security. In addition, MENA countries have adopted measures to improve security, such as versting responsibility in agencies and directorates, and initiating national incident response protocols. While these are laudible steps forward, they are not sufficient enough to manage the risks associated with the digital assets of an entire country. View a recording of the Tunis hub’s intervention: 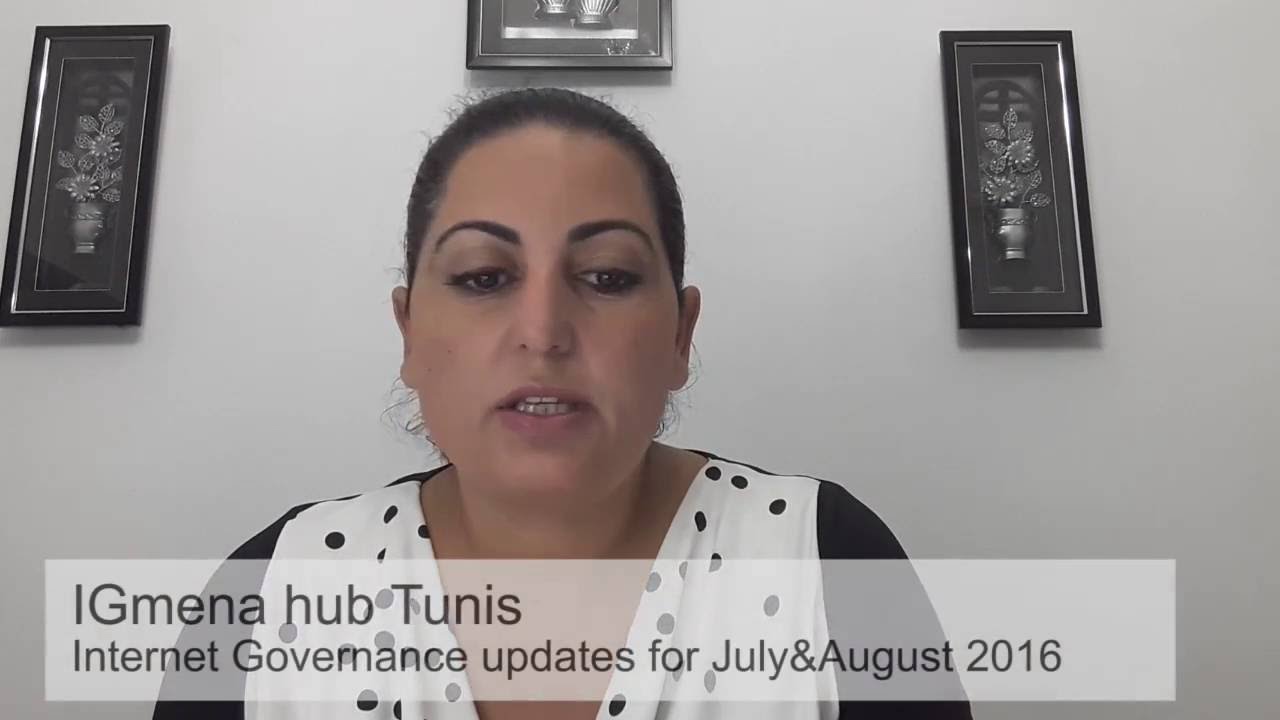 The next Internet governance briefing is on 27 September. Registrations are open.

Cybersecurity requires governments to step in

Internet and analogies: Riding a bus through the submarine fibre

The art and science of negotiation training
Scroll to top