You are here: Home1 / Internet governance in July and August 2018

Internet governance in July and August 2018

Reflections on the future of humanity, the urgency to fulfill sustainable development goals by 2020, and data governance issues were among main digital policy developments in July and August 2018. These and many other developments, trends, and regional updates were covered during August’s just-in-time briefing on Internet governance – our monthly appointment on the last Tuesday of every month – which took place on 27 August 2018. They were also summarised in the Internet Governance Barometer for August, and in Issue 33 of the Geneva Digital Watch newsletter, published on 31 August 2018.

Dr Stephanie Borg Psaila, director of digital policy at DiploFoundation and editor of the GIP Digital Watch observatory, gave an overview of some of the events held in July and August, such as the High-Level Political Forum on Sustainable Development in New York, the 10th BRICS Summit in Johannesburg, and the G20 Digital Economy Ministerial Meeting. Prof. Claudio Lucena gave an overview of the second Group of Governmental Experts (GGE) meeting which took place on August 27–31 in Geneva, where emerging technologies in the area of lethal autonomous weapons systems (LAWS) were discussed.

Dr Borg Psaila then spoke about the main digital policy updates in July and August, including: 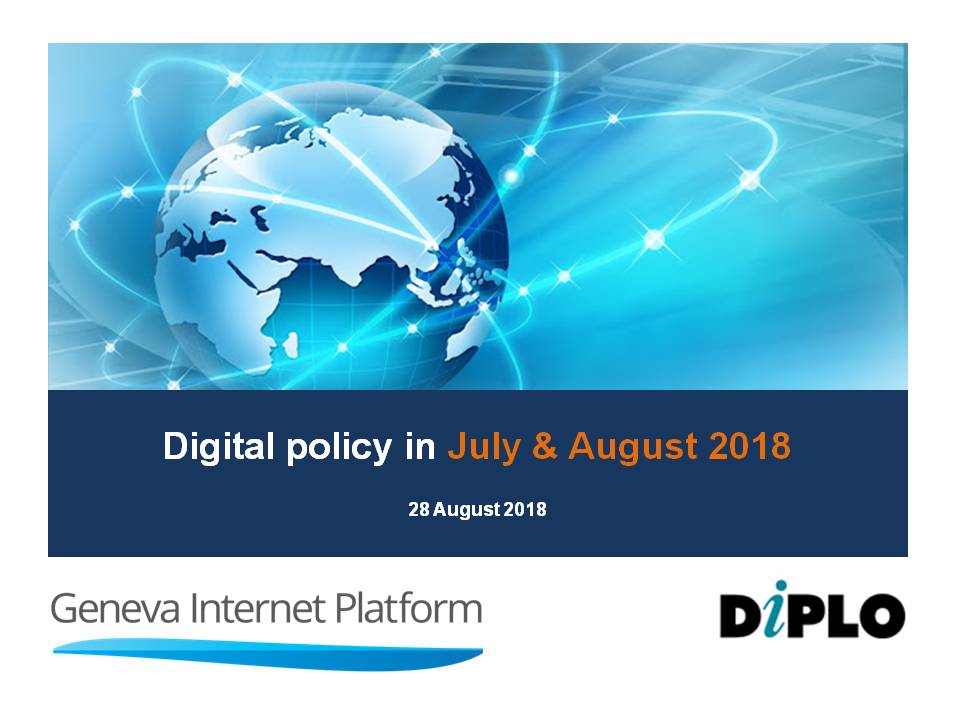 The next Internet governance briefing is on 25 September. Registrations are open.

Human responsibility in  LAWS; the stakeholder balance, presence at the Internet Governance Forum (IGF) 2018, and focus areas of the High-level Panel on Digital Cooperation, were among topics discussed during the interactive session of the briefing. Regional perspectives

Amrita Choudhury gave an overview of digital policy developments in Asia. The Australian government has released the draft Telecommunications and Other Legislation Amendment (Assistance and Access) Bill 2018, which aims to provide law enforcement and security agencies more power to respond to challenges posed by encryption. In Malaysia, the government has repealed the ‘fake news’ legislation of the previous government. Government of India is seeking public comments on the personal data protection bill.

Andre Edwards provided updates from the Caribbean region. The American Registry for Internet Numbers (ARIN) appointed a Caribbean representative to its Board of Trustees. Barbados-based fintech startup Bitt Inc. has signed a Memorandum of Understanding (MoU) with the Central Bank of Curaçao and Sint Maarten (CBCS) to develop a central bank digital currency to facilitate financial payments within the monetary union of Curaçao and Sint Maarten. Cuba tested nationwide Internet services. Telecommunications Services of Trinidad and Tobago (TSTT) rolled out blockchain technology for its home-grown E-Tender solution.

Updates from the Middle East and North Africa were provided by Noha Fathy. The Telecommunications Company of Iran (TCI) illegally rerouted the traffic of the Telegram app for one hour on 30 July. Following comments on the economic crisis, a clampdown on social media  was instigated in Turkey.

Foncham Denis Doh gave updates from Africa. Facebook threatened to suspend investments in Uganda due to social media tax. Liquid Telecom, a Microsoft partner, announced it has delivered the first Microsoft ExpressRoute service peering in Africa. Twitter indicated that it is launching Twitter Lite in 21 more countries, 5 of which are in Africa.   >

GUEST BLOG: The War for Control of the Internet 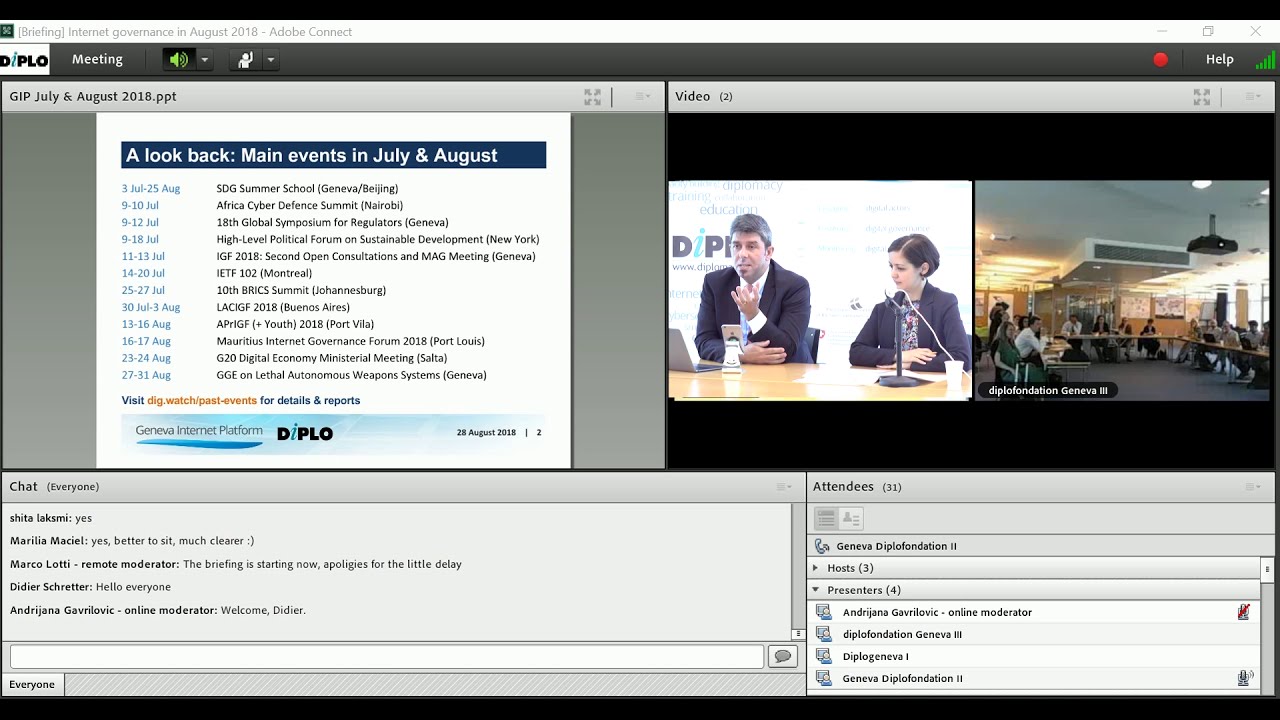