You are here: Home1 / Internet governance experts and novices meet in preparation for the Geneva...

The first activity on the Geneva Internet Conference’s agenda, the pre-conference workshop was designed to introduce and discuss themes within the Internet governance (IG) debate that will be discussed in the next couple of days. Among the forty or so participants many were new to the subject of IG; others, like Louis Pouzin, one of the fathers of the Internet, and ICANN board member, Rinalia Abdul Rahim, were a little more expert.

In an interesting innovation, the workshop took the form of a theatre, to facilitate interaction between participants with very different levels of subject knowledge and understanding. 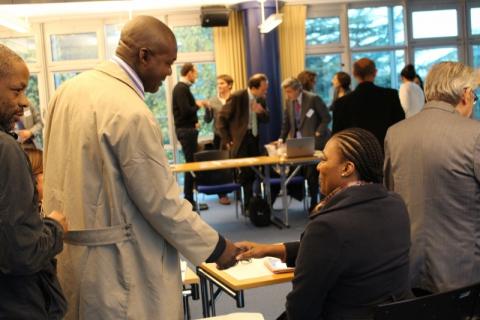 After a brief welcome by Dr Jovan Kurbalija, Director of DiploFoundation and Head of the Geneva Internet Platform, moderator Pete Cranston encouraged participants to get to know each other with a short speed-meeting activity.  The cumulative IG knowledge in the room was mapped out by physically placing participants into a hierarchical line, with those with the least amount of IG knowledge standing on one side of the room and the IG experts on the other, thus making the continuum of knowledge evident.

Diplo’s Vladimir (Vlada) Radunović then began his introduction to IG. He answered his own opening sally ‒ why is Internet governance relevant ‒ by highlighting how dependent we are on the Internet. IG concerns us all. Social media, websites, etc., take up more space in our lives every day; we are always connected. 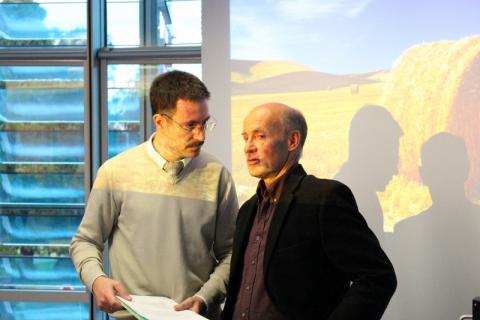 Asking the ‘what is the Internet?’ drew answers ranging from ‘communication’ to ‘opportunities, knowledge, and education’ to ‘the biggest surveillance mechanism in the world’. When a definition of IG was proposed, there were many suggestions for its improvement. The discussion on the terms ‘Internet’ and ‘Internet governance’ showed clearly that, depending on the background of the individual, these terms are understood very differently: Whereas some people understand ‘Internet’ to mean a network of networks (a rather technical perspective), others see it as a tool of communication, a source of information, or a security issue. The conclusion reached was that  ‘Internet governance is the development and applications by governments, the private sector, and civil society, in their respective roles, of shared principles, norms, rules, decision-making procedures, and programmes that shape the evolution and use of the Internet.’ Quite a mouthful. Yet this definition did not convince everybody:  if ‘shared principles’ represent a nice vision of IG, they are not applied. This definition is, therefore, more an aspiration than a fact.

Statistics, too, had their place. Each minute, about 30 hours of video are uploaded on Youtube daily, and about 300,000 people log in to Facebook. According to the most recent surveys, a huge majority of people would therefore rather stop eating fast food, using television, eating chocolate, or drinking coffee or alcohol than abstain from the Internet – some would even prefer to abstain from sex! 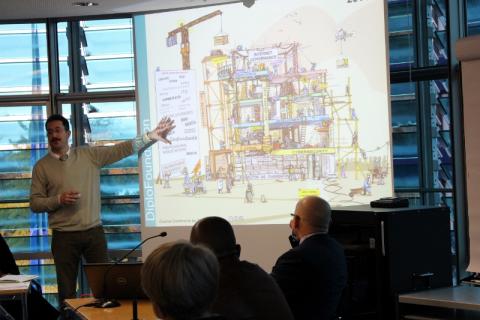 When everyone was clear on the basic concepts, Vlada took participants on a tour of the IG building, starting with the foundation: the ground floor of infrastructure. He introduced the topics of access, critical Internet resources, and cloud and content. The issue of the human angle potentially disappearing was also raised, as devices increasingly only communicate with other devices without direct human control.  Without much initial discussion, the ‘floors’ of cybersecurity and human rights, the ‘elevator’ of Net neutrality, and the ‘pillar’ of data protection were visited. The issue of digital libraries and semantics was addressed, and it was decided that this topic should be added to the IG building.

In relation to cybersecurity, the sensitivity of the technological aspect was mentioned, to which Vlada added the issue of weapons that can be easily bought or rented on the Net. The 3D printing of arms was mentioned as an issue within cybersecurity and the question remains open as to whether we want to condemn the technology that makes gun production possible or condemn human society that has a use for these guns. This question underlines the complex connections between the different issues discussed during this session, in this case cybersecurity vs. freedom of expression or in other cases cybersecurity vs. privacy, etc. Even if it is possible to find a solution balancing cybersecurity and privacy, will we ever achieve a solution respecting both needs?

Another important point, that of the often discussed Net neutrality, was one of the most interesting points for many. Here the discussion focused on prioritising services of the strong Internet industries, and how Net neutrality is linked to freedom of expression. The possibility of having a future two-tiered Internet seems very probable, since telecom providers are not equally profiting from the ‘Internet boom’ as industries on the application level are. Telecom providers are already asking users to pay for faster connections, which can be seen as a double price to pay since time (spent by waiting for content to load) is money.

Human rights vs. states rights were briefly discussed, and everyone agreed that the individual must be recognised, although the state must also be considered. The problem seems to be to know which aspect should be prioritised. These connections between the state, the individual, and the private sector could also be visualised in the IG building.

Data protection and privacy had their moment of glory, too. The close link between data protection and legislation was pointed out, as was the relationship between the right to privacy and the protection of data. Not to forget the right to be forgotten, which was later generalised in the question ‘to which extent can the corporate sector and governments be better held accountable for trading individuals’ personal data for the sake of their security’?  But as one participant noted, privacy is no longer what it used to be; this is a fact that needs to be accepted. We can assure a secure level of privacy by keeping it in discussion, but we cannot have complete privacy anymore as a result of the Internet. The questions that need to be asked are: What can be collected? For how long? For which purpose? How can it be accessed, i.e., via police investigation or rather legal request?

It wouldn’t have been an IG discussion with a mention of ICANN (the Internet Corporation for Assigned Names and Numbers), its control, and where its mandate comes from. There was particular interest in internationalised domain names. Rinalia clarified that the problem was mainly at software level, since systems often do not accept different scripts. Yet others argued that the responsibility should be with those having the power to raise awareness among software developers on this issue. A participant from the software field added that the transition towards inclusiveness will inevitably come, but that it needs time. 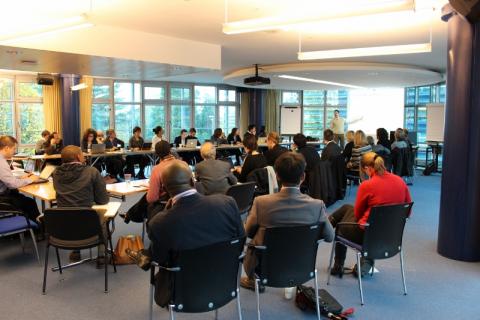 Vlada concluded the session by introducing some key questions that will be raised during the conference, such as how to overcome policy silos and how to introduce more evidence and measurement. This ended a workshop that was particularly interesting because of the mix of experts and those who were new to the topic. As one participant said when leaving the room: There are far more questions than answers nowadays, in the field of Internet governance.