Renewed discussions on state behaviour in cyberspace, developments in the USA with regard to net neutrality rules, and Uber’s new legal woes in various jurisdictions around the world were among the main digital policy developments in the month of April. These and other developments, trends, and regional updates were the subject of April’s just-in-time briefing on Internet governance – our monthly appointment on the last Tuesday of every month – which took place on 25 April 2017. They were also summarised in the Internet Governance Barometer for April, and in Issue 20 of the Geneva Digital Watch newsletter, published on 30 April.

Leading the briefing, Dr Jovan Kurbalija, Director of DiploFoundation and Head of the Geneva Internet Platform, gave an overview of the top trends in digital policy in April: 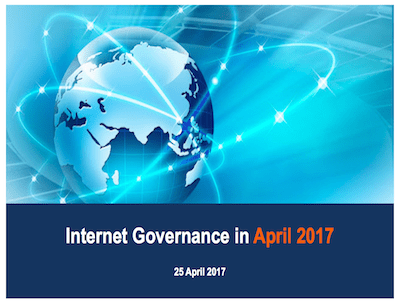 Dr Stephanie Borg Psaila, Director Digital Policy at DiploFoundation, talked about other digital policy issues that were particularly prominent in the public policy debate in April, including cybersecurity, e-commerce and the digital economy, digital rights, and net neutrality.

An overview of the main Internet governance events held in April and planned for May was also part of the briefing. More details are available in Issue 20 of the Geneva Digital Watch newsletter.

The Rio hub, represented by Luca Belli, from the Center for Technology and Society of the Getulio Vargas Foundation, talked about the South School on Internet Governance, hosted in Brazil, and gave an overview of several digital policy developments in Brazil. The Congress approved a bill aimed at regulating the anonymous infiltration of police officers in social network platforms to cope with the issue of online CSAM. Three new bills were introduced on issues related to intermediary liability and notice and take down procedures. The Supreme Federal Court scheduled a public hearing for the beginning of June, in order to analyse when web applications could be blocked. A video of regional updates and perspectives from Brazil is available:

Speaking on behalf of the Tunis hub, Nardine El Nemr shared several updates from the region. In Egypt, three draft bills proposed by members of the Parliament lead to heated debates in the country. They are related to: the introduction of an obligation for Facebook users to register using their national ID numbers, and their home address; the creation of an alternative Facebook to be used by Egyptian users; and the introduction of a monthly subscription fee for Facebook users in Egypt. For more details, see the video of regional updates and perspectives from Tunis:

During the South Eastern European hub, an overview was given of the main Internet governance and digital policy developments that occurred in April in the region.  In Armenia, the Ministry of Education and Science and Microsoft Innovation Center Armenia signed a Memorandum of Understanding through which the two parties commit to work together to improve the quality of Armenian education. Moldovan authorities dismantled an international SIM-box scam ring operating out of the Eastern European country’s capital. In Serbia, the Ministry of Trade, Tourism and Telecommunications launched a media campaign regarding child safety on the Internet and the promotion of digital literacy. The commercial court in Istanbul, Turkey, issued a temporary injunction to prevent the accommodation booking platform booking.com from facilitating the booking of hotel rooms in Turkey, by Turkish customers. More details are available in the April 2017 summary of developments and activities related to Internet governance and digital policy in South Eastern Europe. The recording of the South Eastern Europe hub meeting is also available: 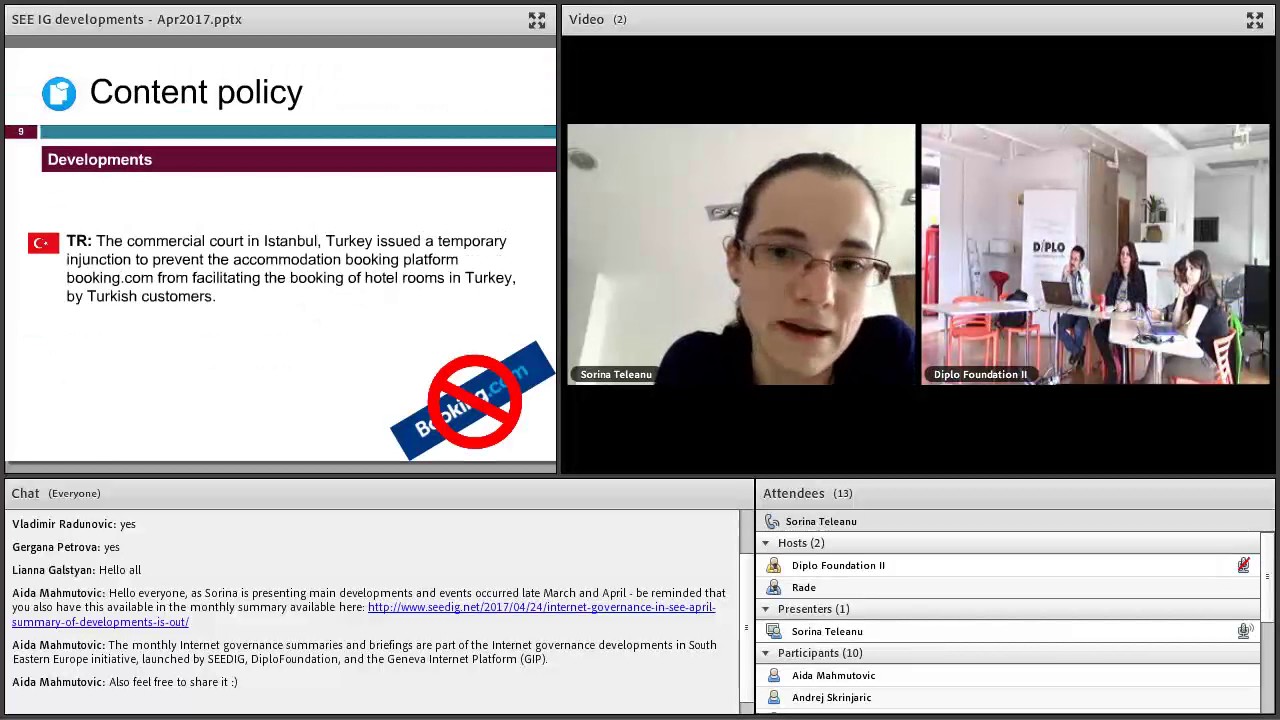 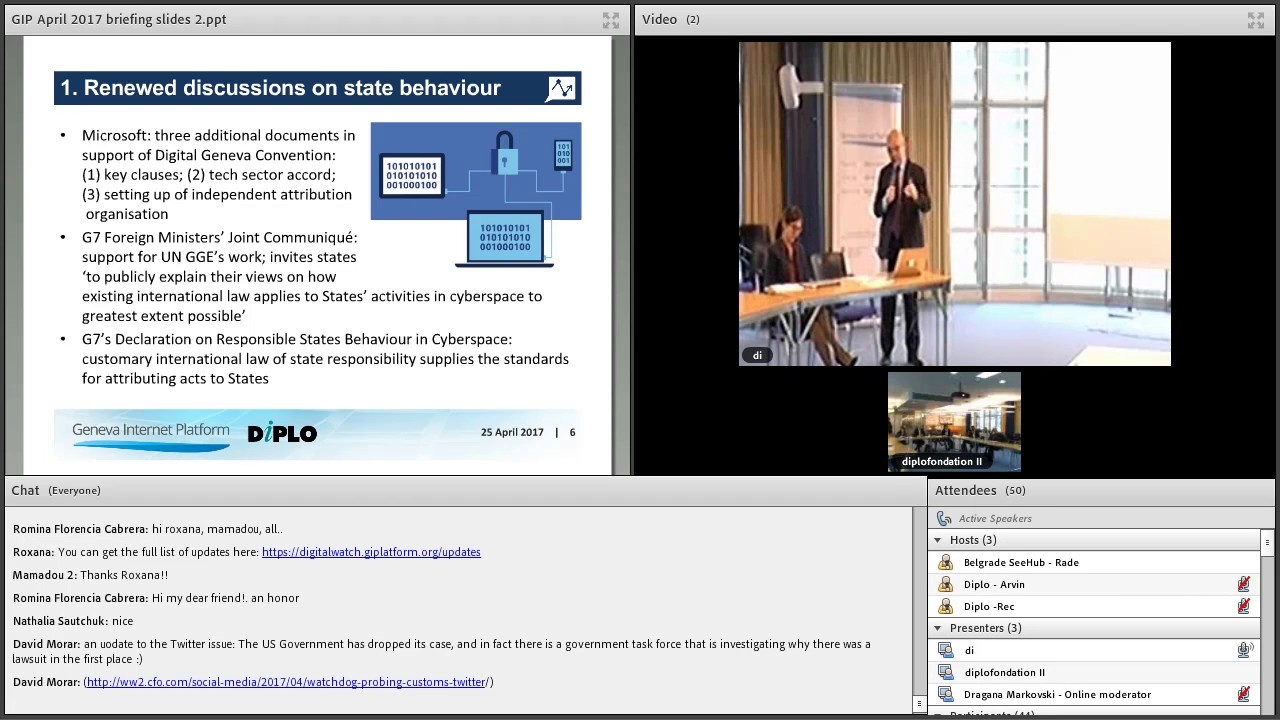 What is the European Court of Justice telling us in the Google case?