You are here: Home1 / Prehistory: The birth of diplomacy and early ‘technologies’...

To find how diplomacy began, we need to go back to prehistoric times and look at the developments which nurtured proto-diplomacy.

Behavioral sciences show that cooperation and peaceful conflict resolution are crucial for the survival and prosperity of a group. Humans most likely started solving conflicts peacefully when they developed certain cognitive abilities, self-awareness, and a collective intentionality for the group they belonged to. Once people developed adequate cognitive abilities, they began living in organised groups, using new ‘technologies’ (making and controlling fire, stone tools), and trading with each other.

To find out how the cooperation works in primates, we interviewed primatologist Prof. Frans de Waal who explained that the process of bringing parties together who don’t necessarily want to be together, i.e. diplomacy, predates the human species. Prof. de Waal’s research shows that primates negotiate and mediate based on their feelings of empathy, fairness, and group interests. He further argues that the human element of diplomacy lies in the use of language. These prehuman origins of diplomacy should inspire us to reexamine even the most common postulates, such as Thomas Hobbes’ theory on human nature, which states that humans are predestined for conflicts due to their biological drive to propagate genes. 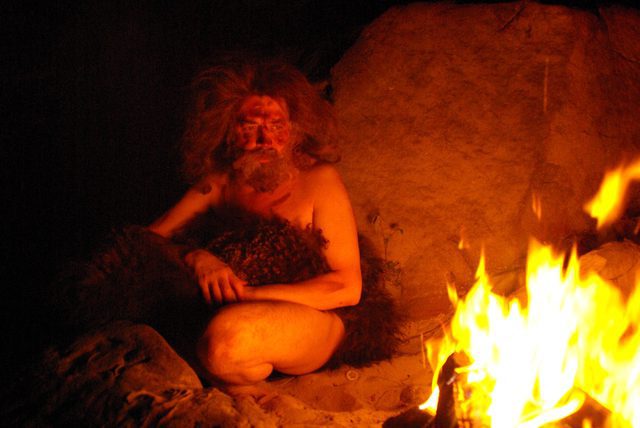 The development of tools requires a certain level of cognitive abilities, cooperation, and creativity. Approximately 1.5 million years ago, our ancestors started mastering the technology of fire. Cooking food led to better nutrition, less time was spent on chewing and eating, and being able to start a fire anywhere, increased the mobility of humans. Making and controlling fire eventually led to the development of all other technologies, from creating ceramic and metal goods, to building today’s  nuclear industries. 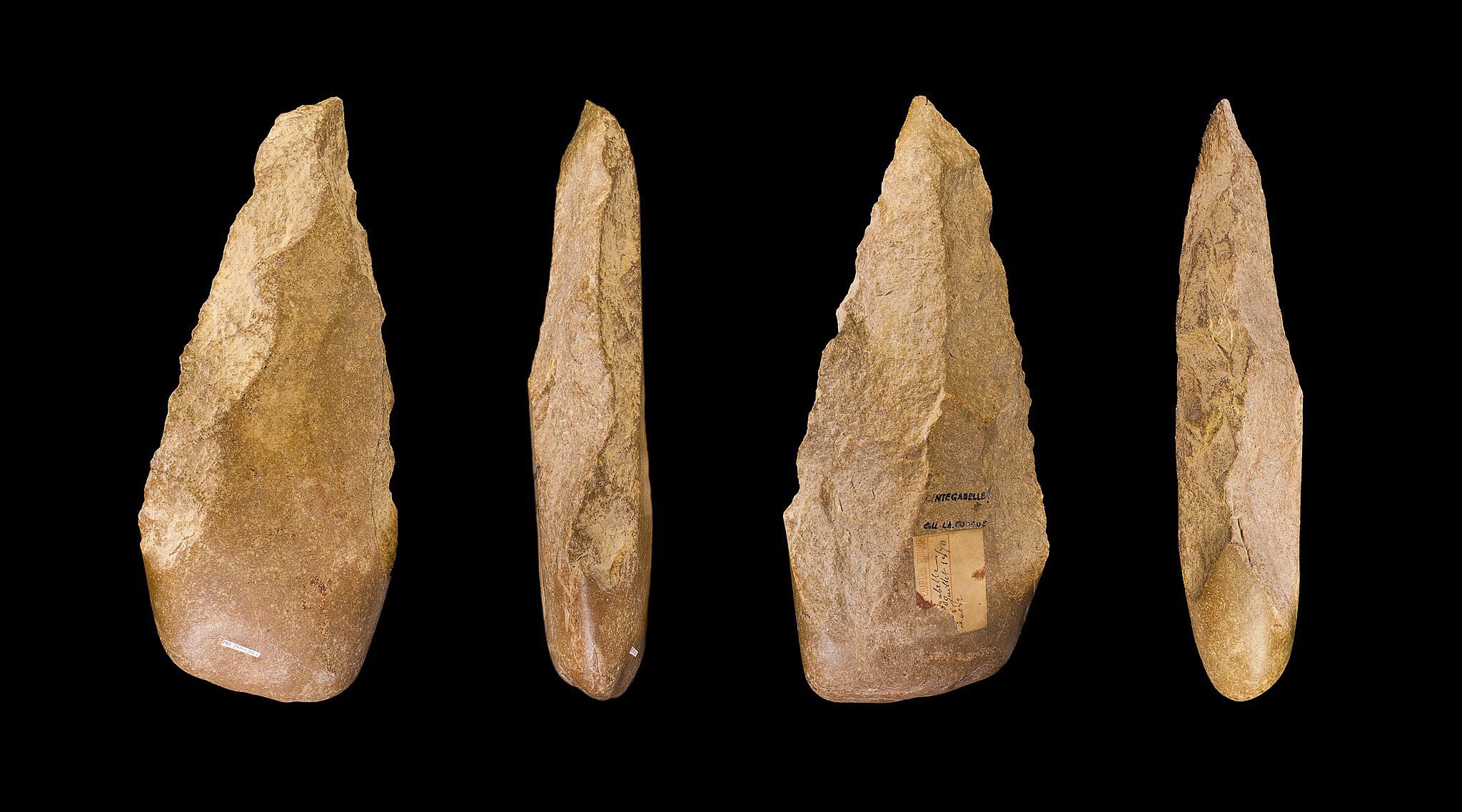 The first tools were made of stone, such as those of the Oldowan stone type found in Tanzania, and used from 2.3 to 1.4 million years ago. They further mastered the art of shaping stones, and began creating more sophisticated tools such as those of the Acheulean type. Humans started using more refined materials, such as the sharp edges of obsidian, around 700,000 BC. In the past 100,000 years, the development and use of tools has accelerated significantly. Making and using tools required imagination, planning, and abilities that go beyond just finding things in nature and using them. These new cognitive skills didn’t just give us new tools, but most probably coincided with the appearance of the first languages.

Another important factor for developing diplomacy was the emergence of trade. Both activities – trade and diplomacy – require engaging with non-group members, negotiations, and building trust. How do we know that trade existed in prehistoric times? 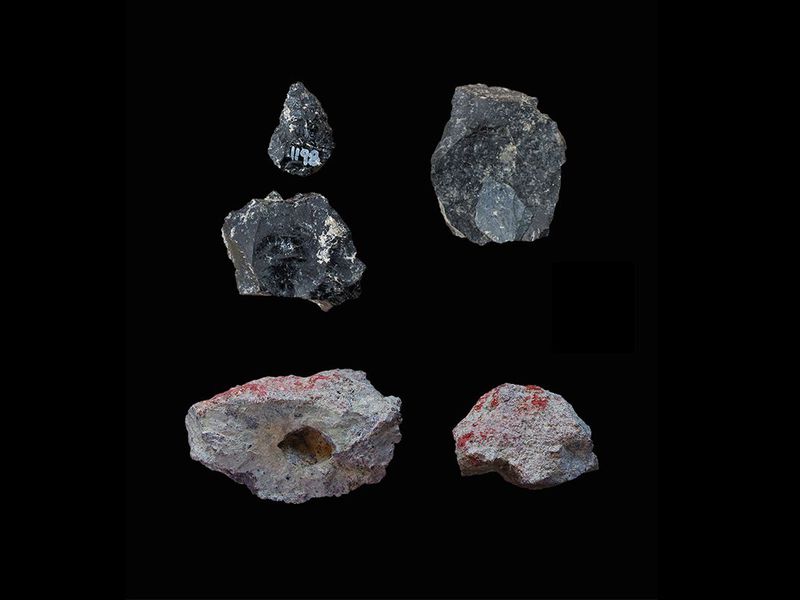 From various corners of the world, we have archaeological evidence of trade. The earliest example, dating back to 300,000 BC, comes from Kenya where proto-crayons were found. The pigments in these crayons couldn’t be sourced locally and must have been imported, which suggests an element of exchange. The use of pigments is also interesting in how humans began moving beyond purely useful items. They wanted to beautify their objects, and began thinking about aesthetics, which was another sign of their new cognitive abilities. In Europe, the Danube river played an extremely important role, from 35,000 BC to  8,000 BC, in connecting western and eastern Europe. It was one of the mainly used long-distance water routes  (going from Germany to Romania) before the Mediterranean Sea became the main link between these regions. The Vinča settlement in present-day Serbia provided evidence that goods were  imported from very far away. 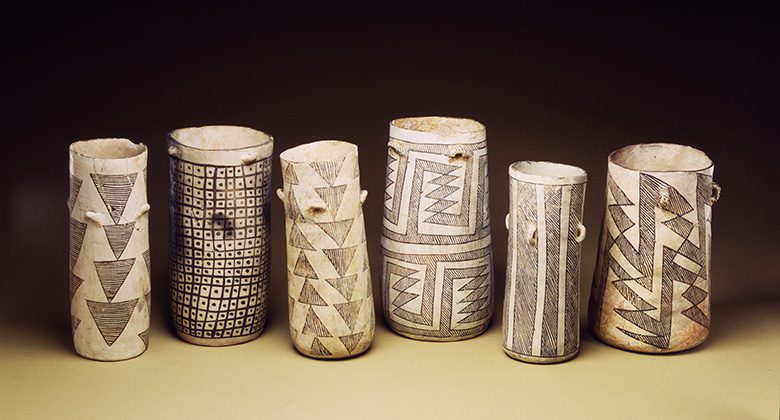 In Asia, we have archaeological evidence of jade trading. At that time, the Indian Ocean was probably used as the major trading route between Africa and India. In the Americas, researchers found traces of cocoa in jars in Central America that had to be imported from South America. These archeological records all indicate that trade negotiations and encounters were important for developing more complex forms of diplomacy.

Art, as an abstract depiction of reality, is another sign that humans were capable of  negotiating and engaging peacefully. The earliest examples of art were in the form of cave paintings, including the oldest animal painting from Sulawesi, Indonesia (44,000 BC); animal and hand paintings and engravings from Altamira, Spain (36,000 BC); and close to 600 paintings found in Lascaux, France (17,000 BC).

Prehistoric anthropomorphic and zoomorphic sculptures came later, and include the the Lion Man of the Hohlenstein-Stadel, Germany (around 37,000 BC); the earliest image of a human being, Venus of Hohle Fels, found in present-day Germany (37,000 BC); and Venus of Willendorf, Austria (25,000 BC).

The presence of art implied a few developments that could have set the stage for proto-diplomacy: a cognitive capacity for abstract thinking, self-awareness (shown through the awareness of one’s  surroundings), awareness of the group in which these artists lived. 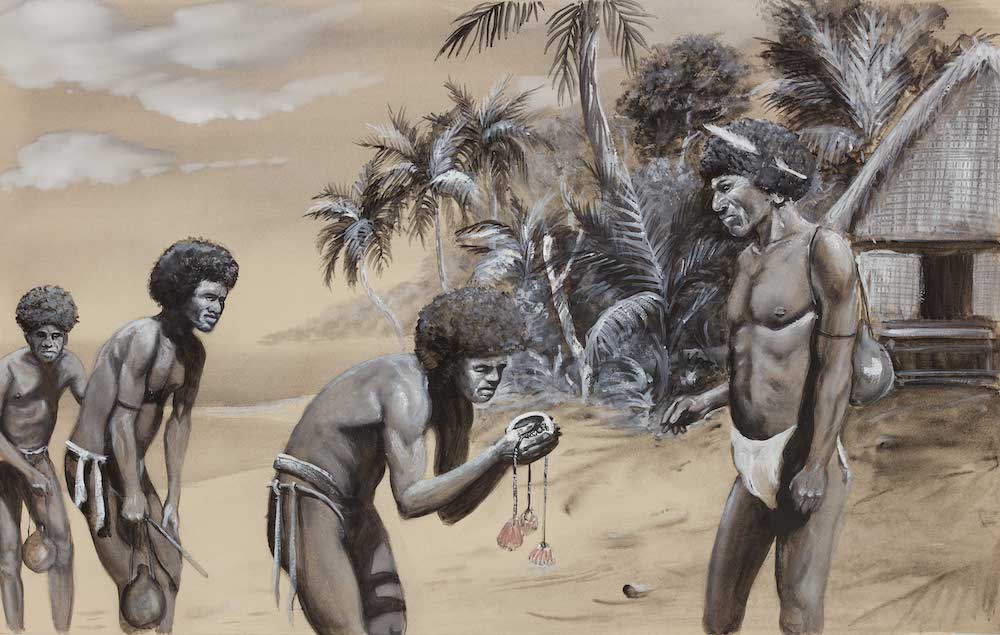 These early forms of diplomacy included the exchange of gifts between groups and tribes. This social phenomenon has been  well documented by the research of anthropologists Bronisław Malinowski and Marcel Mauss. Through gifts, our far predecessors developed links with their neighbours and other tribes. Gifts were not only transactional; their exchange developed trust and established contacts that could be useful in times of conflict. Gifts remain an important ‘lubricator’ of diplomacy even  today. Gifts were often exchanged as part of intermarriages among members of different groups. Our far predecessors realised very early on the risks of inbreeding and started avoiding it by looking for mates in other clans, tribes, and groups; this guaranteed genetic diversity. Through intermarriage, intertribal bonds and alliances were created. This was one of the basic and longest diplomatic practices for centuries. Intermarriages were particularly important in the Middle Ages, as shown by Hans Holbein’s iconic painting The Ambassadors (1533) which depicts two diplomats negotiating the annulment of the marriage between King Henry VIII and Spain’s Catherine of Aragon. The failure of these negotiations triggered, in 1534, the separation of England from the Catholic Church and the embracement of the Protestant Reformation 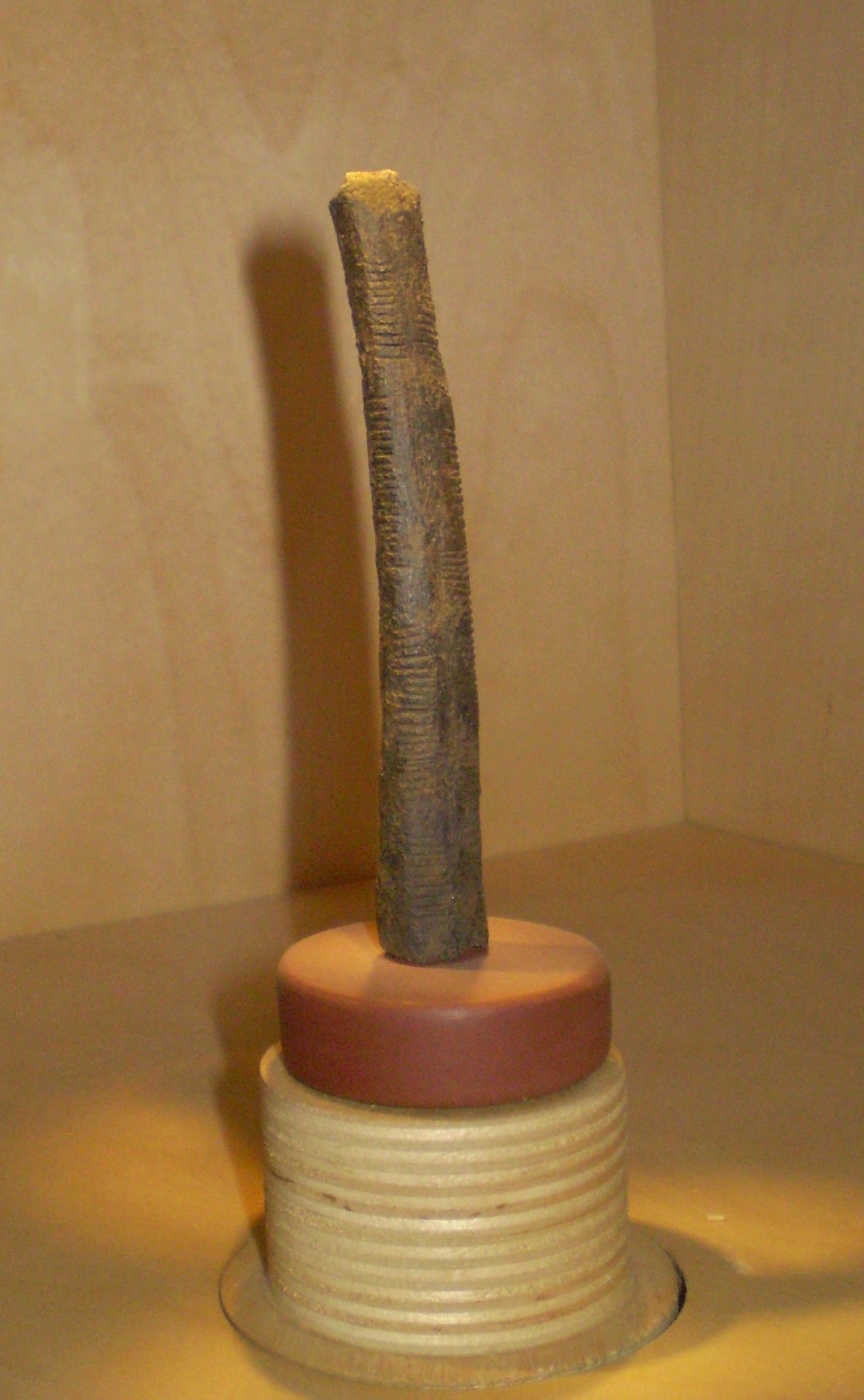 Diplomacy is often associated with receptions and friendly drinks. We don’t know if our predecessors drank while negotiating, but we do know that drinks, from water and tea, to beer and wine, played an important role in human history. In preparation for our third session of Diplomacy and Technology: A historical journey, we invite you to solve the puzzle below. Written in cuneiforms, the drawing shows the evolution of the symbol for a drink we will be discussing next month while diving deeper into the diplomatic practices of ancient civilizations, namely, the Sumerians, Egyptians, Hittites, and nations that prospered in the Fertile Crescent region. 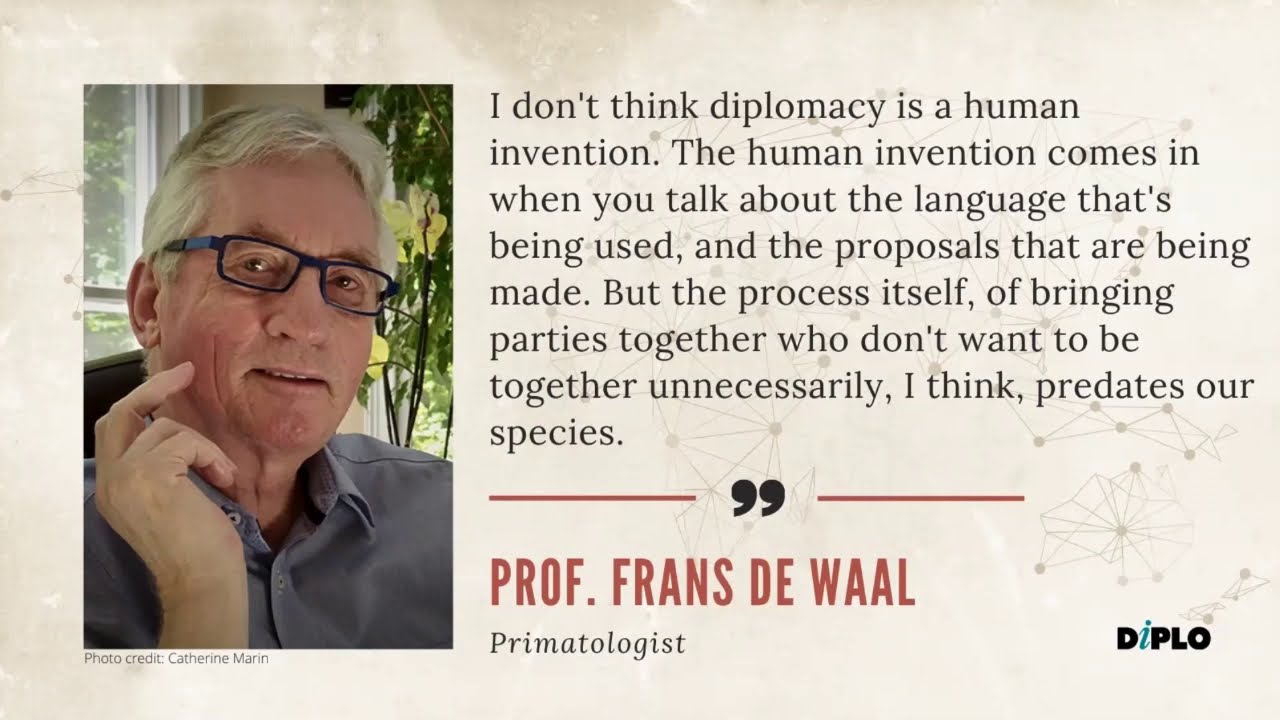