You are here: Home1 / A digital magna carta between two doors

Two doors inspired my interventions at a panel on the Digital Magna Carta organised by the New America NYC and the Swiss Consulate in New York: the fascinating bronze entrance door to the U.S. Supreme Court Building, and the cockpit door, which remained closed during the tragic Germanwings flight. How can these two doors help us to move closer to a digital social contract (often referred as the Digital Magna Carta)? 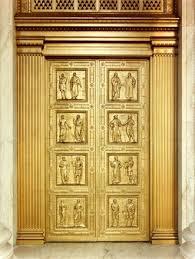 The door to the U.S. Supreme Court, with its eight panels representing key developments in legal history, carries the strong message of the durability of the core legal principles, which have survived old and new technological changes. If this door could talk, it would probably remind us that generations of U.S. judges and lawyers faced similar dilemmas when they addressed legal cases which emerged with the telegraph, telephone and radio communications.

Lesson: Our time is no different from the past when it comes to the legal ways to address core human conditions: fear, self-interest, power, and the need to live together.

Of the eight panels, one is dedicated to the Magna Carta, with King John reluctantly putting the royal seal on the Magna Carta, while a confident baron is carefully watching the king. The body language of this image depicts the checks and balances imposed on royal power by the increasingly powerful and confident aristocracy back in the 13th century. Who would take the place of King John and the baron on a 9th panel depicting the new Digital Social Contract?

Lesson: Any social contract, including a digital one, should include checks and balances from society, and include some control of the reigning powers, whatever form they currently take. 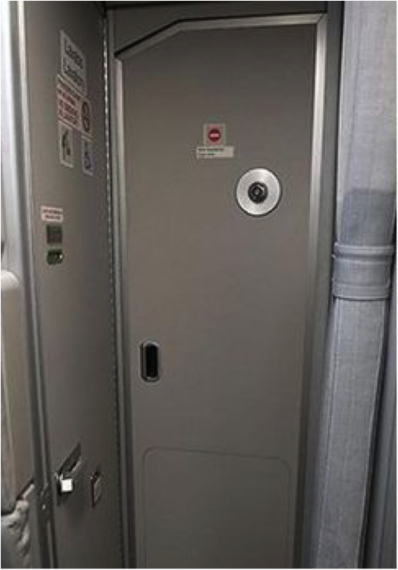 The cockpit access door tells the story of policy paradoxes. Special locks for airplane cockpits were introduced after 9/11, with the objective of preventing terrorists from attacking pilots and taking control of the airplane. The locked door on the Germanwings flight worked the other way around. It protected the reportedly suicidal co-pilot in his deadly intention. This cockpit lock policy shows vividly and tragically how solutions can trigger unexpected problems.

Lesson: Digital politics are messy, rarely offering a clear and simple link between a problem and a solution. Utmost caution should be taken to avoid a situation in which the solution could trigger a bigger problem than one it aims to solve.

The lessons from these two doors should be kept in mind while a digital global deal is discussed at a growing number of meetings worldwide. The first step is to take advantage of open doors, and to avoid closing them without a very good reason. 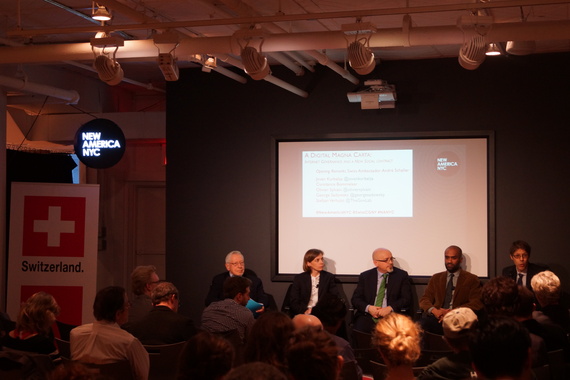 This blog post was first published in the Huffington Post on 4 April 2015. Dr Kurbalija (centre) was a speaker during A Digital Magna Carta, a discussion organised by New America NYC, in New York on 26 March. The event was livestreamed; watch the recording from the event.

The EU on Internet governance: Strong on description – Weak on prescription

Taking Internet governance webinars to the next level