Jovan Kurbalija, Diplo Director, has been tweeting live updates from 1914, marking the suddenly acceleration of history after the assassination of the Archduke Ferdinand on 28 July 1914.  “Slow developments taking months, if not years, evolved into a rush with the picture changing hour-by-hour. Contemporaries of the time experienced ‘Twitter time’ 100 years before the invention of Twitter” explains the site where the tweets are being recorded. 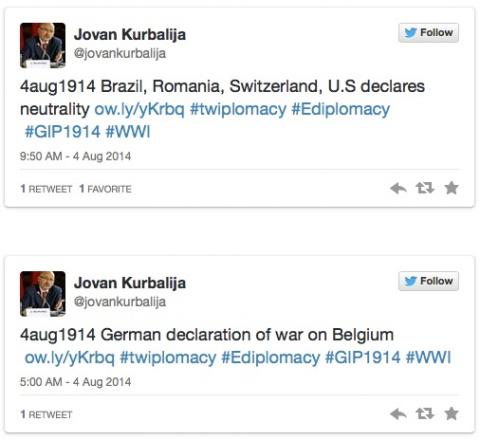 Today marks one of the most significant moments 100 years ago, the day that Germany declared war on Belgium, having declared war on France the day before. And by the end of today, in 1914, Britain had also entered the war.

I was interested to interview Jovan about the project, partly because the tweets provide an immediacy of connection to that time, in contrast to some of the commemorative efforts across the web. But also because Jovan comes from the region at the epicentre of events in July/August 1914 and I wanted to hear his views on what light history might throw on events today, a time when many identify unerving echoes from that historical period in the tensions and conflicts across Europe, West Asia and North Africa playing out against tectonic shifts in the balance of power between global powers.

In the interview below Jovan focuses on what he calls ‘chrono-narcissism’, the belief that our times are different and special which, while understandable, can obscure lessons we should draw from previous times. And in the context of Twitter Jovan suggests lessons about the role of technology particularly. 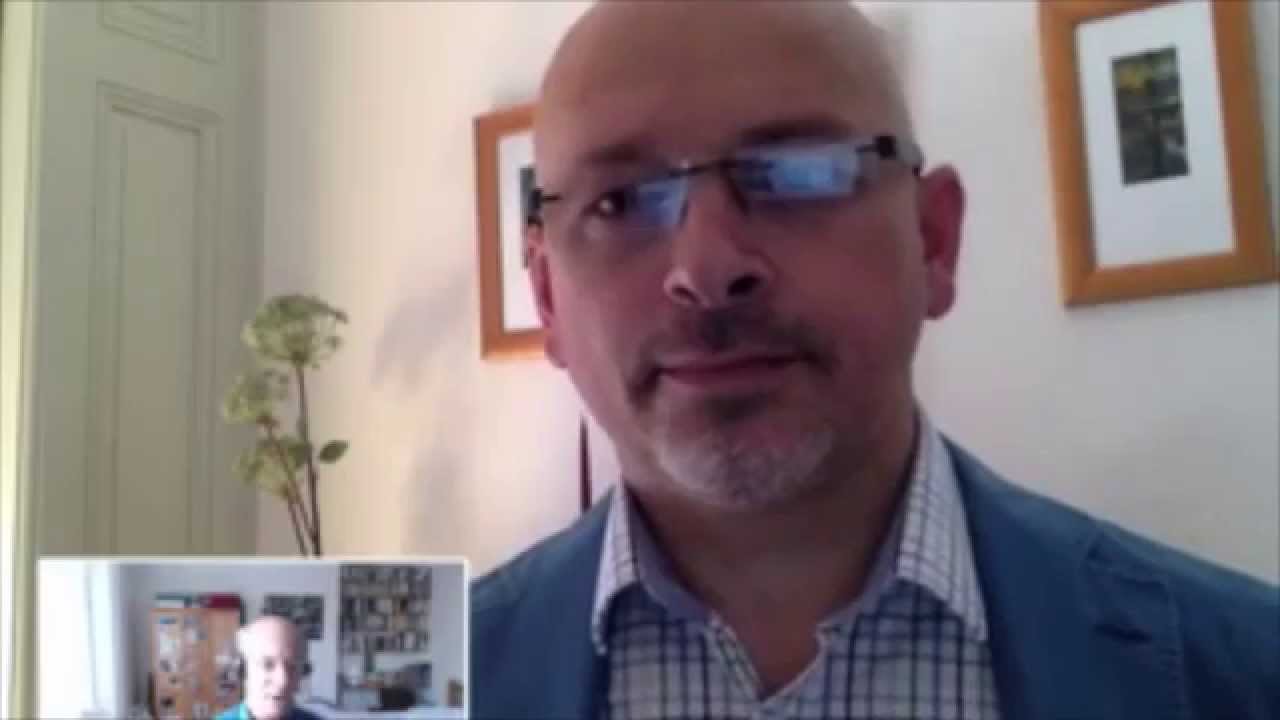 1914 Tweets are part of a project exploring the passage from the Telegraph to Twitter as part of the Geneva Internet platform programme.

Diplomacy and the revenge of globalization (Part I)From Telegraph (1914) to Twitter (2014) – Are there lessons to be learned...
Scroll to top