You are here: Home1 / Apple vs FBI: Towards an Internet social contract?

Apple vs FBI: Towards an Internet social contract?

Diplo’s webinar on the Apple-FBI case, on 17 March (watch the recording), evolved into a Socratic dialogue on the core concepts and underlying assumptions of the case. The lively debate inspired us to create a series of posts that argue the main dilemmas, played out by three fictitious characters, Privarius, Securium, and Commercias. While the first four posts tackled the main facts, security-related arguments, privacy and encryption, and trust and the economic model, the fifth post looks at philosophical arguments. Join us in the debate with your comments and questions. 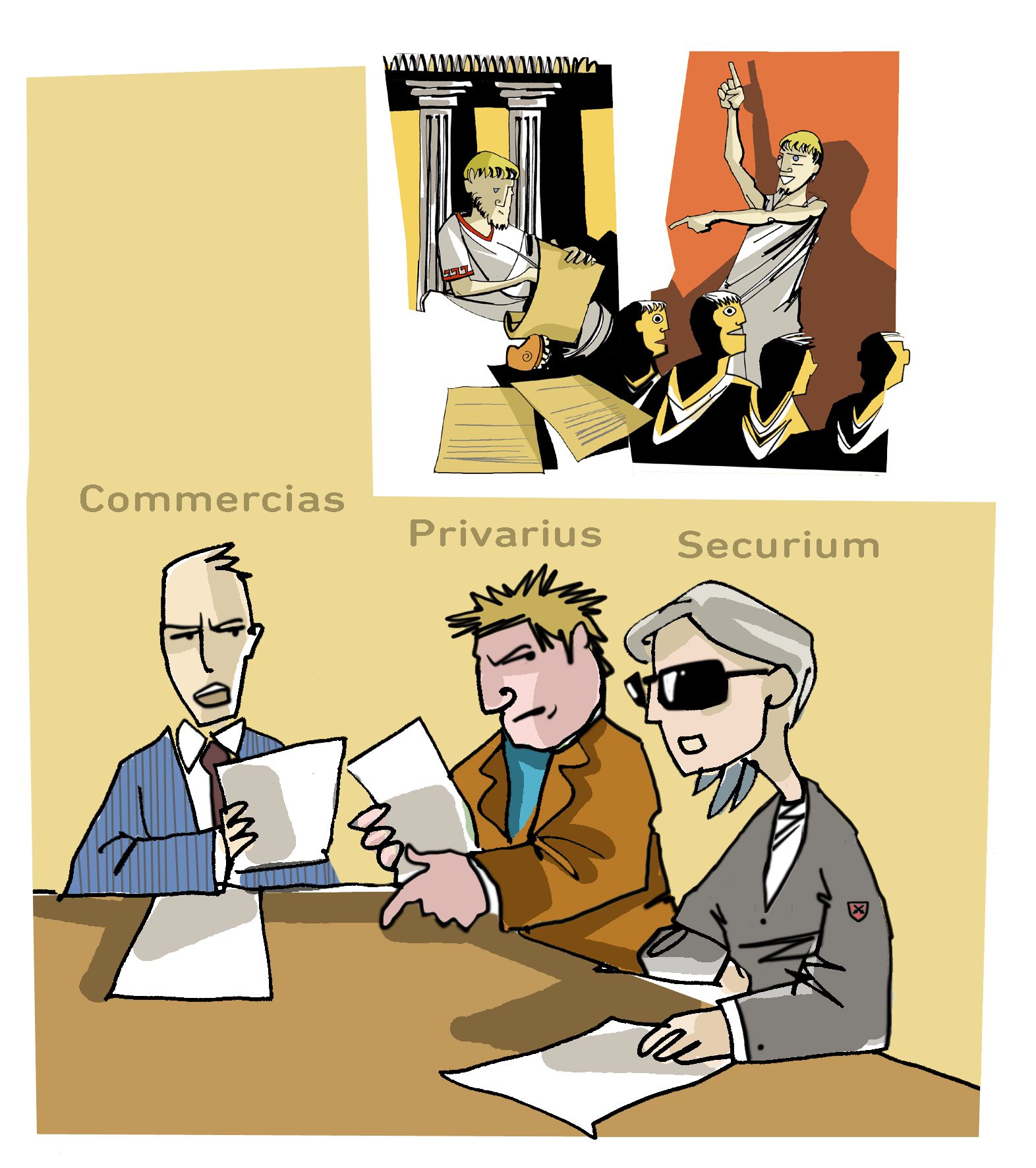 Securium: Until last week, everyone was thinking that if Apple won this court case it would create a new precedent. For the time being, it seems like the case has been resolved, since the US Department of Justice has just declared it is now able to unlock the iPhone thanks to the assistance of a third party.

Privarius: Although it seems the case is settled, the main dilemmas have not yet been resolved. Whether this will happen immediately, or in the near future, society may eventually need to make some hard choices regarding privacy and security, among others, and gradually create new models of consensus. [Read the editorial, on page 3, of Issue 8 of the Geneva Digital Watch newsletter]

Commercias: Even if the recent developments have shown that the government did manage to unlock the phone, a new social contract could tackle one of the essential arguments in the debate: whether devices should be impermeable, or ‘undecryptable’. This may be the only way to keep them safe from intrusion from both criminals and authorities.

Securium: It is not the only way. Let us take a hypothetical situation: assuming that unlocking a mobile phone is essential to preventing a nuclear attack and saving many lives, would you argue that the privacy of a mobile phone user is more important that the survival of innocent people?

Privarius: Well, it is an abstract and unrealistic situation.

Securium: We can argue at length as to whether this is possible or probable. The point is that the principle of undecryptability of mobile devices creates an important implicit decision: that of placing privacy above other human rights or security considerations…

Privarius: I still do not think this is a dangerous risk; on the other hand, allowing access to this specific mobile and setting a dangerous precedent is a very concrete risk. If Apple gives in now, how can it resist future demands from the USA and abroad?

Securium: In the USA, had the case gone forward, it would have been decided either by the courts (setting a precedent) or by Congress. Either way, the US legislative framework would have been determinative. The democratic system preserves security by allowing judicial authorities to issue orders that weaken privacy protections. President Obama was right in objecting to the creation of undecryptable black boxes. It is, after all, what happens in the offline world, when law enforcement agencies obtain the right to enter private property as part of investigations, for example.

Privarius: The difference is that online or data searches can be automated, and it is easy to imagine searches being implemented without due process. It is simply not the same as physically knocking on 100 doors.

Commercias: More importantly, if Apple or any other company had to create a patch to break into a phone, what is the likelihood that criminals would not try to gain access or exploit any vulnerabilities? Equally important is the fact that the legal basis for FBI’s request and the Court order is uncertain and has been widely disputed – which proves that there is no political or social agreement, as yet, on how to deal with this and similar cases that may come up…

The concluding thoughts will be published in Issue 9 of the Geneva Digital Watch newsletter (page 7), published 31 March 2016. Download your copy.

The Internet – an instrument for humanity not a tool for control: GIP launch

The 8 most over-used words in Internet governance

Apple vs FBI: A matter of trust WebDebates (new series): Discussions on the future of diplomacy
Scroll to top