You are here: Home1 / AI and the Roadmap for Digital Cooperation

In this blog post, I want to zoom in on the key points related to artificial intelligence (AI) as they are presented in the Roadmap, and as they were reflected on in the discussions that ensued. I will highlight five key points from the Roadmap, five main impressions from the Roadmap’s launch, and four examples of the initial reactions and commentary.

Key points from the Roadmap

First, the Roadmap clearly recognises the advances made in AI and its associated challenges and opportunities. It highlights that AI applications are already ubiquitous and that substantial added value to global markets is to be expected in the coming years. At the same time, the Roadmap is clear that AI can ‘significantly compromise the safety and agency of users worldwide’. 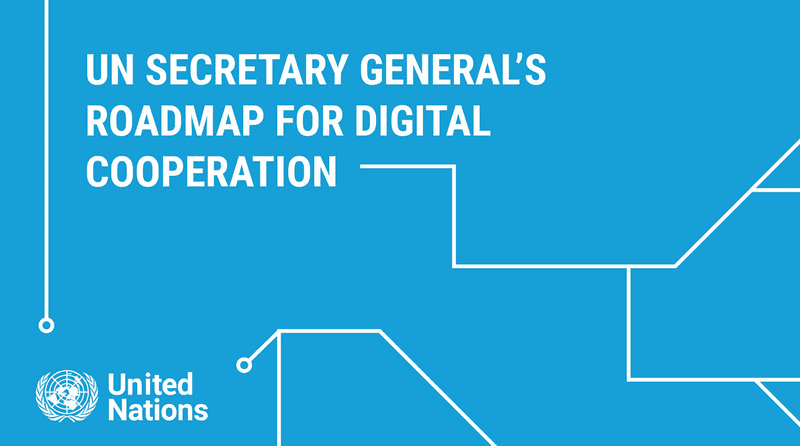 Second, on a normative level, the Roadmap emphasises that AI, in particular facial recognition, should not be used to:

The Roadmap states that AI should be put to work towards achieving the sustainable development goals (SDGs) and that it ‘must not be used to erode human rights’. It also reiterates the call of the UN secretary general for a global ban on lethal autonomous weapons (LAWs).

Third, the Roadmap identifies gaps in international co-ordination, co-operation, and governance when it comes to AI. More specifically, it highlights:

Furthermore, national governance and oversight ‘would benefit from additional capacity and expertise’.

Fourth, while AI is explicitly discussed in Recommendation 3c, other parts of the Roadmap are also relevant for AI, including the Roadmap’s recommendations on digital public goods (1b), digital capacity building (2), digital trust and security (4), and global digital co-operation (5). All can and should also be read with AI in mind. Further, the recommendations on digital human rights (3a and 3b) mention two points with direct implications for AI development and deployment: data protection and privacy; and surveillance technologies, including facial recognition. It is clear that the report’s relevance for the future of AI extends beyond Recommendation 3c.

Fifth, regarding the actions to be undertaken by the UN secretary general, establishing a multi-stakeholder coalition for digital inclusion and appointing a technology envoy in 2021, will have bearing on AI development and governance, while establishing the multi-stakeholder advisory body on global co-operation on AI will create an important inclusive venue for taking forward the discussions on AI.

After the June 11 launch event: 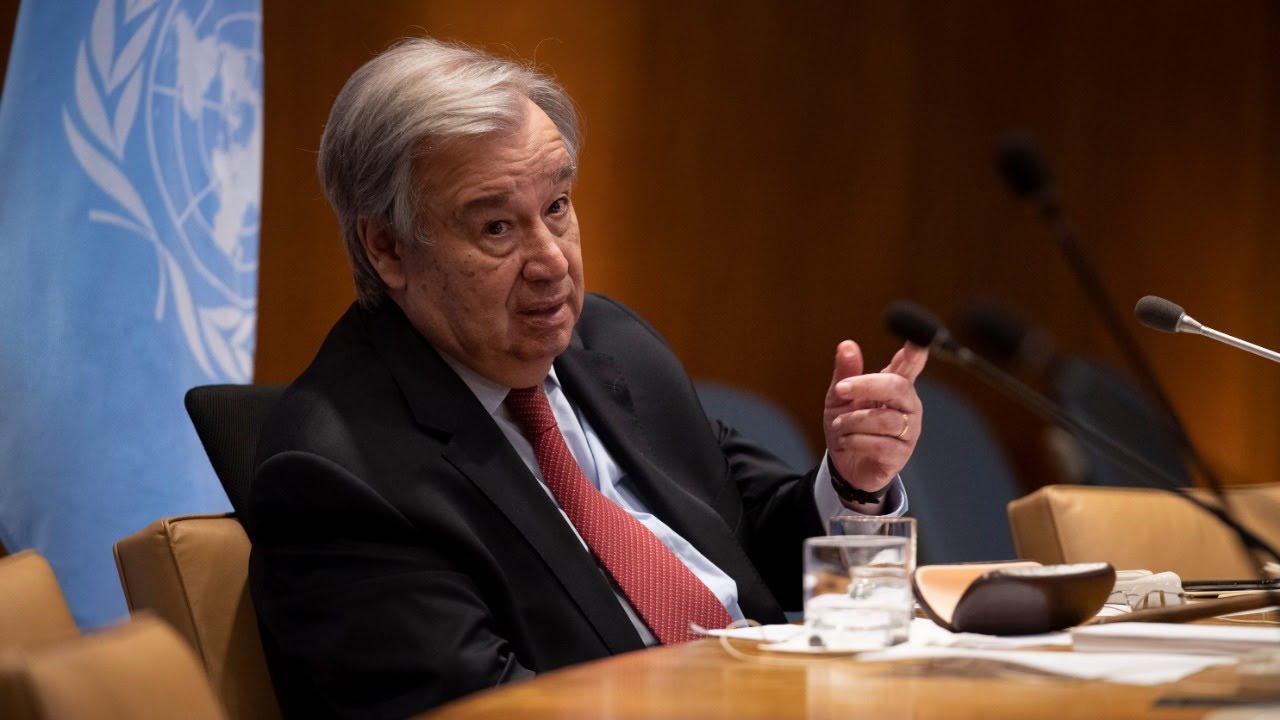 two dialogues accompanying the launch took place on June 12 and June 15. The discussion on June 15: 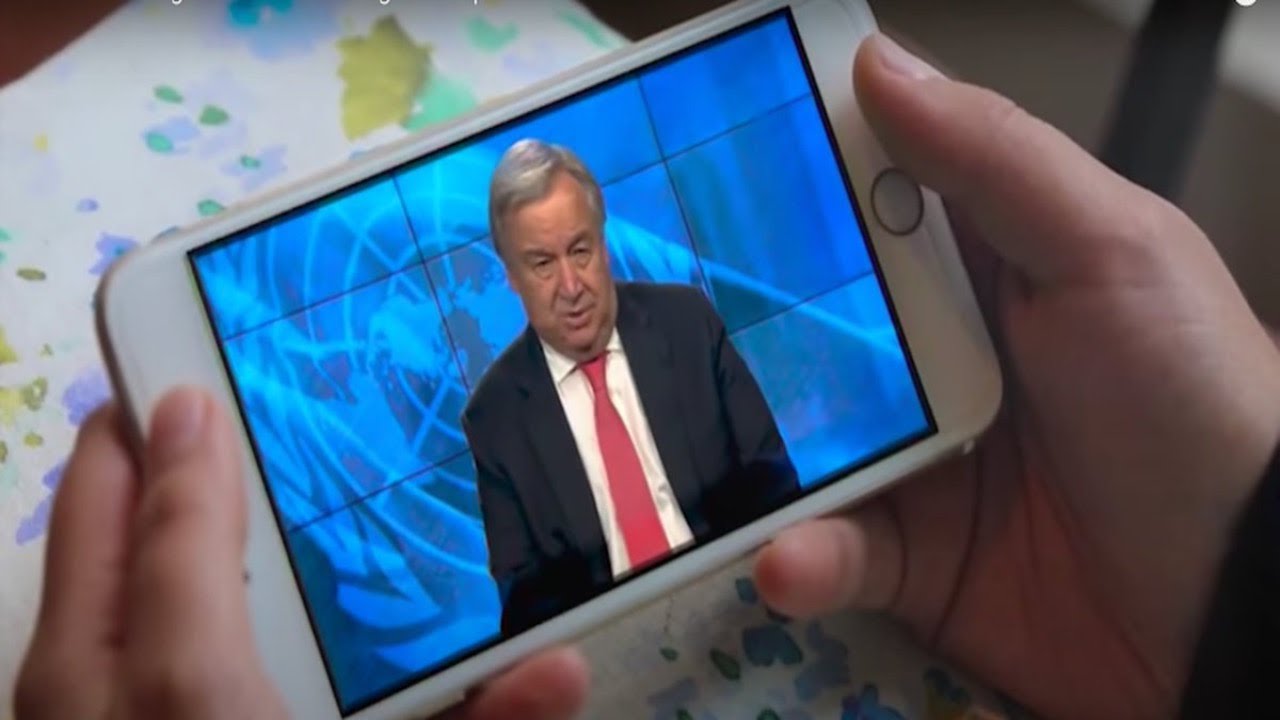 which I’m focusing on here, specifically addressed AI, but the topic was mentioned on several occasions during all three events. 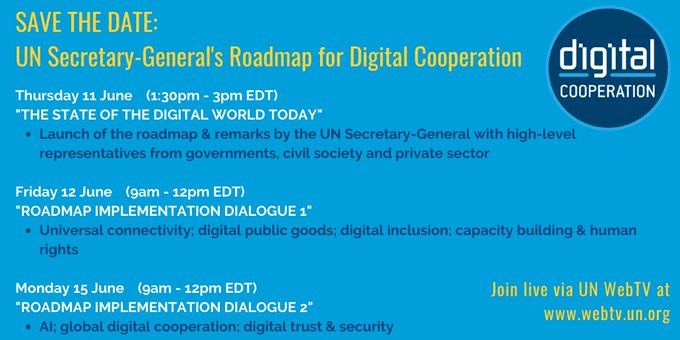 First, in terms of applications of AI, the discussion was focused on the progress towards the SDGs and the responses to the COVID-19 crisis. UN Under-Secretary-General Fabrizio Hochschild, who guided the discussion, emphasised that the development towards reaching the SDGs was sliding back for the first time in many years due to the impact of COVID-19. AI and other emerging technologies were described as a way of catching up and mitigating the negative impact of COVID-19 on global development. AI was also described as having a life-saving and a life-enhancing capacity, and as a key in developing health solutions in response to COVID-19. Using chatbots for frontline responses to COVID-19 queries (a concrete example of AI application) was mentioned on at least two occasions during the launch events.

Second, values that should guide the development and application of AI were touched upon in almost all interventions. Mr Max Tegmark (President, Future of Life Institute) expressed a key concern, shared by many, when he said that AI might develop faster than the wisdom with which we manage it. There was a sense that our values should shape technology and not vice versa. Trustworthiness, and associated with that, transparency, reliability, and the accountability of AI, was a thread that bound many of the interventions together. Yet, Mr Mattia Fantinati (Member of Parliament and Special Advisor to the Minister of Technological Innovation and Digitalization, Italy) suggested that trustworthiness in itself is not enough, and that people need to see clear benefits from AI application in their personal and professional lives. Similarly, human-centric approaches to AI echoed in many of the interventions. The respect for and protection of human rights were reflected on in many interventions, in particular from representatives of European states and by Director General of the UN Educational, Scientific and Cultural Organization (UNESCO) Ms Audrey Azoulay. She also suggested that sustainability, dignity, and solidarity are under-represented ethical dimensions in the discussion.

Third, in terms of working towards these values, many of the interventions stressed inclusiveness. Ranging from reminders to include small and developing states, to calls for capacity development, as suggested by Ms Irene Solaiman (Policy Researcher, OpenAI), would enable active participation in discussions on AI. Defending and respecting democratic principles when shaping AI values and facilitating a better dialogue on AI, as suggested by Mr Cédric O (Minister for Digital Affairs, France) and MS Rebecca Finlay (Vice President, Canadian Institute for Advanced Research), were echoed by a number of speakers. 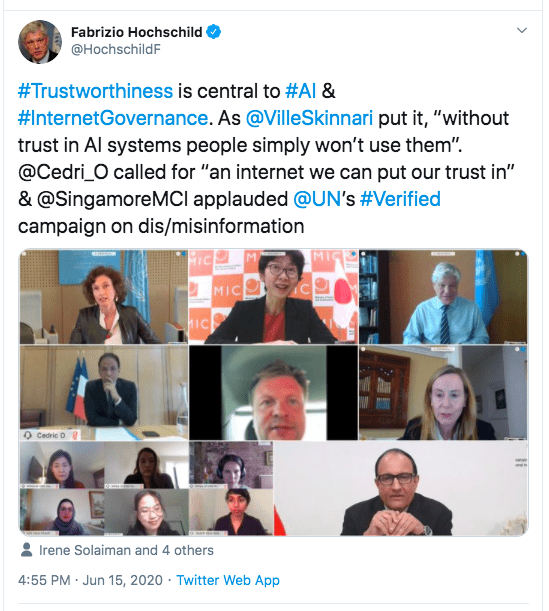 Fourth, some suggested that AI values should be universal, while others, such as Mr S Iswaran (Minister for Communications and Information, Singapore) cautioned that values differ. Rules that are too descriptive should be avoided, and applications of AI should adapt to societal norms. Mr Yi Zeng (Director, Research Centre for AI Ethics and Safety, Beijing Academy of Artificial Intelligence) suggested that there are differences, but also common ground, between the philosophies of the East and the West, and that joined efforts are needed to bridge the differences.

Fifth, in terms of AI governance and the relation between global and national levels, there was a sense that complex issues, such as AI governance, require global co-operation. Hochschild suggested that, in contrast to developments on national levels, organisations on the international level, including the UN, are still playing catch up. However, he reiterated that for national efforts to be truly resilient, they need to be complemented by international norm-setting, and added that this is where we have a deficit at the moment.

Some initial reactions and comments

For Chatham House, the Roadmap represents a ‘welcome change in pace and ambition’. The organisation highlights a number of positive developments associated with the Roadmap, such as:

Chatham House’s reaction also points to one of the most profound challenges awaiting digital governance: ‘the reality of profoundly differing approaches between democratic and authoritarian governments’.

Access Now was the co-champion of Recommendations 3a and 3b on digital human rights. In their response to the Roadmap launch, they emphasised three key priorities:

Overall, power, class, politics, and race, as drivers of inequality, need to be addressed if digital co-operation and the full enjoyment of human rights and the SDGs are to become a reality. Regarding the tech envoy, Access Now emphasised that much depends on the quality of the person appointed and that ‘civil society must be included in the selection and the execution of the Tech Envoy role’.

Commentators, such as Mr Wolfgang Kleinwächter, issued words of caution regarding the potential of digital collaboration, arguing that the secretary general’s call for a global ban on LAWS ‘is falling on deaf ears’ and that ‘reality also includes the recognition that we probably have to face a decade of bitter conflicts in cyberspace’.

DiploFoundation’s Mr Jovan Kurbalija suggested that the Roadmap is the realistic acceleration of digital co-operation. According to Diplo’s analysis, the Roadmap as a whole puts its main focus on development issues. In terms of AI, the Roadmap clearly recognises governance gaps and suggests a cautious approach by ‘taking into account existing mandates and institutions’. Kurbalija also argued that the Roadmap represents an important shift away from treating AI as a ‘separate policy area’ by ‘anchoring it in existing rules, covering issues such as human rights, liabilities, data protection and consumer protection’. (For further resources and summaries, please visit our dedicated page on the Geneva Internet Platform’s (GIP) Digital Watch Observatory.) 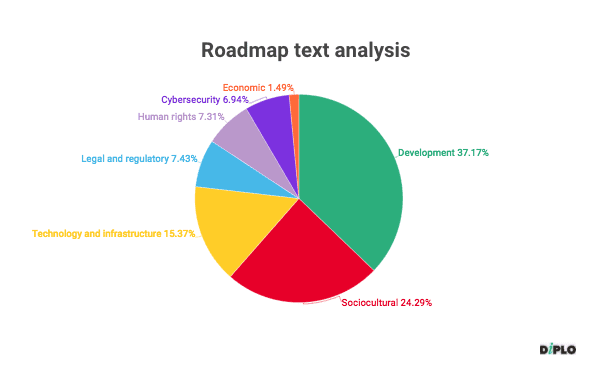 A lot depends on how some of the entities suggested in the Roadmap, such as the tech envoy and the multi-stakeholder advisory body on global AI co-operation, will become operational, and what resources, support, and broad acceptance they will receive. It is also clear that the regulation of AI at the global level remains elusive, given the differences in societal norms and what societies and countries deem acceptable. A ban on LAWS, following the call from the UN secretary general, is out of reach. Yet, developments such as UNESCO’s ongoing consultations on the ethical dimension of AI are hopeful signs. Similarly, suggestions brought into the discussion at the Roadmap launch for a global compendium of AI-use cases and an ‘AI for SDG’ think tank (for the development of free and globally available resources) should be recognised as steps towards more collaborations and the responsible use of AI.

‘Soft power’ is nothing more than influenceWhat Diplomats Do: The Life and Work of Diplomats (Book review)
Scroll to top