Last weekend, thousands of people took to the streets of freezing European cities to protest against ACTA. Typically, especially in sub-zero temperatures, only critical issues such as wars and social injustice could bring so many out of doors. Why did this issue, with its rather bureaucratic acronym (ACTA: Anti-Counterfeiting Trade Agreement) have such a public impact? 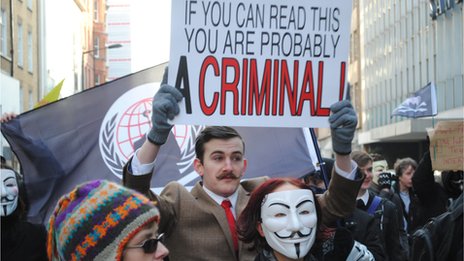 The first reason is the potentially draconian impact on the way the Internet is run. ACTA could create a back door for the censorship and control of the Internet.

The second reason, of no lesser importance, is the annoyance of the global public about the lack of transparency in negotiating ACTA. During its initial days, ACTA talks were carried out practically in secret. Under public pressure, ACTA negotiators started revealing information and made the process more accessible to the public. But in spite of these efforts, the public still views the ACTA process as secret, almost conspiratorial negotiations.

What are the main lessons from ACTA, for global governance?

Modern diplomacy should start listening and e-listening more than before. The voices of people worldwide are getting louder, more coherent, and more strident via the Internet. They need to be heard and engaged in global negotiations. As The Economist wrote in its comment on ACTA: ‘Internet activists used to be dismissed as a bunch of hairy mouse-clickers with little clout. Not anymore.’

Obviously, we cannot expect the direct participation of millions of activists in diplomatic negotiations. The ultimate drafting of texts and striking of deals can only be done in limited circles of professional diplomats representing their countries. But sustainable and implementable agreements must reflect as wide a range of interest and views as possible.

Diverse e-participation tools and approaches are available to support this process of greater inclusion. The next step is to integrate e-participation more fully into the procedures and modus operandi of global decision-making bodies.  Hopefully it will be done sooner rather than later in a constructive and gradual way before it becomes a matter of urgency due to the deterioration of the legitimacy of and the trust in global public policy. ACTA is a timely warning signal.