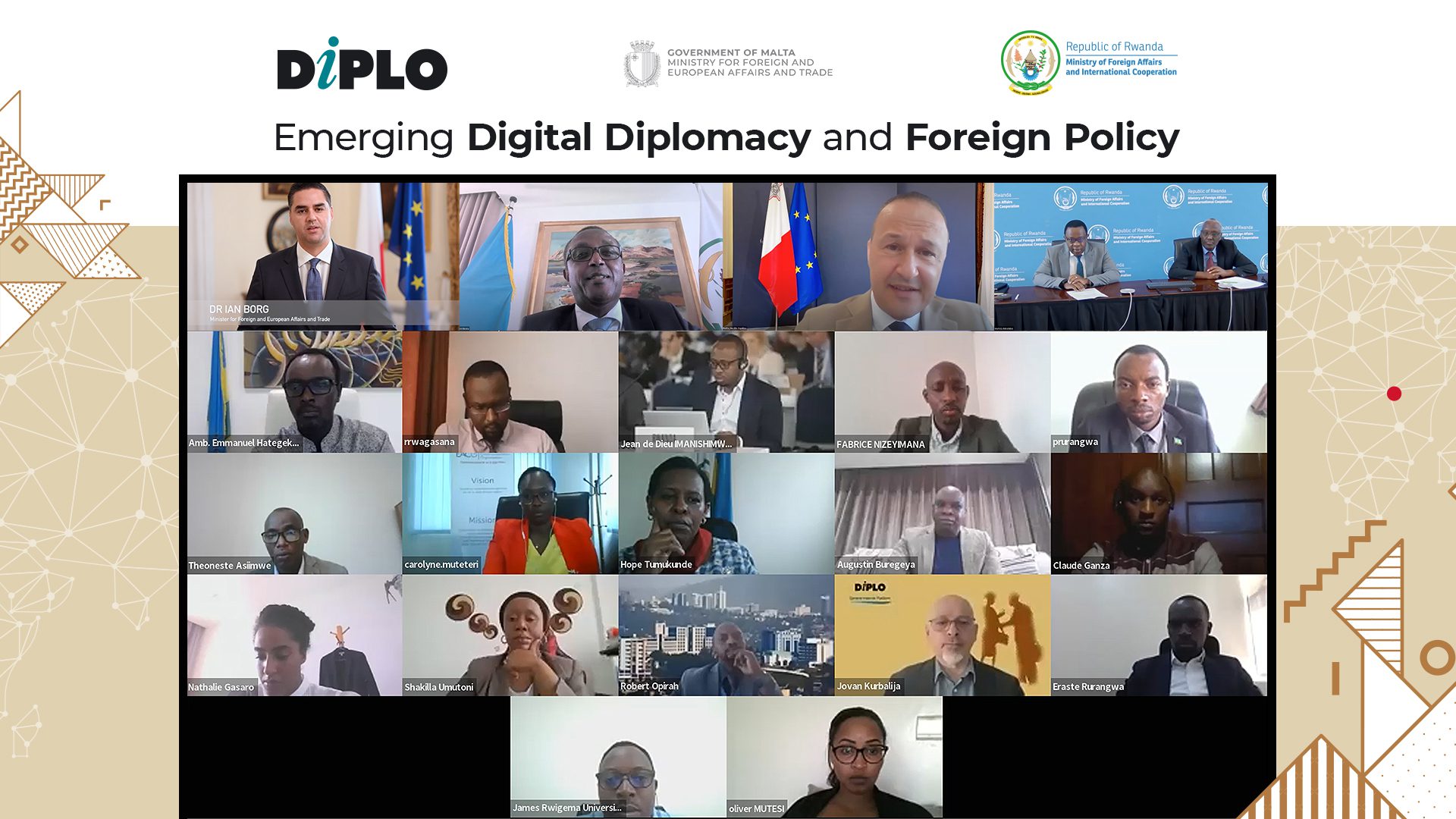 The training, sponsored by Malta’s Ministry for Foreign and European Affairs and Trade and supported by Rwanda’s Ministry of Foreign Affairs and International Cooperation, was held from 3 to 14 October 2022.

The online training discussed the impact of digitalisation on diplomacy and analysed the main trends in geopolitics, major negotiations, and the use of practical tools.

Speaking at the launch of the training, Malta’s Minister for Foreign and European Affairs and Trade Dr Ian Borg explained that it is vital for small countries to harness the power of cyber diplomacy. He added that after running a similar programme for Namibian diplomats, Malta was delighted to share its experience by working with Rwanda through Diplo in this exciting new field. Borg concluded by highlighting the strong relationship being developed between Malta and Rwanda in various sectors and that he is looking forward to further collaborations.

Rwanda’s Minister for Foreign Affairs and International Cooperation Dr Vincent Biruta thanked Malta and Diplo for the training. He highlighted the critical role of digitalisation in today’s diplomacy and how the emergence of digital policy topics has increased the complexity of diplomacy at all levels. Biruta also spoke of the friendship and growing bilateral relations between Rwanda and Malta, the Commonwealth background shared by the two countries, and the commitment towards a continued collaboration in various sectors.

Diplo’s Executive Director Dr Jovan Kurbalija thanked both ministers for their role in encouraging capacity-building training such as this one and congratulated all the participants for their active participation, comments, questions, and insights.

Diplo is a Swiss-Maltese non-governmental organisation that specialises in capacity development in the field of internet governance and digital policy. Established in 2002, Diplo, among other things, works to improve the role of small and developing states in global diplomacy by:

Over the years, Diplo has successfully trained over 6,600 alumni from 203 countries and territories, including individuals working in governments, the private and civil sector, media, and academia.

The capacity-building training Emerging Digital Diplomacy and Foreign Policy is a tailor-made programme created by Diplo in cooperation with Rwanda’s Ministry of Foreign Affairs and International Cooperation.

The aim of the training is to provide participants with the skills and knowledge to: