You are here: Home1 / DiploFoundation at 2nd SEEDIG meeting 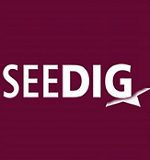 DiploFoundation will participate at the second annual meeting of the South Eastern European Dialogue on Internet Governance (SEEDIG), in Belgrade on 22 April 2016. SEEDIG is a sub-regional Internet Governance Forum initiative dedicated to open, inclusive and multistakeholder discussions on Internet governance issues between stakeholders in South Eastern Europe and the neighbouring area.

DiploFoundation is supporting the organisation of SEEDIG, and will be co-moderating a panel on Discussing cyber(SEE)curity: global issues in regional context. A number of Diplo alumni and associates will be taking part in the dialogue. Diplo will also be presenting the GIP Digital Watch observatory during a short talk.

SEEDIG is an initiative that was launched by stakeholders in South Eastern Europe and the neighbouring area (SEE) with the main aim to facilitate multistakeholder discussions, exchanges, and collaboration on Internet-related issues that are of particular concern in the region.

The overarching theme of the second annual meeting is ‘Can we SEE Internet governance?’ The main topics in the programme include: multistakeholder Internet governance mechanisms, digital divide and digital literacy, cybersecurity, and human rights in the digital space. Short discussions will also be held on issues such as: Internet governance mapping and observatory initiatives, network neutrality, virtual currencies, Internet voting, and child safety online.

The meeting is organised in a bottom-up manner, by the SEEDIG community (a multistakeholder group of individuals from SEE and the neighbouring area), with the support of the Serbian National Internet Domain Registry (host), DiploFoundation, Internet Corporation for Assigned Names and Numbers, Internet Society, and other partners.

For more information, including speakers and a detailed programme, visit the initiative’s website. Get involved: follow updates on SEEDIG’s Facebook page, participate in situ or remotely, and join the discussions on Twitter, via #SEEDIG2016.