You are here: Home1 / Data Governance in the Context of Emerging Technologies: Promoting Human-Centred ...

Data Governance in the Context of Emerging Technologies: Promoting Human-Centred and Development-Oriented Societies

The webinar presented the opening lecture of Diplo’s Data Governance in the Digital Economy online course which aims to analyse the complexity of data governance from a holistic approach, with a particular emphasis on the economic importance of data for development strategies.

Dr Jovan Kurbalija (Director, Diplo; Head, Geneva Internet Platform (GIP)) opened the webinar by highlighting how data has become a buzzword that we need to demystify and put in the right context. Questions regarding the use of data, how to contextualise it and its quality, and link it to artificial intelligence (AI), are just some of the topics that are discussed in this course. It is important to demystify buzzwords and put them in a technical and human development context. Kurbalija added that data should be a public good that benefits humanity, and should be analysed from many angles, ranging from technology and humanity, to practical issues of data governance. He also mentioned that finding a single definition is challenging as data can be looked at from different angles. For example, the way data is seen from an economic perspective (which is the focus of the course) is different from how the human rights and security communities see it.

Ms Pilar Fajarnes Garces (Economic Affairs Officer, Technology and Logistics Division, UN Conference on Trade and Development (UNCTAD)) presented some key findings of UNCTAD’s Digital Economy Report 2021 which focuses on cross-border data flows and development issues. Fajarnes Garces highlighted that the traditional digital divide is being compounded by a growing data divide. Data is frequently discussed from trade and privacy perspectives, but the impact of data on inequalities, as well as the development perspective, is often missing.

From an international perspective, three major models of data governance are emerging: the USA, the EU, and China. This has resulted in tensions mainly between the USA and China, since they are the main front runners in harnessing data. The two countries control 50% of the world's hyperscale data centres, have the highest rates of 5G adoption, control 94% of AI start-ups, and represent 90% of digital platforms.

Against this backdrop, developing states are at risk of becoming providers of raw data and paying for intelligence services developed elsewhere. Fajarnes Garces added that it is crucial to implement policies that ensure the equitable distribution of benefits from the digital economy, and to create a new UN body on data governance in which all concerned stakeholders would be included.

Dr Luca Belli (Professor, FGV Law School; Head, Center for Technology and Society, FGV; Director, CyberBRICS) focused on the growing interoperability of data governance frameworks being put in place in Brazil, Russia, India, China, and South Africa (BRICS). He reminded the audience that the main goal of BRICS is to lead developing economies and promote reforms on a global level. As early as 2013, BRICS stressed the importance of working together on cybersecurity issues, enhancing cooperation and joint research, and creating a new development bank and joint initiative to fund ambitious digital infrastructure projects. The collaboration among BRICS members is an example of ‘enhanced cooperation’ mentioned in paragraph 69 of the Tunis Agenda that was approved at the World Summit on the Information Society (WSIS).

Belli stated that there is no shared treaty on data governance, but increased communication is leading to enhanced legal interoperability in areas such as data protection. He invited the audience to access the comparative mapping ‘Data Protection Across BRICS Countries’ that shows the norms on data protection adopted by these countries. He also stated that the need to protect data as an economic asset and ensure that it benefits national economies, is one of the reasons for data-localisation measures put in place in some BRICS countries.

Ms Marília Maciel (Head, Digital Commerce and Internet Policy, Diplo) closed the session by stating that the webinar achieved its aim which was to ‘shake the debate’ on data flows, and tackle this issue from a development angle. 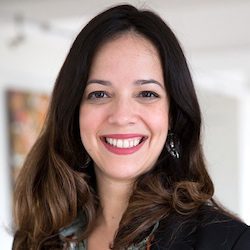 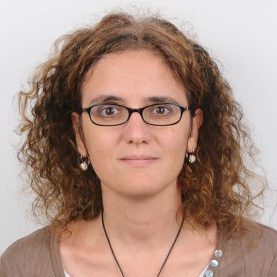 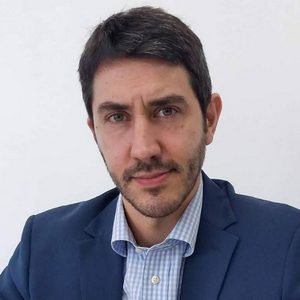 The importance of data is paramount, not only for promoting innovation, but also for better policymaking and long-term development. Data has become a cornerstone for the digital economy and a strategic asset for promoting the vision of a people-centred and development-oriented ecosystem, set forth by the World Summit on the Information Society (WSIS).

In particular, data availability and data flows underpin emerging technologies, such as the internet of things (IoT), artificial intelligence (AI), 3D printing, and the connected infrastructure that increasingly allows modern cities to function.

In the context of this data-driven economy, the governance of this key asset should be tackled in a multilayered way. On the one hand, there is a growing need to harmonise measures put in place at the national level (or ‘behind the border’) that have an impact on data flows and on the development of new technologies. On the other hand, it is important to tackle the geopolitical consequences of the concentration of key assets (data sets, cloud services, analytics capacity) and of wealth in the context of the data economy, and the potential impact that this concentration could have on development, stability, and on attaining the SDGs.

Some of the topics to be covered by speakers include:

Join us for this opening lecture of Diplo’s Data Governance in the Digital Economy online course.