You are here: Home1 / The winds of net-war: China warns of US arms race in cyberspace

In recent weeks the Chinese government has delivered strong messages about internet sovereignty to both international and domestic audiences. Despite confirming its commitment to working with the rest of the international community “to create a peaceful, secure, open and cooperative cyber space”, Beijing has given every indication that it regards recent acts of US cyber-aggression as signaling the onset of a new internet-based cold war.

Early in June, the Chinese foreign ministry and the UN Regional Center for Peace and Disarmament in Asia and the Pacific co-hosted the International Workshop on Information and Cyber Security in Beijing. In his opening address in front of international media and representatives of 20 nations and international organizations, Chinese Vice Foreign Minister Li Baodong launched a blistering attack on the US for turning the internet into a new great power battlespace.

Minister Li condemned the massive-scale surveillance activities by an “individual country”, which have “severely infringed on other countries’ sovereignty and their citizen’s privacy”. “Instead of reflecting on its behaviors that undermine the sovereignty of other countries and privacy of citizens”, alleged Minister Li, “it has painted itself as a victim and made groundless accusations against or defamed other countries”.

He suggested the need to uphold a number of principles, including those of peace, sovereignty, co-governance and universal benefit. He reiterated China’s belief that international efforts be focused on dialogue and cooperation, the formulation of unanimously accepted international norms, and inclusive and “equal-footed” participation by all. The bottom line: the US should now be seen as the malevolent cyber-hegemon that it is, cyberspace should be viewed through a Westphalian prism of domestic non-interference, and a US-initiated cyber arms race must be avoided. 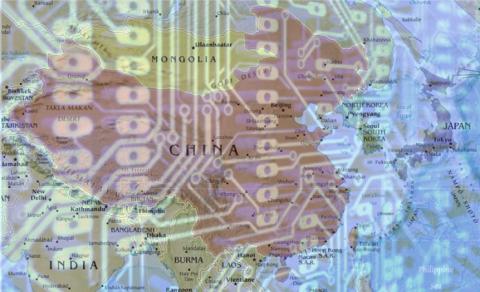 Ten days after Minister Li’s address, party mouthpiece Seeking Truth online published a paper by Lieutenant-General Li Dianren of the National Defence University, asserting that Western cyber aggression had ushered in the spectre of a “netwar” (网战 wangzhan).  Targeted presumably at a nodding domestic readership, Lt Gen Li’s missive, was a call to defensive arms against a predatory West hell bent on toppling non-Western states and rebuilding them in its likeness:

At present, some Western countries rely on their “network information superiority”, to change the network into a main channel to penetrate and destroy other countries, export Western ideology on a large scale, preach Western political systems and models, slander and attack other countries’ political systems and value views, vigorously conduct “peaceful evolution” and carry out “colour revolutions”, and direct one “smokeless war” after another. To some extent, ideological penetration has become one of the main forms of Western “netwar”.

Lt Gen Li’s answer to defending against ideological penetration is the safeguarding of what he refers to as “ideological cybersecurity”. In essence, this would involve the careful management of the legal and social implications of the domestic internet, as well as the strengthening computer system research, development and technological innovation so that the technological superiority of the West might be ultimately reversed.

The interviewees were united in their opinion that the internet age had expanded the concept of national sovereignty from land, airspace and territorial waters to the “information frontier” (see my earlier post for more on concepts of territorial sovereignty in Chinese cyberspace).

In cyberspace, however, a state’s ability to maintain sovereignty is determined by its technological capability. Interviewee Lang Ping of the Chinese Academy of Social Sciences, argues that it is because of this that the US holds absolute dominance in relation to cyberspace’s “key terrain”, including “data center, network service providers, submarine cables, international standards-setting bodies, the basic input-output system, supply chain, internet labor force and technological innovation”.

But according to these experts, controlling the high ground does not and should not confer sovereign right. On the contrary, according to interviewee Wang Xiao Feng of Fudan University’s Center for American Studies, domination of the internet by the few had led to an “unfair allocation of network resources, abuse of network technical advantages, and the militarization of cyberspace”. The bottom line: continuing US dominance over the internet is a destabilizing force.

Together, these recently published commentaries are clear signals that China is less and less willing to tolerate any model of internet governance in which the US could exert any overt or indirect influence. Beijing will take an increasingly uncompromising stance in relation to its control of the Chinese internet domain; it will enforce ever tougher compliance from tech corporates wishing to access the China market; and it will push for broadly defined acts of cyber aggression to be outlawed by UN international convention in order to ultimately neutralize the technological dominance of the US in cyberspace.