You are here: Home1 / What would Rousseau advise internet leaders today?

If you are in Geneva, make sure to visit Rousseau’s island (5 minutes walk from the Cornavin train station), Rousseau’s birthplace turned-museum in Geneva’s Old Town, and a few other installations dedicated to the celebration of 300 years since the birth of the great philosopher. Anniversaries are always an occasion to reflect on both the past and the future. What would Rousseau do today? Can we learn something from him? 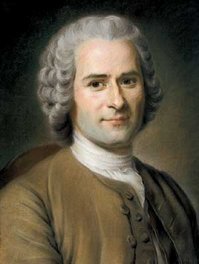 Today, we are in the process of renegotiating various social contracts in politics and economics. The Internet is no exception. The old Internet social contract, which facilitated the amazing growth of the Internet, is also being questioned. Do we need to amend it or do we need to draft a new one?

The early idyllic phase of the Internet’s social contract was challenged by three main developments; first in the early 1990s when, through the commercialisation of the domain name system,  business entered a previously non-profit space (ultimately leading towards the establishment of ICANN); secondly, in the early 2000s when the Internet’s global growth attracted the attention of governments for managing the Internet (the WSIS process and the IGF); and thirdly, over the last few years when the Internet became part of the critical infrastructure for business and governments.

Each of these developments introduced new players and put additional pressure on managing the Internet.  The more critical the Internet has become in the running of modern society, the louder the voices for the revision of the ‘Internet social contract’ have gotten.

This tension is behind most of the controversies addressed in ICANN, WSIS, the ITU, the IGF and other policy spaces where Internet politics is being discussed.

What are the main positions in the debate on the new Internet social contract? 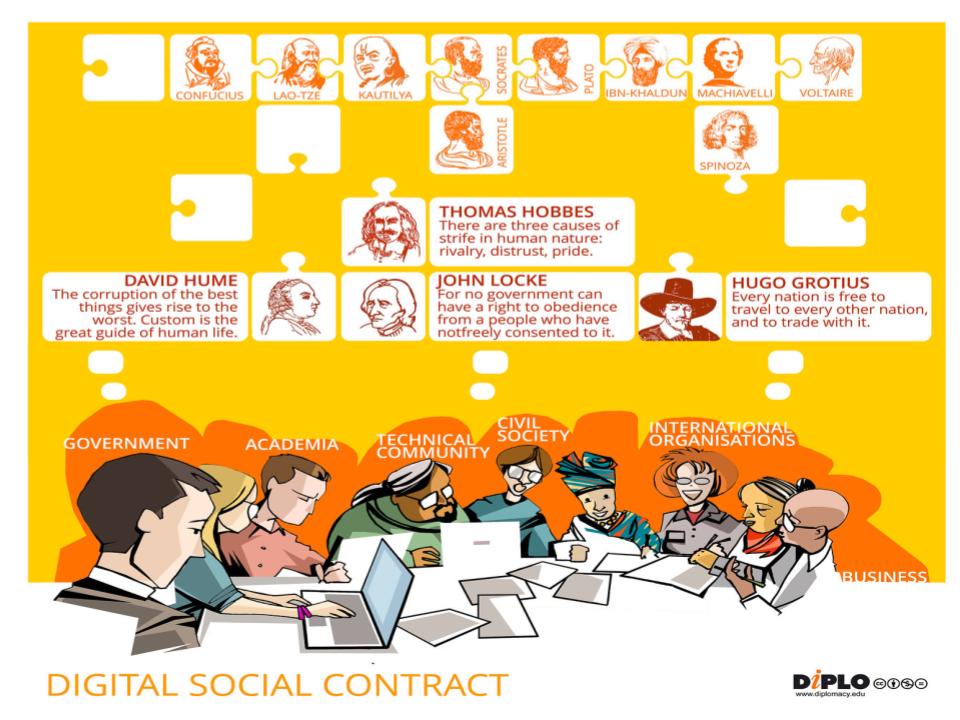 The Internet pioneers who evolved into the “Internet guardians” have argued for the status quo, since one should not fix something that is not broken. The Internet is not broken. It works very well. The Internet guardians are right in as much as are those who argue that there is a need to make a new deal that reflects the evolution of the Internet from a small network of researchers and scientists to it being a critical infrastructure of modern society. For those who argue for the new deal, it is not a matter of the Internet working (it should work); it is a matter of representing a new Internet demography and interests.

The Internet guardians made a few attempts to improve an early social contract, including the implementation of a direct vote by the Internet users for the election of the ICANN board.  This experiment of direct democracy in ICANN failed. A more recent development, including the fast-growing Pirate parties in Europe, may create a space for another attempt to develop legitimacy through direct engagement with Internet users.

The proponents of the new Internet social contract argue for a new arrangement, mainly built around states as representatives of the political will of their citizens, including Internet users. They also argue that the decisions on Internet governance cannot be made only by Internet users, since the Internet impacts everyone, including those who are not connected. They prefer the arrangement under the UN umbrella, with a wide spectrum of options from the ITU-driven system to the new UN Internet governance body.

What could we learn from Rousseau and other philosophers who wrote about social contracts?

Rousseau would not be particularly enthusiastic about either the old internet contract (run by the tech elite) nor the alternative proposals (the government-driven approach). For Rousseau, the core of a social contract is the process in which citizens (in this case internet citizens) actively participate in public debates and decision-making. This includes much more than occasional voting. Rousseau would definitely argue for the establishment of the general will of all internet users around a few key principles (parallel to the current discussion of internet principles). He would be concerned about the number of social contractors (two billion internet users). He envisaged a social contract for small societies, modelled around his hometown of Geneva. Rousseau’s social contract is demanding for citizens. It requires a very active participation in political life, as well as continuing education towards achieving ‘civic skills’ (capacity building).

Other thinkers besides Rousseau have reflected on social contracts.

Hobbes’s version of a social contract would be popular in the cybersecurity community.  In Leviathan, Hobbes developed a social contract starting from the hypothesis that humans are selfish and motivated to do everything they can to protect what belongs to them and what can improve their glory, regardless of the rights and interests of others. This inevitably leads into war of all against all and human lives being ‘solitary, poor, nasty, brutish and short’. For Hobbes, the solution was that people pass their natural rights to a sovereign (state) that guarantees them security.  They exchange their freedom for security, motivated by fear of  anarchy and a war of all against all. Currently, fear of the Internet is not particularly strong, but with increasing risks it may make people ready to delegate their rights to a sovereign that can ensure the safety of their ‘digital life and assets’.

The third approach to social contract, expressed by Locke in his Second Treatise on Civil Government would probably be the closest to the view of the Internet pioneers. According to Locke, the natural (default) status of human communities is based on freedom and equality in which people through their rational capacities arrange social relations and ensure the preservation of themselves and their communities. Locke was much more optimistic about human nature than Hobbes.  According to Locke, a social contract is needed in order to avoid any risk of degeneration in this ideal early stage of human society.  In the Internet world, that harmonious and rational phase is linked to the early Internet community which would not mind delegating some rights to authorities in order to preserve this early harmony (e.g. laws on network neutrality, formalised multistakeholderism).

Let us see what type of Internet social contract will emerge through complex and messy policy processes. In the meantime, if you are in Geneva, make sure you visit Rousseau’s island. You may get some new ideas and inspiration for Internet governance.

Report: Top digital policy developments in 2016 – A year in review

A ‘tsunami’ in online education: will we need to reconstruct teaching...We’re all Digital Migrants now
Scroll to top