Last Wednesday (17 April 2013) we discussed the key dilemmas of online learning. This lively event involved more than 70 people and 3 panels with 2 panellists debating the following questions:

Each panel debate concluded with an audience vote which resulted in an overwhelming victory of – what I have labelled – the ‘utopian view’ (58%). The realists won only 11%, and 31% were undecided.

Yesterday, I watched the video of the discussion:

and realised that the realists had much stronger arguments. Their arguments were based on experience and common sense. They used many data and research findings. The ‘blue sky’ arguments relied more on promises, hopes, and expected developments (I was one of the ‘blue sky’ panellists). 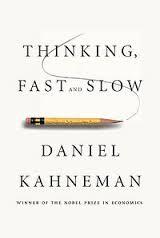 It led me to reflect on the limits of human rationality. If we try to quantify argumentation validity, my guess is that the realist should win 80:20. But, the voters reacted with intuitive thinking which is often more open to utopia, more positive, and more future looking. Daniel Kahneman (in his book Thinking, fast and slow ) says that it is the world’s System 1 which we use in most of our decision-making (quick intuitive decisions). System 2, which provides careful logical analysis, is not often used.

Diplo’s webinar was attended by people who have an interest in or some exposure to online learning. They could be considered informed participants. Yet, the results of their votes do not follow ‘argumentation validity’.

This is worth keeping in mind when we discuss political and policy issues!

The uncertain future of national borders

Czech Republic is not Chechnya: the power of social media
Scroll to top