You are here: Home1 / The uncertain future of national borders

The uncertain future of national borders

With the emergence of the nation state national borders became a Western obsession. Every bit of the globe was carved up, with ruler and pencil if need be (see Africa in 1884). 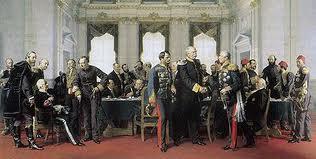 Predictably, long-term issues arose from trying to fit the social reality on the ground within the Procuste bed of national borders determined at the negotiation table. We are still dealing with the consequences.

The last major “carve up” took place in the Middle East. The Ottoman Empire was split up in accordance with the 1916 Sykes-Picot Agreement, as refined at the San Remo Conference of 1920. France and Great Britain were each allocated “control of areas” – Syria, Mesopotamia, Palestine. Defeated Turkey turned inward and to the task of becoming resolutely modern and secular. The current Middle East map emerged.

The mapping exercise overlooked the Kurds – an Indo-European ethnic group that today counts around 30 million people settled in an area of roughly 400’000 km2 one might call Kurdistan. Maybe it was belated revenge against Saladin, a, ethnic Kurd who had destroyed the Christian Kingdom of Jerusalem. Anyway, Turkey, Iran, Iraq, Syria and Azerbaijan each one got a piece of the cake, Turkey holding the largest. Needless to say, Kurds are an unruly lot. Finding oil in the Kurdish part of Iraq has not helped.

In a historic turnabout, Turkey is again seeking to become a regional power. Whether Turkey would have ever fitted within the EU is a question unlikely to be answered. Europe had a chance, and missed it. The implosion of the Soviet Empire led to the emergence of Central Asian states. Ethnic, linguistic, and religious ties to Turkey re-emerged. The Middle East is changing fast as modernity erodes the rickety autarchies or compromises. Turkey has become a major player in a fast changing region. Who wants to be the stepchild of doddering Europe?

This Op-ed article https://bit.ly/17tI7L1 is but one of many about the vision of Turkey’s Prime Minister Recep Tayyip Erdoğan for the role of his country in the region. What is interesting is the boldness of the plan. Rather than suppressing the Kurdish autonomist movement, Erdoğan seems bent on political integration. Once legitimated, this democratic “political core” would then translate into regional preponderance. Its influence would reach out (and under) national boundaries into Iraq (and its oil), Iran, and Syria. Turkey would become the paramount Sunni state. Kurdistan would be economically tied to (now) benevolent Turkey.

National boundaries would remain, to fob off the band of international lawyers bent on fitting once more reality to precedent. The boundary would become irrelevant – just as the skin of a chrysalis hanging from the bark of a tree long after the cicada has left.