You are here: Home1 / Wreckers are as important as builders

Wreckers are as important as builders

I was reading Eric Hobsbawn’s excellent eulogy on Tony Judt this rainy morning. One sentence struck me. Speaking of the end of the Communist system, this Marxist historian stated:

The real heroes of the period [i.e. the end of communism] were Gorbachev, who destroyed the USSR, and men within the old system like Suárez in Franco’s Spain and Jaruzelski in Poland, who effectively ensured a peaceful transition and were execrated by both sides.

How right Hobsbawn is! We are enamored of ‘heroic history’ and always look for the hero who ushered in the ‘new’. We pay no attention to how the transition was initiated or who triggered it. Wrong.

The wrecker is as important as the builder

The hero is also – even foremost – the one who had the sense to destroy the old without making shambles of it. The wrecker is just as important as the builder, if not more.

The true hero makes the inevitable happen. Like Moses, however, this hero will most likely only lead his people till the Jordan, yielding to a new man for crossing into the Land of Milk and Honey.

Seen in this light, one of the great statesmen of the 20th century was Charles De Gaulle1. He was able to liquidate France’s empire without ushering in civil war in the metropolitan area.

The skill with which he personally led the negotiations with the Algerian revolutionary forces was masterly – yielding always just as much as public opinion could bear so as to preempt the political import of an inevitable reactionary putsch that would accompany the process.

Once the ‘dastardly deed’ was accomplished, he strengthened stability of the presidential Fifth Republic and built up vague nationalism as counterpoise to the inevitable disarray that would follow the separation from French Algeria. In the ensuing years he manipulated nationalism so as not to isolate his country too much from NATO or the EU, and this must be seen as a glorious moment where he led the nation away from its past and into a stable future.

Do ‘destroyers of the old’ get due recognition? Seldom, I’d say. The French Revolution enabled Napoleon. History has fawned on him, and mostly damned the precursors, citing contemporary sources. Are these sources reliable? Hardly, I’d say.

Most senators during most reigns were collaborators (as most people are under most systems of power, however brutal); and when regimes changed they made every effort to reposition themselves, usually by excoriating in speech and writing, in ever more gory detail, the emperor who had been their friend.

In describing ‘scientific revolutions‘, Thomas Kuhn outlines a linear path from ‘current paradigm’ to ‘crisis’ to ‘new paradigm’ – the image would be a billiard player displacing or pocketing the old one. Or Athena emerging fully dressed from Zeus forehead. This description is most probably incomplete. 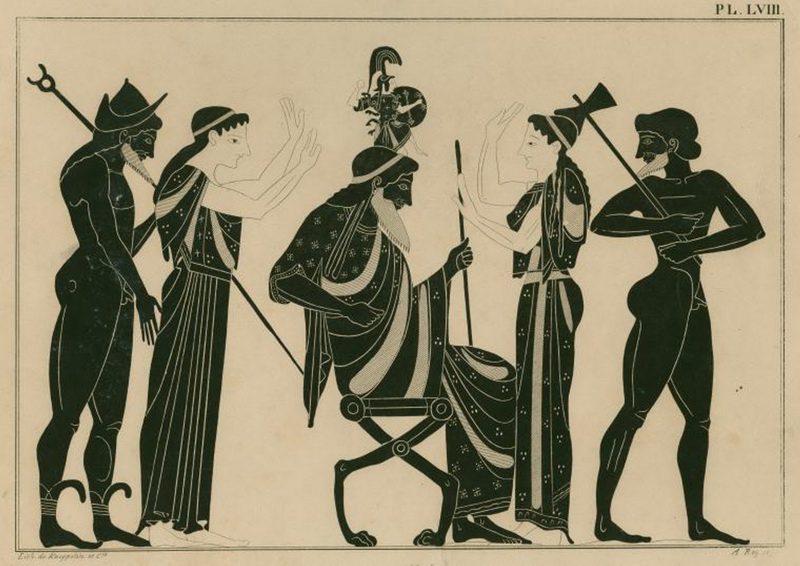 Athena, the daughter of Zeus, was produced without a mother and emerged full-grown from Zeus’s forehead. NYPL.

Change is a complementary process of destruction AND creation – not one of creative destruction.

1 Other statements would qualify, according to this point of view. Foremost I’d cite President Eisenhower, who made the Kennedy-Johmson duo inevitable.

Should the ‘destroyers of the old’ get more recognition?

Diplomacy as poetryIntercultural communication and logical fallacies
Scroll to top