New events and developments in the field of Internet governance gave rise to different dynamics throughout the month of September. The IANA stewardship transition process moved into its final mile, while the 2016 World Trade Organization (WTO) Public Forum dominated this month’s discussions on e‑commerce and trade. Developments also occurred in other Internet governance areas, such as taxation, net neutrality, and tackling extremist material online. 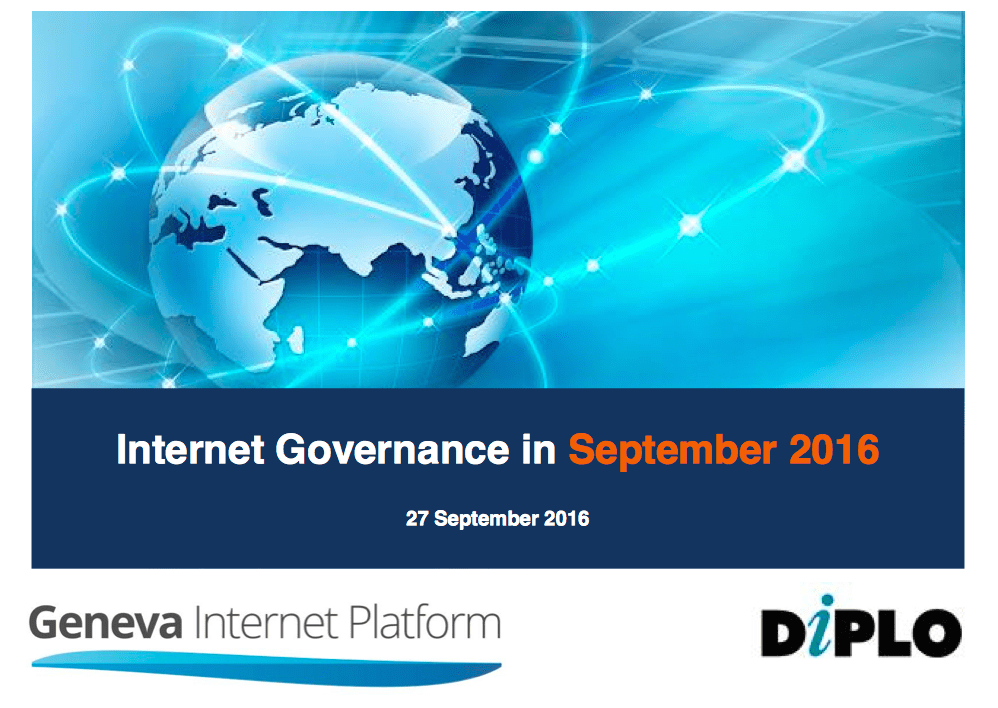 These and other developments, trends, and regional updates – summarised in the IG Barometer for September and in Issue 14 of the Geneva Digital Watch newsletter – were the subject of our latest Internet governance briefing, which took place on 27 September 2016. Leading the briefing, Dr Jovan Kurbalija, Director of DiploFoundation and the Head of Geneva Internet Platform, gave an overview of the main trends observed during September 2016:

The main Internet governance events held in September and planned for October were also presented during the briefing. More details are available in Issue 14 of the Geneva Digital Watch newsletter.

During the interactive section of the briefing, several issues were discussed: expectations regarding the upcoming meeting of the CSTD Working Group on Enhanced Cooperation; the IANA stewardship transition and unforeseen circumstances that might lead to a delay; the trend of Internet governance issues percolating through the trade agenda of various intergovernmental organisations.

Speaking on behalf of the Jakarta hub, Arko Hananto Budiadi, from the Ministry of Foreign Affairs of Indonesia, gave an overview of the recently adopted Master Plan on ASEAN Connectivity 2025, and spoke about the Indonesian tax authority’s investigation over Google’s alleged unpaid taxes from advertising revenues. Indonesia’s plans to hold a national IGF in November 2016 were also announced. More details can be found in an overview and a vide of regional updates and perspectives from Indonesia: 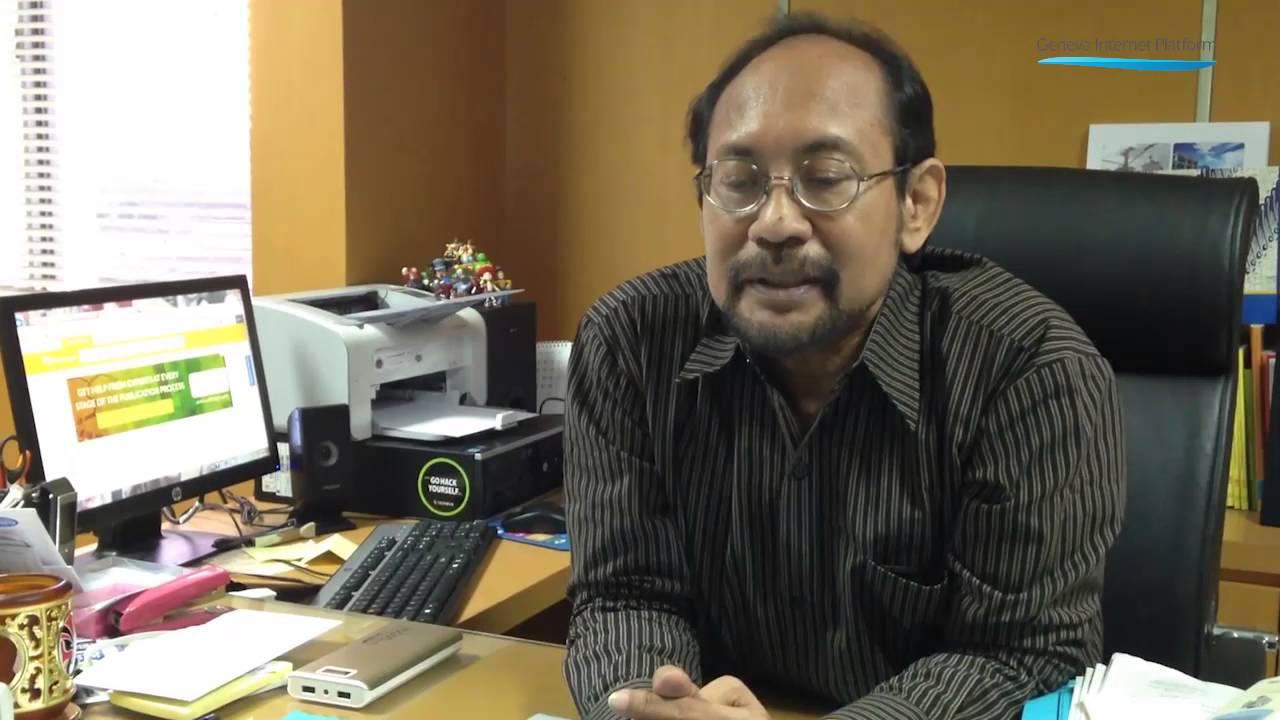 The Rio hub, represented by Luca Belli from the Center for Technology and Society of the Getulio Vargas Foundation School of Law, gave updates from Argentina and Brazil. In Argentina, a law was adopted granting access to public sector information to citizens and residents. In Brazil, two consultations were launched by the country’s Ministry of Development: one concerning guidelines on public tenders for software, and another one concerning Internet of Things. Intensive debate were held in the country on the recent updates brought to WhatsApp privacy policy; some observers expressing concerns over the fact that the new policy was not presented in a very objective manner, therefore not allowing users to understand the new options regarding sharing of WhatsApp data with Facebook applications. An overview and a video of regional updates and perspectives from Brazil are& available: 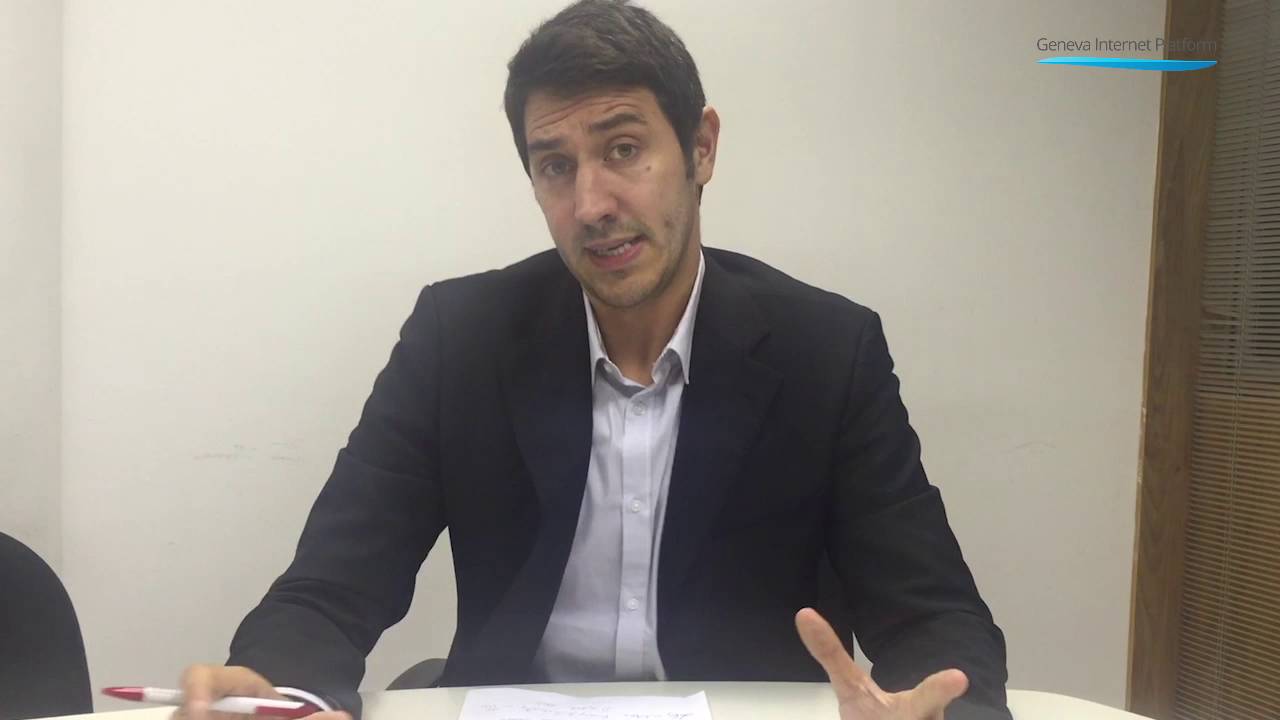 The Tunis hub discussed the restriction of online freedoms in some countries in Middle East and North Africa. In Morocco, end-users cannot access Voice over Internet Protocol (VoIP) services over their 3G and 4G mobile connections, following a decision of the country’s main telecom operators. This has determined users to refer to circumventing solutions such as Virtual Private Network (VPN) services. VoIP services are also blocked in the United Arab Emirates, but users cannot turn to VPN services because of legal provisions sanctioning the use of VPN or proxy servers to commit crimes or prevent their discovery. In Tunisia, efforts are made to make PayPal services available within the country. An overview and a video of regional updates and perspectives from Tunisia are available: 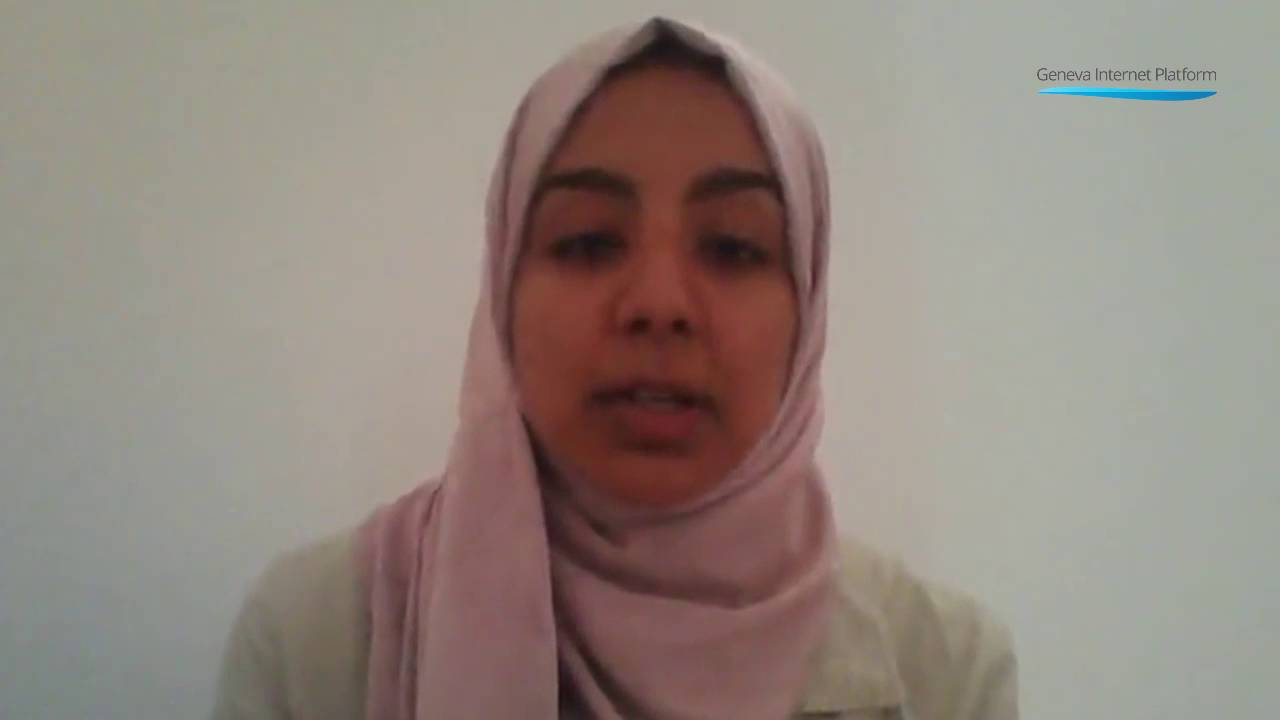 A South Eastern European hub was launched with the occasion of the September briefing. The hub held its own meeting, after the Geneva briefing, and it discussed developments related to Internet governance and digital policy in the region. In Romania, a draft law was published by the Ministry of Communications and Information Society, requiring the mandatory registration of users of prepaid SIM cards.  In Serbia, the Ministry of Trade, Tourism and Telecommunications launched a public consultation on a draft law on electronic documents, e-identification, and trusted services, while the National Bank issued a statement clarifying that PayPal service are not licensed in the country and cannot be legally used in the framework of the national payment system. Several countries in the region raked high in a top of best programmers worldwide. More details are available in a summary of September developments and activities related to Internet governance and digital policy in South Eastern Europe. The recording of the South Eastern Europe hub meeting is also available: 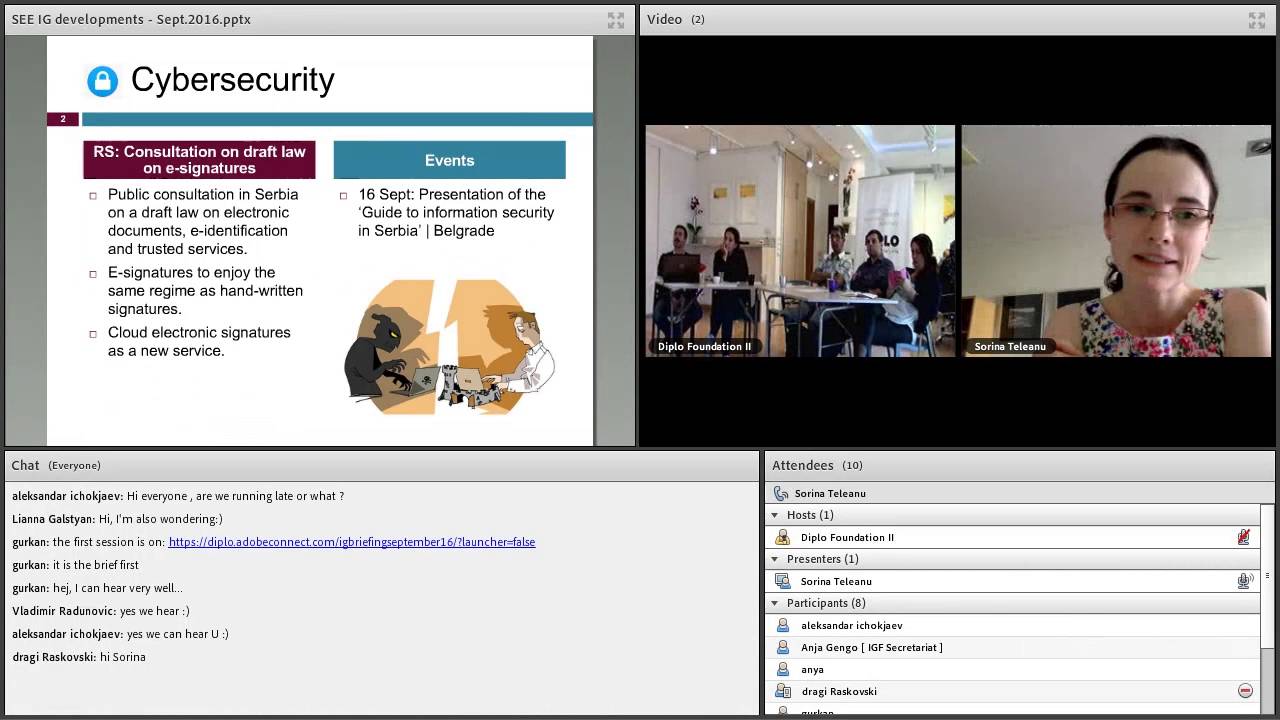 The next Internet governance briefing is on 25 October. Registrations are open. 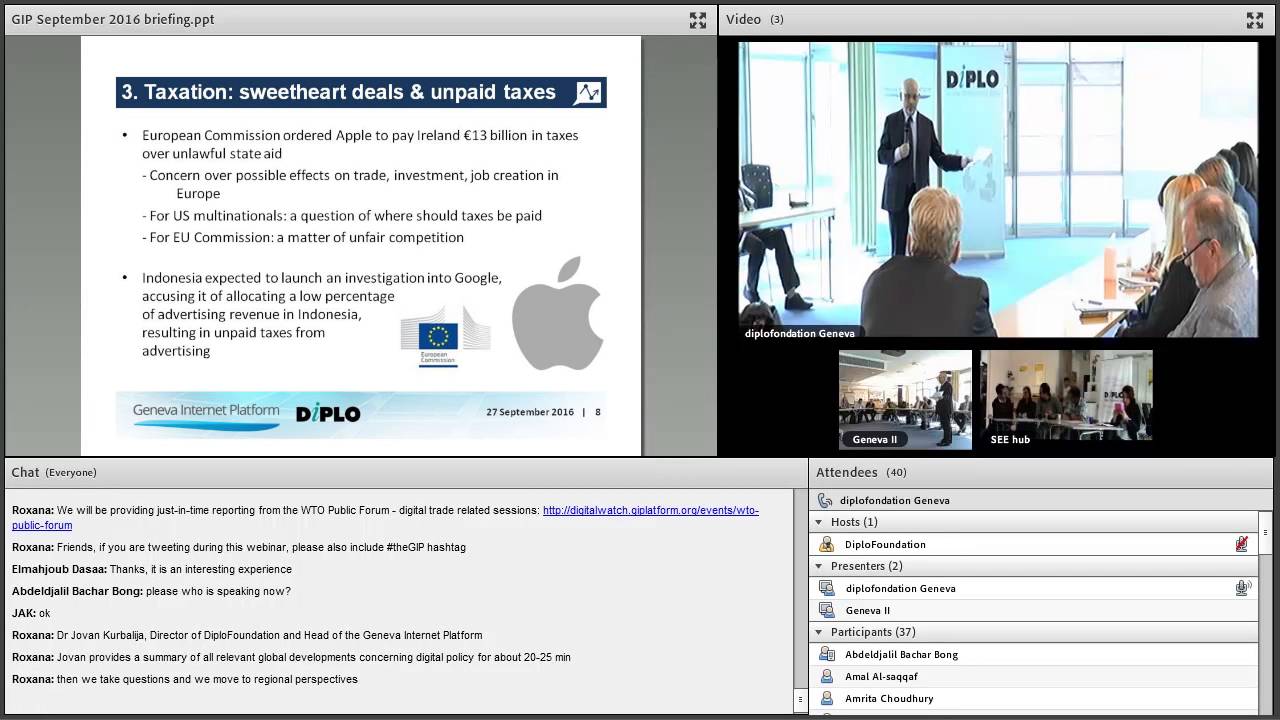 The fight for net neutrality (webinar digest and video)