You are here: Home1 / Internet governance in March 2018

The Cambridge Analytica case putting Facebook and other Internet companies under scrutiny, taxation issues in focus again as the European Commision issues tax proposals and the Organisation for Economic Co-operation and Development (OECD) releases interim report, and autonomous car accident raising safety and security issues were among the main digital policy developments in March 2018.

These and other developments, trends, and regional updates were the subject of March’s just-in-time briefing on Internet governance – our monthly appointment on the last Tuesday of every month – which took place on 27 March 2018. They were also summarised in the Internet Governance Barometer for March, and in Issue 29 of the Geneva Digital Watch newsletter, published on 31 March 2018.

Dr Stephanie Borg Psaila, Director of Digital Policy at DiploFoundation and Editor of the GIP Digital Watch observatory, gave an overview of some of the events that were held in the month on March, such as the EBU Big Data week, the UN Human Rights Council, the Internet Governance Forum (IGF) Open Consultations and Multistakeholder Advisory Group Meeting, and the World Summit on the Information Society (WSIS) Forum. She then spoke about the main digital policy updates in March, including Uber facing new licensing problems and court cases around the world; the Internet Corporation for Assigned Names and Numbers (ICANN) proposing an interim model to ensure that generic top-level domain (gTLD) registries and registrars comply with both the EU General Data Protection Regulation (GDPR) and with ICANN policies; more attempts in the USA to preserve net neutrality rules, as companies file petitions against the Federal Communications Commission decision to roll back the 2015 rules, and states work on adopting their own rules; and new initiatives from the private sector and governments in the field of artificial intelligence.

Continuing the briefing,  Dr  Jovan Kurbalija, Director of DiploFoundation and Head of the Geneva Internet Platform, gave an overview of the top trends in digital policy in March: 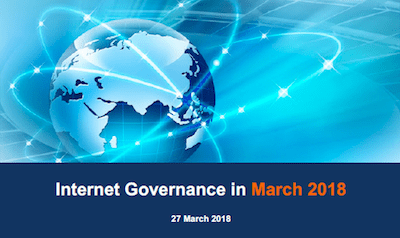 During the interactive section of the briefing, several issues were discussed: the use of encryption to protect the privacy of Internet users, and how governments see encryption tools from the perspective of national security and law enforcement activities; the digitalisation of the humanitarian sector; the use of digital technologies and big data in mediation and political negotiation; and ongoing developments in the fields of automation and artificial intelligence.

Ms Amrita Choudhury gave an overview of several digital policy developments from Asia. In Malaysia, the government met with private companies to discuss draft laws on fake news and on the taxation of large Internet companies on their advertising revenue. Singapore is reportedly exploring the possibility of introducing a law to tackle the implications of fake news. A report on ‘Dangers of Digital Surveillance’, highlighting issues of digital surveillance on journalists and human rights defenders in Pakistan, has been released by Bytes for All, Pakistan.

Providing updates from the Latin America region, Mr Claudio Lucena started his intervention by speaking about the ‘Technology for integrity’ digital platform launched by the World Economic Forum’s Partnering Against Corruption Initiative, with the aim to use new technologies as tools to fight corruption in the region. In Nicaragua, authorities are promoting legislative initiatives regarding fake news and the overall use of social networks. The region is preparing for the 11th annual meeting of the Latin American and the Caribbean Internet Governance Forum, to be held on 30 July – 3 August 2018.

An overview of updates from Africa was given by Ms Grace Mutung’u . The Court of Justice of the Economic Community of West Africa (ECOWAS) delivered a landmark judgement on Gambian speech offence laws, and directed Gambia to either repeal or amend its legislation on freedom of expression to bring it in line with the country’s obligations under international law. African heads of state signed the African Continental Free Trade Area (CFTA) on 21 March. The free trade area is aimed, among others, to support the exchange of digital goods and services on the continent.

Why NETmundial mattered and what was achieved 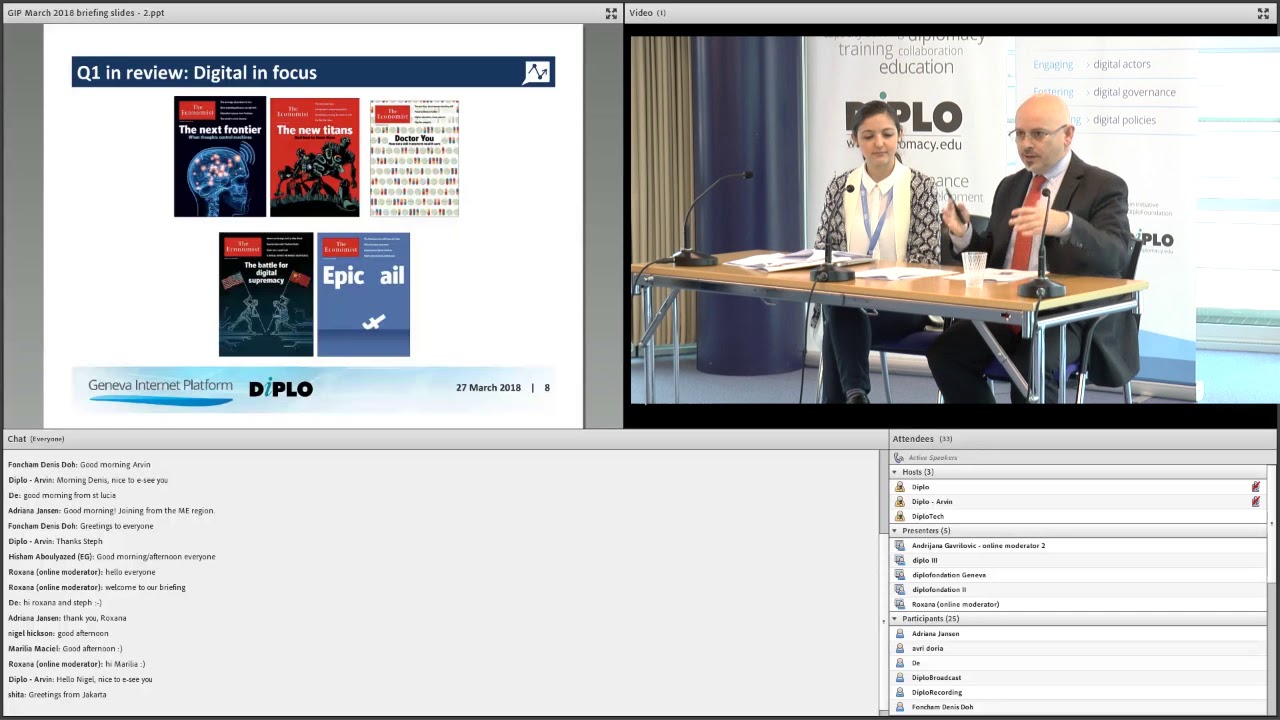 The future of work: preparing for automation and the gig economyHow a US tax amendment is bringing Apple’s profits back home
Scroll to top