The UN Group of Governmental Experts (UN GGE) being unable to reach consensus on its final report, new cyber-norms proposed by the private sector, and governments renewing calls for more regulation of the Internet were among the main digital policy developments in the month of June. These and other developments, trends, and regional updates were the subject of June’s just-in-time briefing on Internet governance – our monthly appointment on the last Tuesday of every month – which took place on 27 June 2017. They were also summarisied in the Internet Governance Barometer for June, and in Issue 22 of the Geneva Digital Watch newsletter, published on 30 June 2017.

Leading the briefing, Dr Jovan Kurbalija, Director of DiploFoundation and Head of the Geneva Internet Platform, gave an overview of the top trends in digital policy in June: 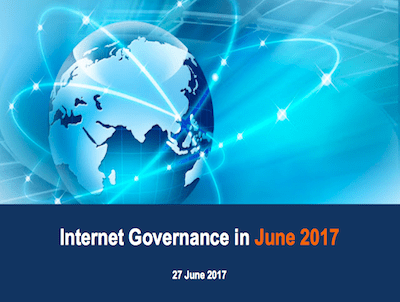 The briefing also included an overview of other digital policy issues that were particularly prominent in the public policy debate in June (including infrastructure, security, e-commerce, and jurisdiction), as well as an overview of the main Internet governance events held this month and planned for July and August. More details are available in Issue 22 of the Geneva Digital Watch newsletter.

During the interactive section of the briefing, several issues were discussed: reflections on the digital policy priorities of the Maltese Presidency of the EU (ending in June); expectations from the upcoming World Trade Organization (WTO) Ministerial Conference taking place in December in Buenos Aires; whether issues such as taxation and privacy are trade-related and should be addressed within the WTO framework; and the increasingly cross-cutting nature of digital issues.

The Rio hub, represented by Luca Belli, from the Center for Technology and Society of the Getulio Vargas Foundation, gave an overview of several digital policy developments in Brazil. A two-day public hearing was organised by the Supreme Court on the issue of blocking of online applications; most participants highlighted the fact that blocking might be a disproportional measure and less disruptive solutions should be sought for. A committee in the House of Representatives approved a bill that may prohibit any kind of data cap with regard to fix Internet connections; the bill is to be assessed by two more committees before being debated in the House’s plenary. A second phase of the government-launched Internet of Things (IoT) consultation was held in June, with the purpose of collecting information on all IoT initiatives in Brazil. A video with a more in-depth overview of regional updates and perspectives from Brazil is available:

During the South Eastern European (SEE) hub, an overview was given of the main Internet governance and digital policy developments that occurred in June in the region. In Bosnia and Herzegovina, an online platform was launched for reporting cases of discrimination. The European Commission has given green light to Croatia’s Next Generation Network (NGN) Broadband Plan, which aims at deploying NGN networks in areas where there is no connectivity, or where the existing infrastructure is insufficient. In Romania, few days after the entry into force of the EU roaming tariff cut, telecom provider RCS/RDS files a request for an overtax approval. The Serbian Cybersecurity Nexus was launched this month as a platform for stakeholders to cooperate on shaping the national cybersecurity policy environment. Ukrainian universities are to start preparing cybersecurity specialists, as the National Agency for Higher Education Quality approved a new higher education standard for bachelor degrees in cybersecurity. A video with more digital policy updates from SEE is available: 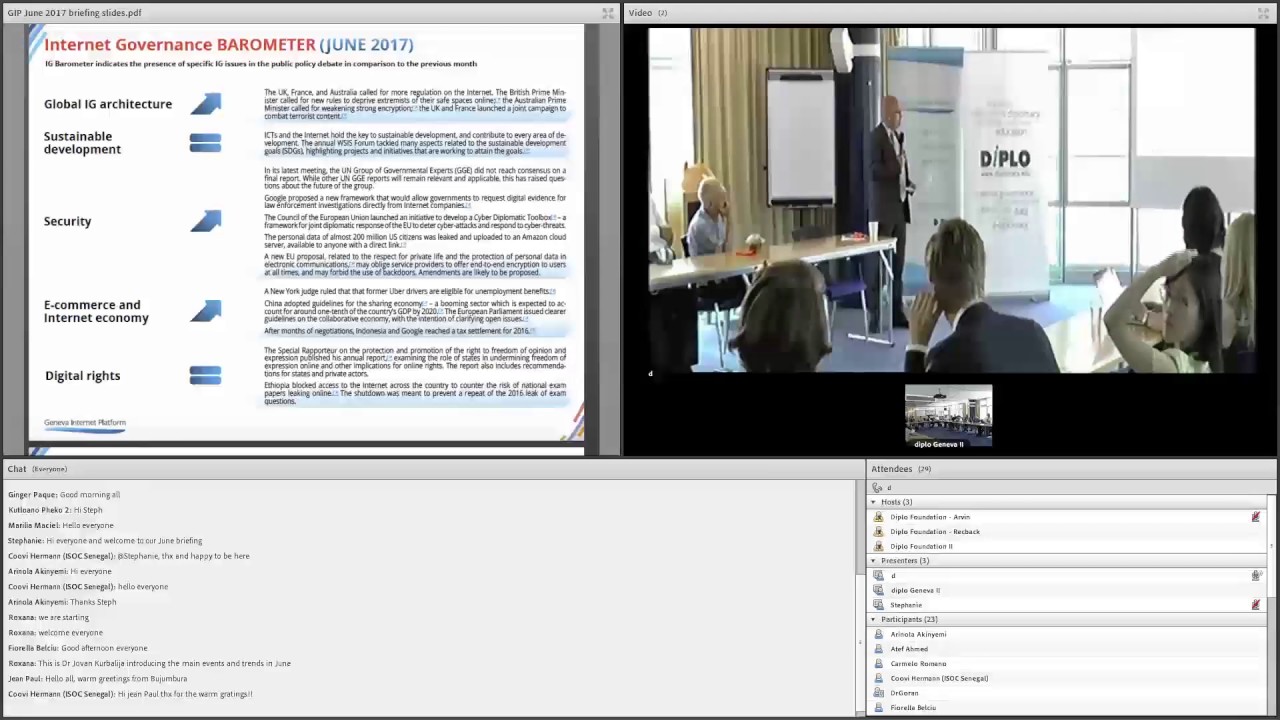