Today, on the last of a hectic few days in Bali at the IGF, the Emerging Issues session was devoted to an elephant in the room: surveillance. First broached at the High Level meeting on Day 0, it was a topic of discussion many times during the course of the IGF. High representatives of the USA, Sweden and Brazil were involved in this morning’s discussion, as well as representatives of the corporate sector, civil society, and the technical community. It’s worth noting that Jari Arkko, Chair of the Internet Engineering Task Force (IETF) was also present; the first time an IEFT Chair has participated at any IGF. 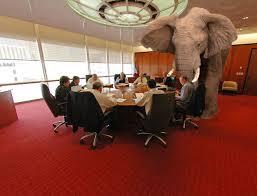 All started from general positions and then moved into open mic with lots of constructive comments by invited commenters and excellent guidance by the two moderators [Diplo’s Jovan Kurbalija being one of them]. While no significant progress was made in terms of next steps or recommendations, there were several clear references to existing international legal documents that could be applied in these cases, as well as to the Council of Europe’s complete palette of related conventions and resolutions on data protection, human rights, and security. It was generally seen as very positive that the IGF devoted one of its main sessions to such a burning emerging issue, showing that it is ready to be updated on and openly discuss any issue.

The Open Microphone session was again one of the most valuable places for anyone wanting to bring something up – especially recommendations on possible improvements with regard to topics, session formats, participation, logistics, and other details. The general view was that the organisation – besides a few glitches with visas – was excellent, among the best of all the IGFs to date.

Some Diplo statistics showed that about 25 000 people tweeted (or retweeted) #igf13 and #igf2013, while tweets with these hash tags reached out to almost 10 million Twitter users.

At the closing ceremony, Turkey confirmed its candidature to host the 9th IGF in September 2014 in Istanbul, while Mexico expressed its interest in hosting the IGF in 2016, providing that WSIS+10 extends the IGF’s mandate. It is still expected that Brazil might host the IGF in 2015.

So much to look forward to.

IGF Bali: Day 3The launch of the Arab IGF
Scroll to top