Where did all the people go? The general impression today was that there were too few people in the rooms. With formal confirmation that over 1500 people collected badges, it seemed that only about half were really there … maybe the others were at the beach! 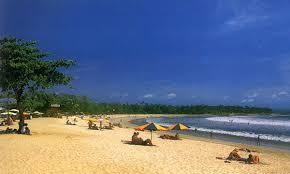 In the only workshop on e-participation, a final version of the E-participation for IG Principles was collaboratively drafted during the discussion. The workshop emphasised the opportunities to use e-tools for participation throughout the year between IGFs as well as during the event itself, in order to actively engage more participants and on an equal footing.

Options for involving people with disabilities and the challenges facing e-participation (e.g. infrastructure and a lack of skills needed to involve and communicate with remote participants and to bridge the space between online and in situ participants) were also discussed in the context of connecting wishes/needs and reality. Experiences of other forums and institutions (e.g. UNESCO and the ITU) were shared.

Both remote participants (including two people who were blind) and in situ participants had a good discussion and worked on the collaborative online document. The agreed bottom line was that e-participation needs to be understood much more seriously than it has been thus far within the IGF. Systematic and timely (year-ahead) planning, resources (both human and time), and finances are needed to make this happen.

The Capacity Building Roundtable gathered several institutions and discussed the obstacles to and potential for capacity building in the IG process. All agreed that capacity building is much more than simply training or bringing fellows to the IGF; it involves in situ and online training, mentoring, tutoring and coaching, training for trainers, evaluation of training, fellowships and process emersion, community facilitation, and more.

The general feeling was that capacity building has become ‘a bumpersticker’. Many speeches from both governments and the private sector here in Bali were full of capacity building, but in reality not many support it, and perhaps fewer still understand the complexity of it.

A general call was made for governments and the private sector to move beyond rhetoric and to invest serious money in IGF capacity building activities. Several follow-up steps were agreed in order to strengthen the coordination of various capacity building programmes around the IGF and to showcase their impact on the IGF.