You are here: Home1 / Ten years of Internet governance – Tens of thousands of copies – Ten lan... 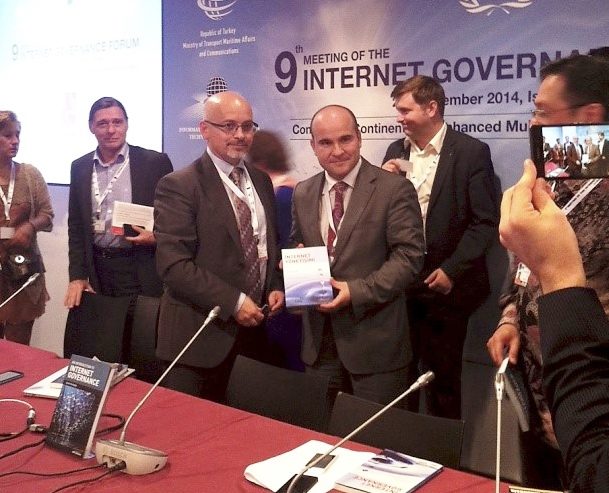 Prof. Dr İzzet Gökhan Özbilgin (pictured), from the University of Turkish Aeronautical Association and the Informatics Association of Turkey translated the book into Turkish. He commended it for helping to overcome the various policy silos: ‘ This book is not only for field experts, regulators, or engineers but also for students and individuals with different backgrounds, providing them with the fundamental basis of Internet governance’, he said. Turkish is the tenth language into which the book has been translated. ‘Although we are all from different countries and speak different languages, we began to communicate with the same language about the terminology of Internet governance with the help of this book’, he added.

Mr Hendarwin (Darwin) Saputra, from the Indonesian Service Provider Association (APJII) spoke of how the classification of topics explored in the book – infrastructure and standardisation, sociocultural, development, legal, and economic – formed the basis of the second Indonesian IGF. Three thousand copies were printed and distributed to stakeholders, including the government sector.

Ms Fatima Cambronero, from Argentina, a member of the Diplo Community shared her reasons for translating the latest edition into Spanish. ‘There is a lack of content in Spanish related to Internet governance’, she said. ‘This book is very useful for people who are being introduced to the world of IG; those who need to understand the basic issues involved.’ 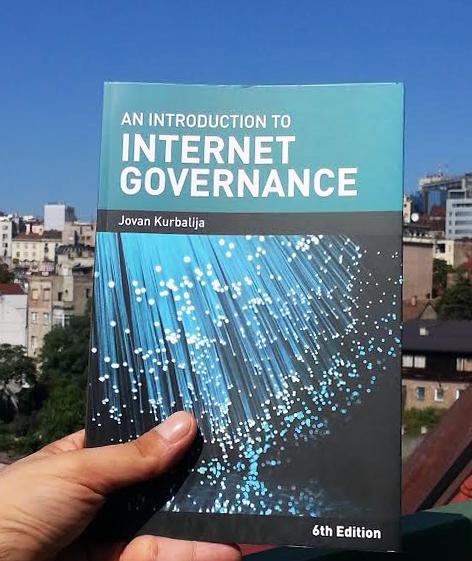 Mr Fahmi Albaheth from Yemen said that the book was an excellent introduction to IG. He added: ‘We are now going to launch the national IGF and I can say that the whole process started with this book.’

Mr Andrey Shcherbovich from the National Research University in Moscow described the book as one of the best introductions to Internet governance; one that is equally appealing to lawyers, economists, political scientists and so on. ‘It provides the most comprehensive way of understanding the issues’, he said.

Dr Jovan Kurbalija, the author, said that updates in the 6th edition mainly related to data protection, surveillance and privacy, new economic business models built around data, and protection and management of digital assets. Internet governance is therefore moving gradually from the ‘expected’ or traditional places, to new forums where Internet-related issues will be discussed.  He added that it is clear that IG is moving much faster. A seventh edition, mostly focusing on the acceleration of IG after the Snowden revelations, is in the pipeline.

The launch, attended by more than 40 enthusiasts, included those familiar with the Arabic and Russian translations. Interest was expressed about translating the latest edition to Turkish, Spanish, Thai, Russian, and Arabic. The pdf version is downloadable from Diplo’s website.

There is webinar today on the outcomes of IGF2014

E-commerce in Europe: consultations, court rulings, and other updates in September

Day 4 of the 9th IGF in Istanbul

Overcoming policy silos: the next challenge in Internet governance
Scroll to top