You are here: Home1 / High optimism and low realism mark the start of the 9th IGF in Istanbu...

The opening session of the 9th IGF in Istanbul featured 21 speakers from government, business, academia, and civil society.

The rhyming terms high optimism and low realism have floated to the top of a textual analysis of the opening statements, as has the rather counterintuitive experience (from an IGF perspective) that usage of the terms related to commonality was low on the first day. 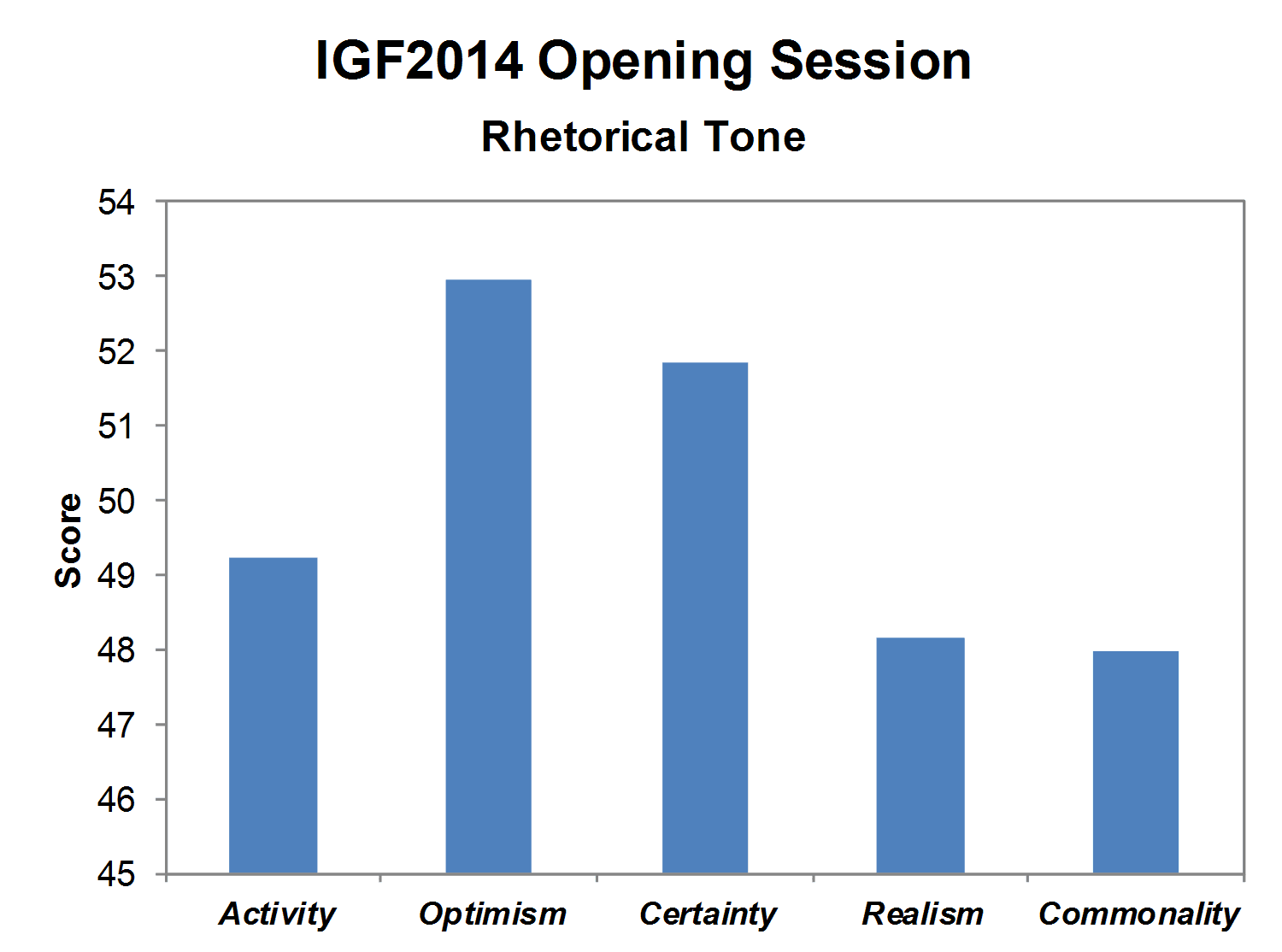 A detailed analysis of all statements in these five rhetorical tone categories is available here. 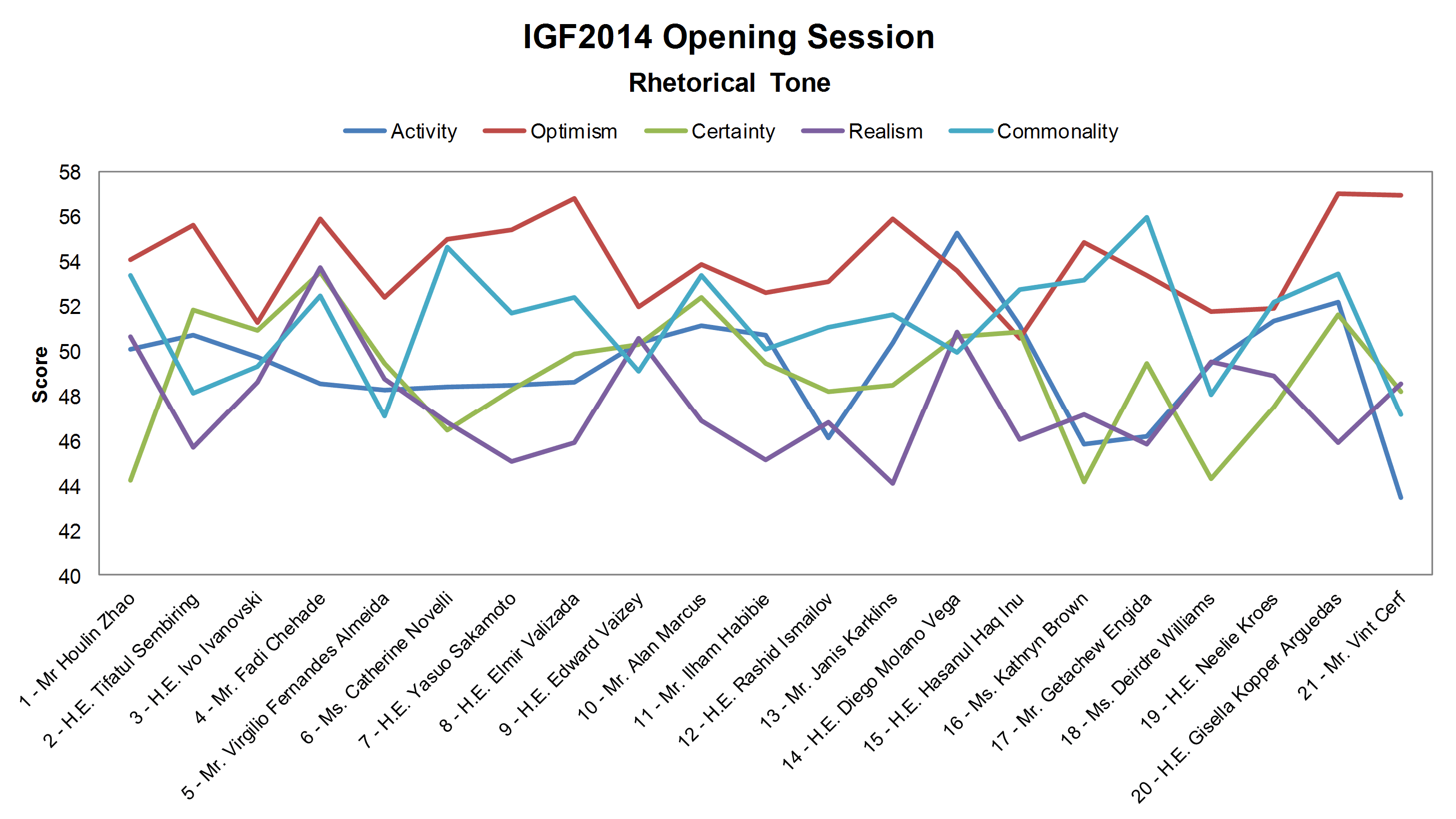 In the prefix competition, one that had almost disappeared from IG language, re-emerged this year due to NETmundial. Net is ahead of those traditionally leading prefixes ‒ e-, cyber, and digital.  Another notable change, in addition to Net’s re-emergence, is the move from e- to digital. e was the main prefix in the early 2000s  and during the WSIS process, when it described e-commerce, e-health, and other WSIS follow-ups. One of the main explanations of this evolution from e- to digital is a switch in the EU’s lingo. In the early 2000s, the EU’s Lisbon Agenda was an e-agenda. The EU switched to digital partially to signal a new start to its digital policy and to distance itself from the mixed results of the Lisbon agenda. 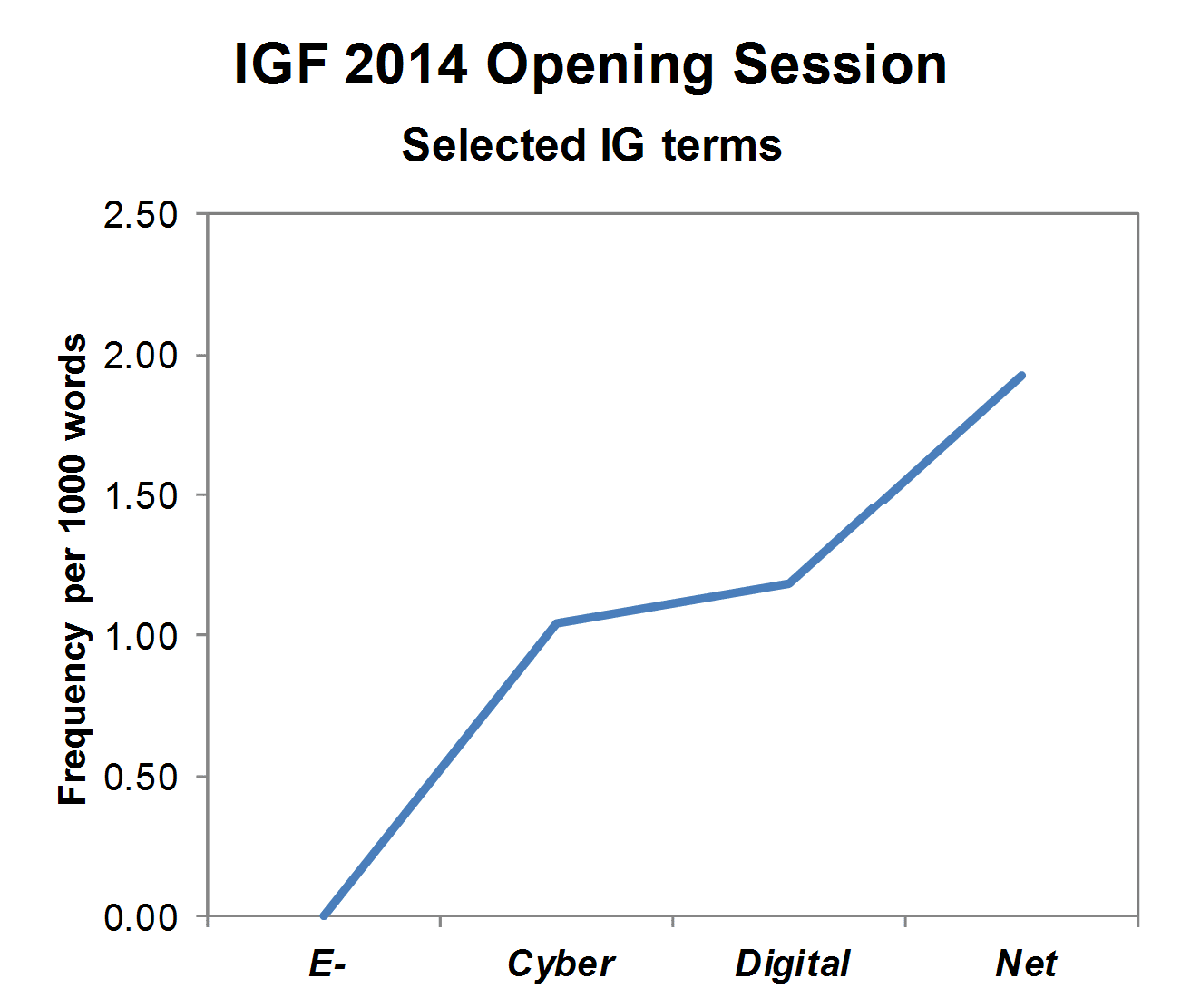 Consult the complete analysis of the IGF’s opening statements here.

Subscribe to updates on new initiatives run by DiploFoundation and the Geneva Internet Platform.

Note: This analysis was prepared by Dr Goran Milovanović.

Opportunity or destruction: Imagining the future of big data and artificial intelligence