DiploFoundation is strengthening its team of experts on digital policy and Internet governance. We are proud to welcome two well-known names in the IG field as full-time staff members:

Marília Maciel and Sorina Teleanu. Both Marília and Sorina will support our major projects including the Geneva Internet Platform (GIP) and the GIP Digital Watch observatory. 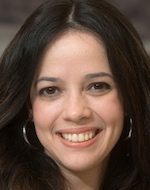 Marília Maciel joined us in August as Digital Policy Senior Researcher. She will provide expert support for various digital policy projects and activities, including research, training, teaching and fundraising. She is an academic from Brazil, with ten years’ experience in IG and policy development. She previously coordinated the Center for Technology and Society of Fundação Getulio Vargas Law School in Rio de Janeiro (CTS-FGV) – now the host of GIP’s Brazilian hub – and conducted her research in IG and human rights. CTS is one of the main think-tanks in Internet policy and regulation worldwide, and has been a key player in the development of important pieces of legislation in Brazil, such as the Civil Rights Framework for the Internet (Marco Civil).

Marília has significant experience in working in international and multistakeholder fora. She has been actively involved in the Internet Governance Forum, the WSIS Forum and the Commission on Science and Technology for Development (CSTD). She was a member of the CSTD Working Group that produced a report on IGF improvements. From 2008 to 2011 she was a member of the Remote Participation Working Group, responsible to assist the creation of IGF hubs around the world.

Marília serves as a councillor at ICANN’́s Generic Names Supporting Organization (GNSO), representing the Non-commercial Stakeholder Group (NCSG). She was one of the five co-chairs of the NETmundial Initiative and a member of the Executive Multistakeholder Committee of NETmundial, a body responsible for preparing the outcome document of this meeting, based on the input from stakeholders. She is currently a member of the working group on Digital Development and Openness of the Freedom Online Coalition.

She has a background in law and international relations, with a focus on e-democracy and cybersecurity policies. Sorina Teleanu joined DiploFoundation in February, and will be working from Diplo’s Malta office as Digital Policy Senior Researcher.

Sorina previously worked as an advisor in the Romanian Parliament, where she dealt with ICT-related legislation and policies. She also served as the alternate representative of the Romanian Government to ICANN’s Governmental Advisory Committee.

Sorina has been a long-time volunteer to the IGF Secretariat and EuroDIG. She was also a fellow and consultant at the IGF Secretariat. She is now part of the core team that coordinates the South Eastern European Dialogue on Internet Governance (SEEDIG), a sub-regional IGF initiative launched in 2015.

Sorina is an alumna of DiploFoundation’s Internet Governance Capacity Building Programme, ICANN’s Fellowship Programme (now serving as a member of the fellowship selection committee), the Internet Society’s Next Generation Leadership programme, and the European Summer School on Internet Governance.